Are you beyond confused by the title of this recipe? No there is not actual goat meat in these brownies. What sort of freaky chef do you think I am. (Watch that becomes the latest food trend in 5 years…) Rather there is goat cheese in the brownies. Rich, chocolatey brownies that are topped with a  goat cheese cheesecake infused with fresh raspberries to be exact. Makes more sense now? Great. 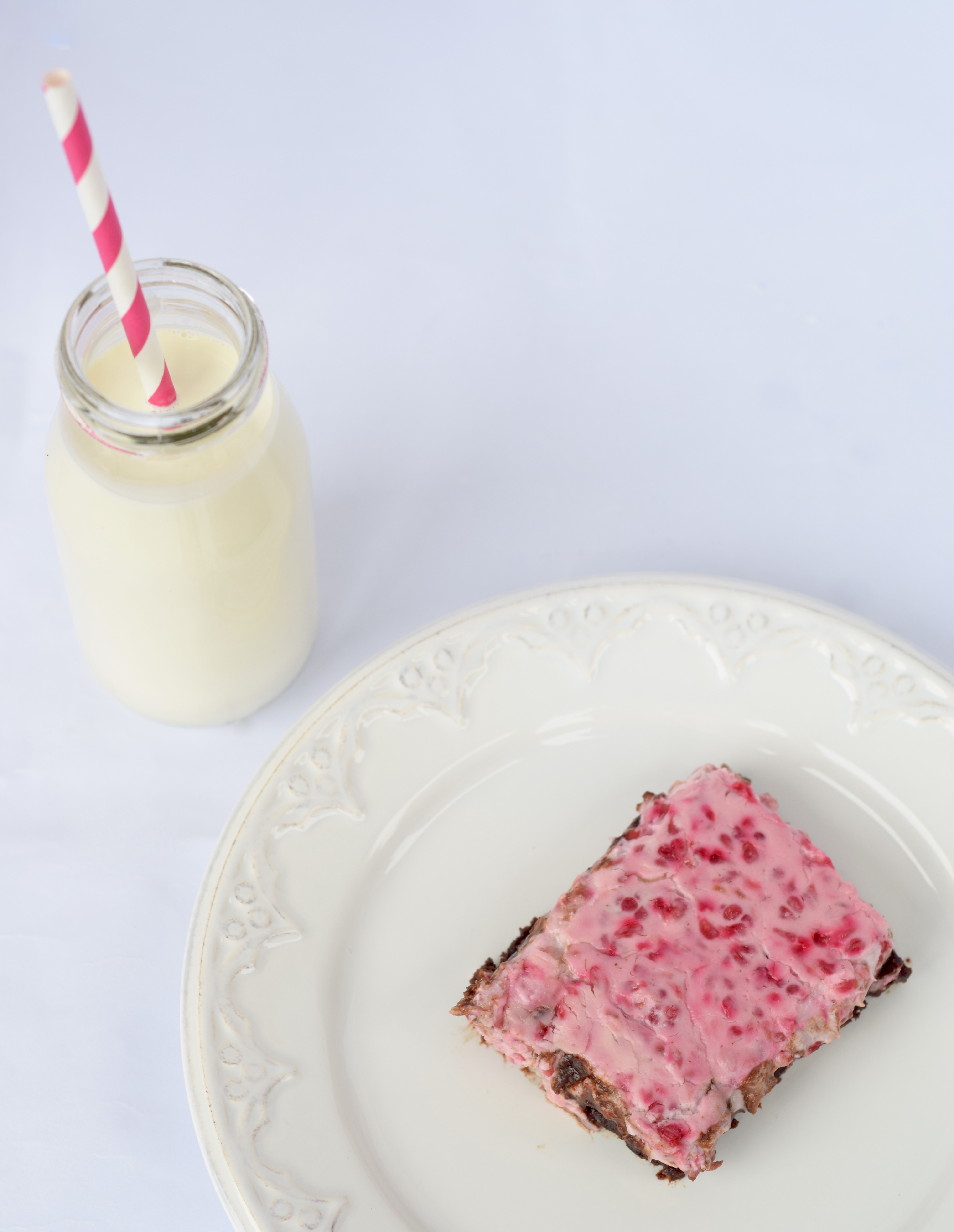 Perfect for upcoming Valentine’s Day (gag) or how we prefer to eat them, while binge watching Making A Murderer. The creamy cheesecake combined with the fudgey brownies makes this treat one you may not want to share. 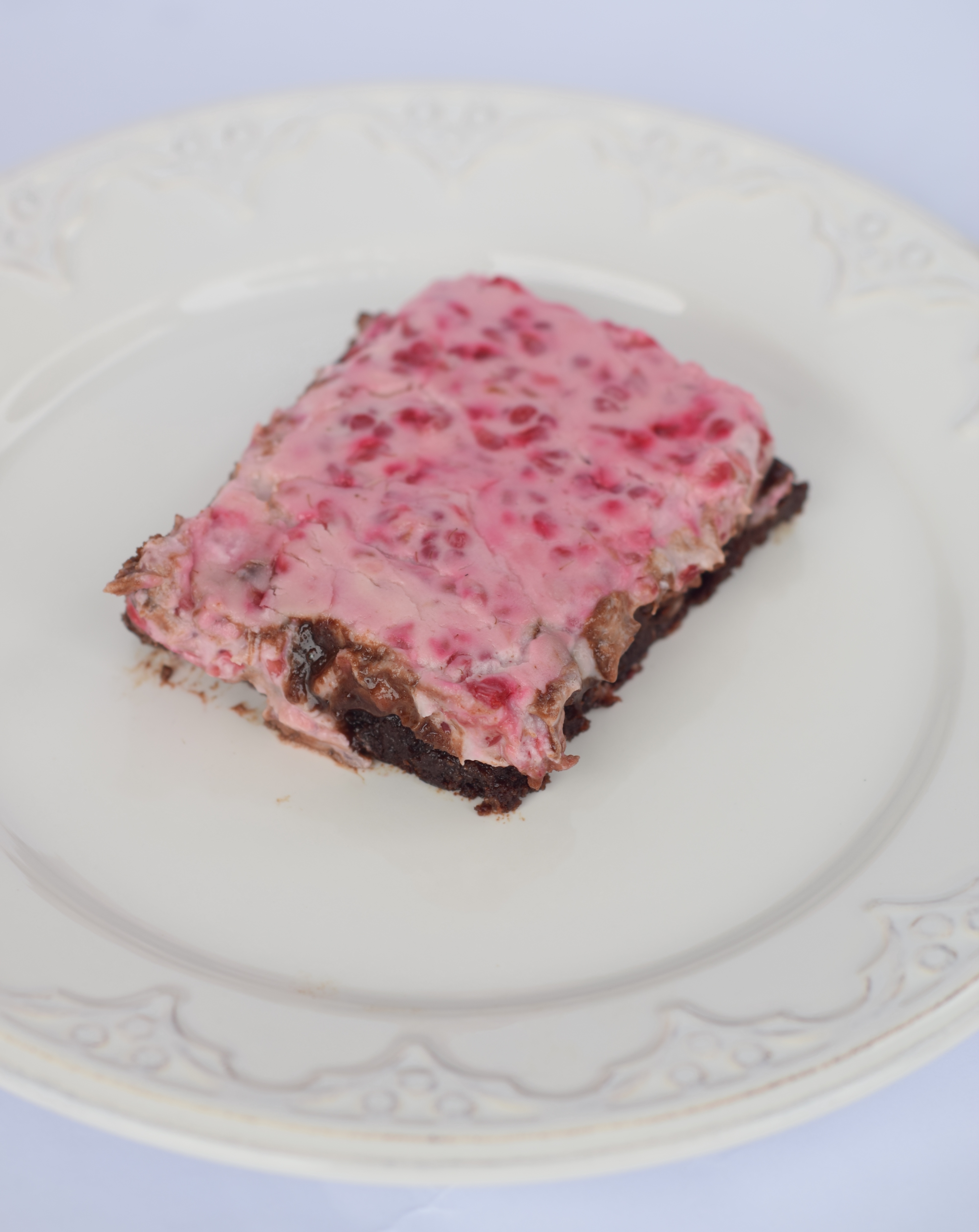