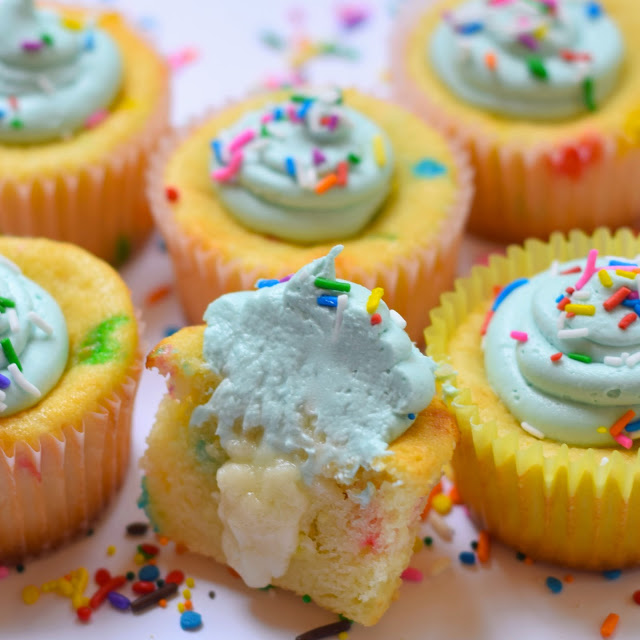 Last week I went to Molly’s Cupcakes in Chicago (they also have locations in NYC & Iowa City). I was instantly hooked & named it my new favorite cupcake spot in the city. Knowing I would be spending the next month in Cleveland, where they do not have a location, I became obsessed with figuring out the secret recipe. 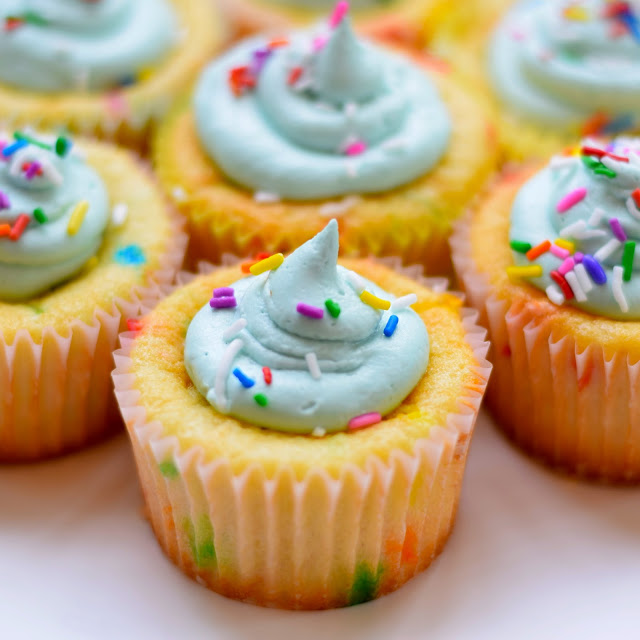 My first thought when I took a bite into this cupcake was how eerily familiar the center cake batter tasted. I knew I hadn’t tried the cupcakes before & wasn’t sure why it tasted so familiar. Then it hit me, it tasted exactly like boxed funfetti cake mix sans eggs & sprinkles! That’s when I decided I needed to figure out the recipe for myself. 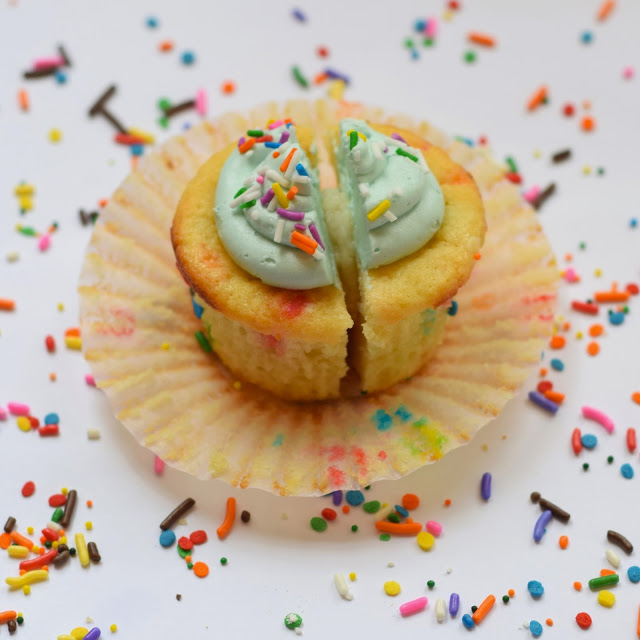 This recipe is truly catered to those of you who don’t professionally bake & just want to eat a great cupcake. I even went as far as using a turkey baster to remove the center of the cupcake instead of using one of those fancy gadgets that do it for you. Now if you have one of those tools or want to go buy one, by all means, go for it! For the rest of us who are too lazy & want a cupcake NOW, this recipe is ready for ya. 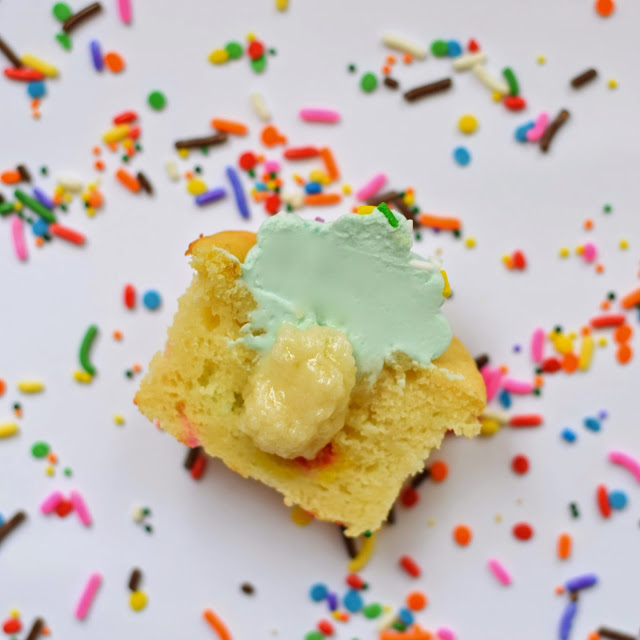 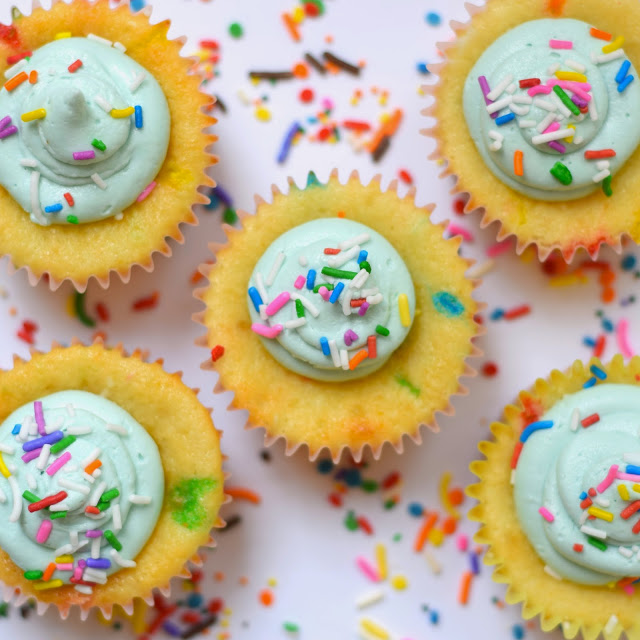 A few boxes of cake mix & tons of flour & sugar later, I now present to you, what I think, tastes exactly like a Molly’s Cupcake! 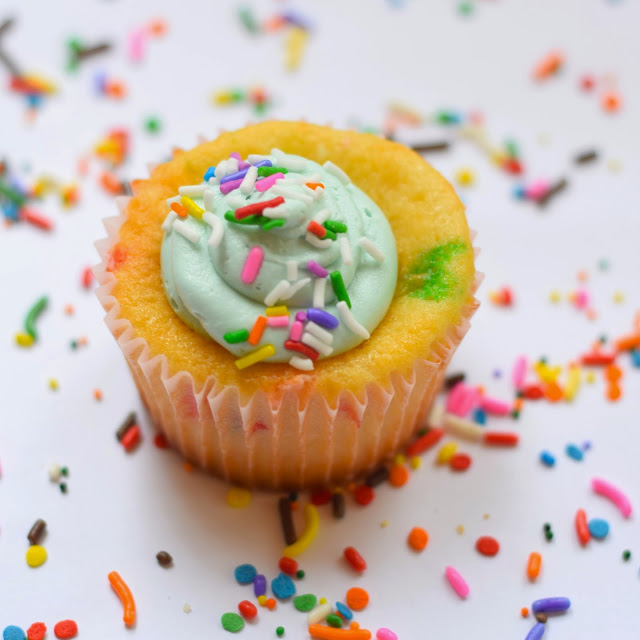 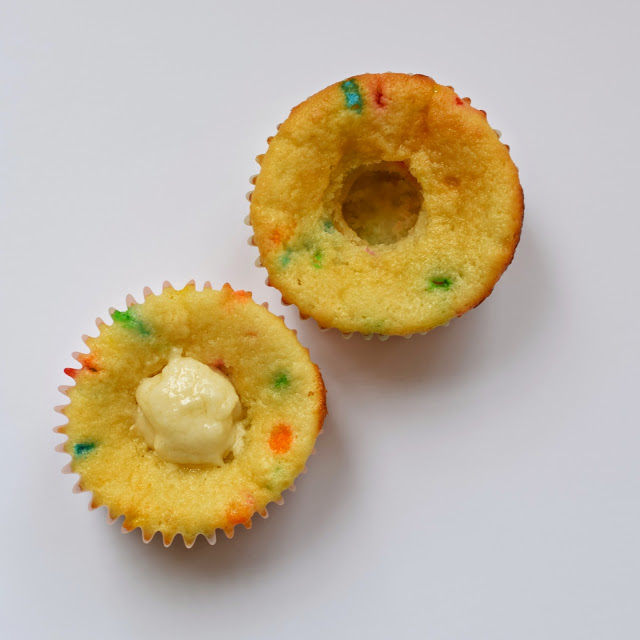 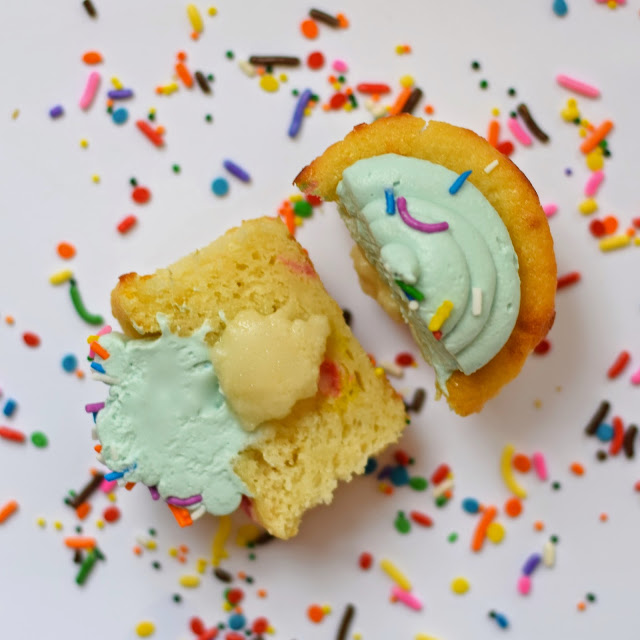 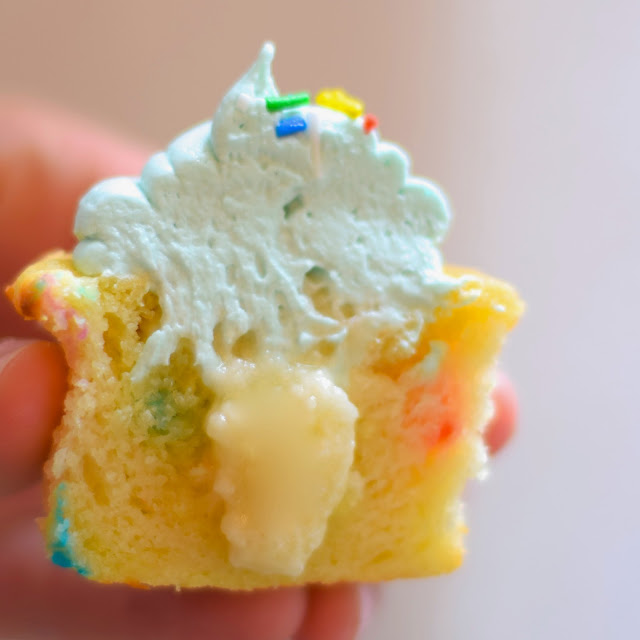