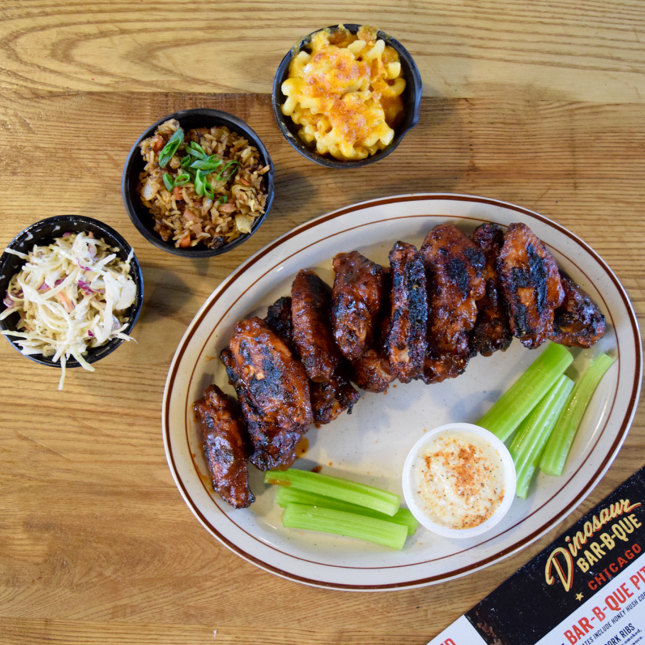 Dinosaur Bar-B-Que may be relatively new to Chicago but the restaurant itself has been around since the early ’80s. While they’re expanded locations the restaurant concept has remained the same. With locations in New York, Connecticut, New Jersey, Maryland, & now Illinois, Dinosaur Bar-B-Que has made quite a name for itself in the BBQ world. After a tour of the spacious new Chicago location, where they slow-cook all of their meats, we sat down to enjoy a typical BBQ meal with some not so expected treats. 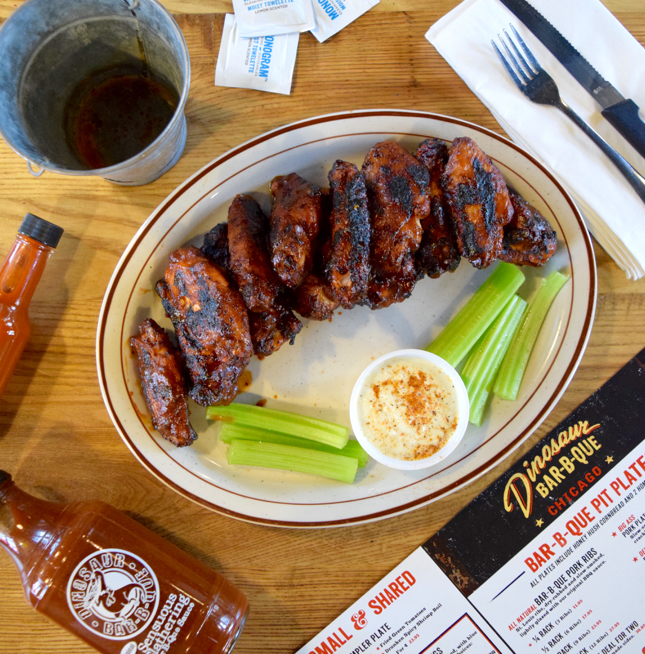 We started with a classic: Honey BBQ Wings. Served with celery & blue cheese dressing, we understand why this place is known for their wings. The meat was juicy & the sauce wasn’t overly sweet. Wings are a safe dish at a BBQ restaurant so we thought we’d explore further & see what Dinosaur Bar-B-Que had to offer. 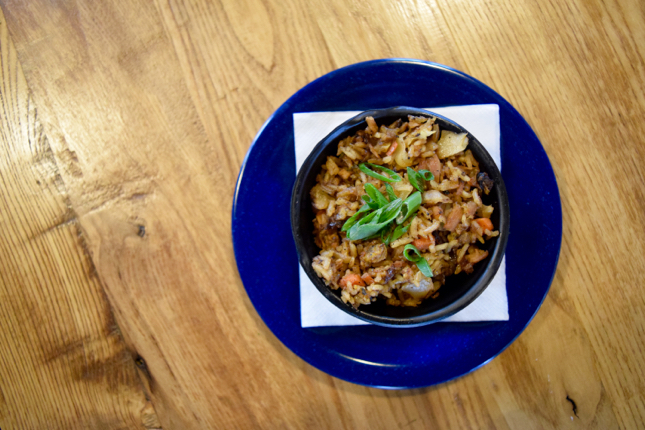 Next up we ordered the BBQ Fried Rice with BBQ meats. As a dish that originated in China, we were a little surprised to see this on the menu but it ended up being our favorite dish there. In an attempt to reduce waste, the Fried Rice is made with recycled meats so you can never be certain exactly what you’ll be getting but you can guarantee it will be delicious. 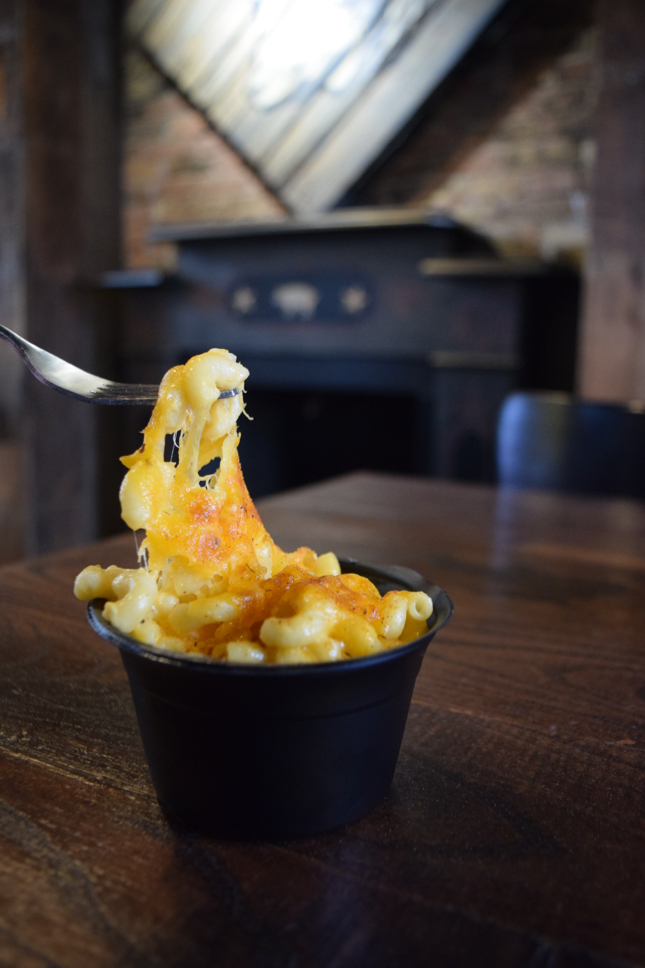 Our next side dishes were more on trend with the BBQ theme: Mac & Cheese & Crispy Coleslaw. The Mac & Cheese was creamy with a broiled top leaving you with a combination of delicious flavors & textures. Unlike the Mac & Cheese, the Crispy Coleslaw wasn’t exceptionally creamy. Most places drown their coleslaw in mayo yet Dinosaur flavors their coleslaw without doing so, leaving you with an incredibly fresh & enjoyable side to an otherwise heavy meal. 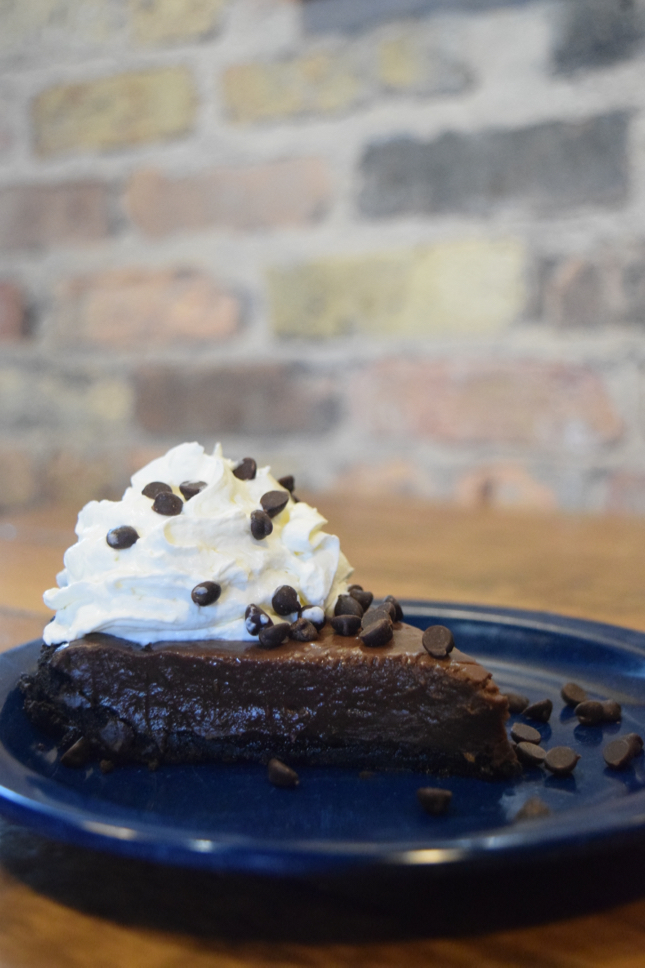 Last but not least we had another unexpected, but most certainly enjoyed, surprise: Dino Cheesecake & Chocolate Ice Box Pie. Having no idea Dinosaur Bar-B-Que even offered desserts, this is one part of the meal we’re glad we were soon made aware of. Obviously here at PLSR we have quite a sweet tooth & the two we tried at Dinosaur did not disappoint. The Cheesecake, which otherwise was a classic slice, was topped with a whiskey caramel sauce, making it the perfect fit for an after BBQ meal. The Ice Box Pie, made with an OREO crust, was not quite as fitting but just like the Fried Rice, we definitely enjoyed it. 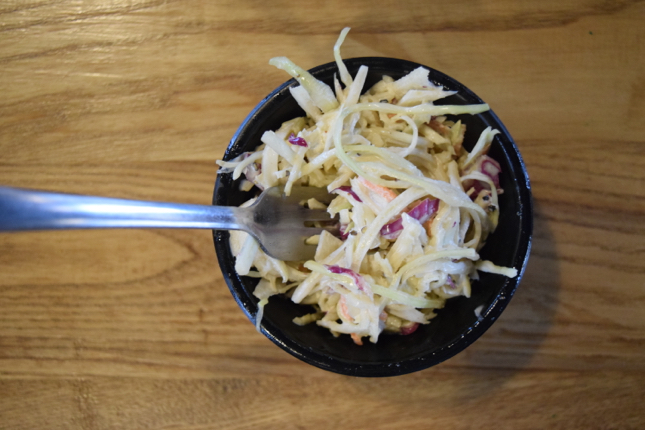