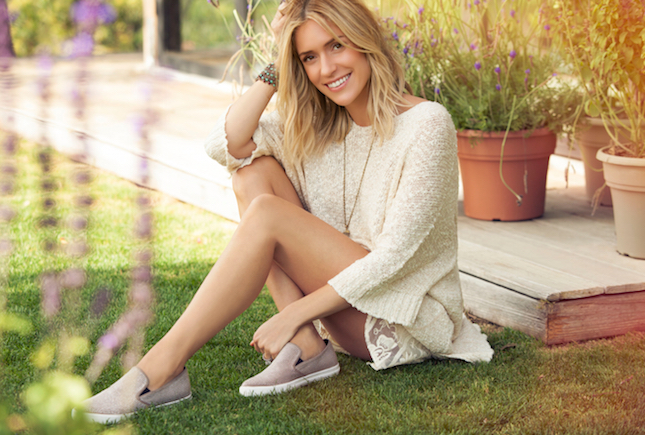 Known for her gorgeous looks, stunning style, & growing up in front of the camera, Kristin Cavallari spills that her life is way different than we’re used to seeing on Laguna Beach & The Hills reruns now-a-days. The mom, author, entrepreneur, designer (Emerald Duv & Kristin Cavallari – Chinese Laundry) & wife to Chicago Bears quarterback, Jay Culter, tells us her days are probably more similar to yours than you would imagine- that is aside from the occasional book tour & hosting gig. Somehow, someway, Kristin manages to balance it all & she reveals just how she does so in her New York Times Bestseller, Balancing In Heels. We chatted with Kristin about her everyday life, the latest fashion trend (that some would claim she brought to life years ago), & of course, her favorite recipes. 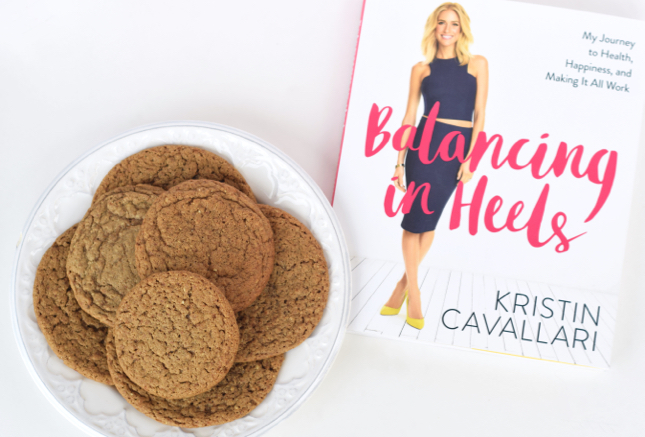 The impressive mom of three begins her days around 6:45am, right when her kids start to wake up. Some days she naturally gets up at 6 & while the rest of us are fighting to go back to sleep, Kristin enjoys this solitary time to get a head start on breakfast & their daily routines. Running the kids to & from school, working out, making lunch & dinner, giving the kids baths, & going through their bedtime routines is a typical day in the life of Kristin. Once the kids are asleep, she binges on shows (lately it’s AMC’s The Walking Dead), is asleep by 10, & then does it all again the next day. Speaking to how her life has drastically changed over the past few years, Kristin tells us with a laugh, “My days were always full, but now when I look back, I’m like what did I do all day?”

With such a busy agenda it’s easy to fall into a pattern of fast food & an inactive lifestyle, yet Kristin manages to do quite the contrary. In Balancing In Heels, Kristin goes in-depth about what foods she will & will not eat or give to her family, but confessed to us that she makes her lifestyle attainable by allowing herself her favorite indulgences. “I have the same guilty pleasures…before I would just eat any old cupcake from wherever and it probably had…corn syrup in it and whatever else. Now I’ll eat cupcakes but…I’m either going to make them or I’m going to buy them from a place where I know they don’t have additives in it.” Tweaking her favorite old recipes to encompass her healthier lifestyle has become much easier now that Kristin is nearly a pro in the kitchen. A few years ago Kristin wasn’t able to make a dish from scratch on her own, but now she truly enjoys making her own recipes. While she doesn’t prefer cooking to baking or vice versa she does feel cooking is a bit easier. On the contrary, she loves baking because it’s often accompanied by one of her favorite people, her son Camden. “Camden loves helping in the kitchen and it’s easier to have him help when I’m baking because I can just measure things out and then he’ll put it in the bowl or stir things up.”

As someone who spends a lot of time in the kitchen, Kristin revealed some of the appliances she can’t live without. Her vegetable chopper, spiralizer, and Dutch oven are some of the gadgets she’s always using in the kitchen. 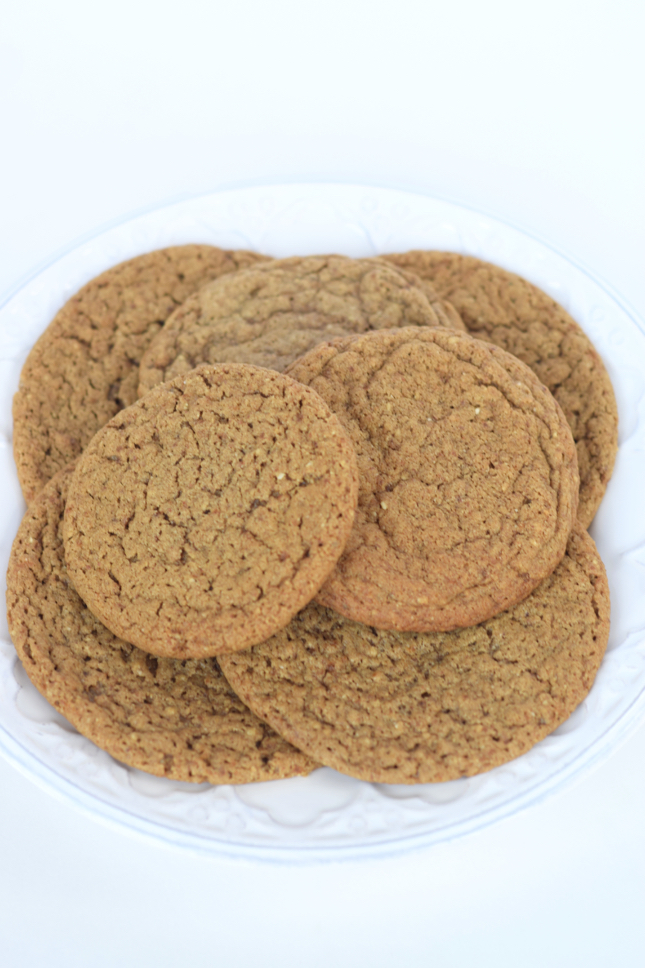 With husband Jay Culter playing in the NFL, Kristin has rounded up quite a few healthy (but still tasty!) recipes that she loves to prepare for game day. “Bacon wrapped butternut squash is always a big one” Kristin told us, but our jaws dropped when Kristin revealed her dairy free version of one of our favorite recipes. “I’ve done a healthier version of an artichoke spinach dip,” which she substitutes coconut cream  for regular cream to keep all the taste without the guilt. Another staple on game day is chicken tacos which Kristin prepares with, “garlic, chili powder, cumin, whatever you want to throw in there”. Kristin’s recipe for Slow Roasted Chicken, which can be used for Chicken Tacos, appears in Balancing In Heels alongside other recipes great for game day such as a Cheeseless Queso Dip & a Ranch Dressing alternative. 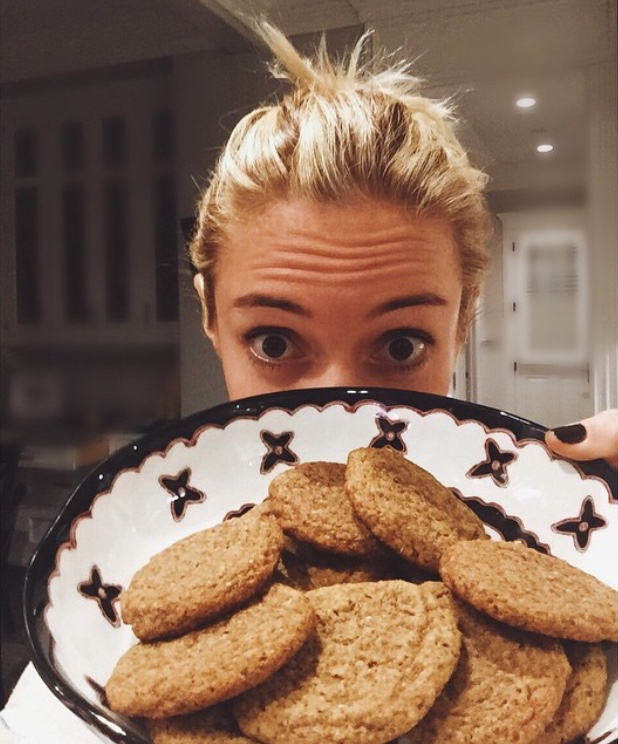 In an attempt to eat only the healthiest of foods, Kristin incorporates lots of fish and veggies into her meals. When dining out, however, Kristin can get pretty adventurous with her meals. “The craziest food I’ve ever eaten was [when] I had fried frog legs…” Kristin says while thinking back on the experience, “Well it was fried so I guess it really wasn’t that bad. I think it was mentally a little bit scarier than it actually tasted.” Fried frog legs along with liver paté were two of the strangest foods Kristin has ever had. Both of which she credits husband Jay, who is a fan of those dishes, to opening the door for her. “He’s become a pretty adventurous eater in the last couple of years. Actually the first time he ever had sushi was with me & he didn’t even tell me…I found out like a year later. He just sucked it up and ate it,” Kristin tells us while reminiscing on her many date nights with Jay. Some of their favorite spots for date nights or dining out with the entire family include Guild Hall when they are at home in the Chicago suburbs. When they venture to downtown Chicago for a fun night out filled with delicious food, their go-tos include Siena Tavern (full review here) & Bar Siena. During Jay’s offseason they spend quite a bit of time in Nashville, where they adore Sinema & Rolf and Daughters. When they are back in California, Kristin makes sure to visit spots such as Izaka-ya as well as “M Café and Urth Caffé…I like some of the healthier kind of places”.

Aside from recipes & nutrition, Balancing In Heels, covers everything from building an empire to Kristin’s favorite workout routines, motherhood & of course her trend setting style tips. Kristin, who was often seen sporting a black choker during her MTV days, laughs that the trend has made a comeback. “I think it’s so funny that that’s cool right now. I don’t think I’ll ever wear a black choker like I did on Laguna Beach.” She is, however, a fan of the look, finding it “really sexy” but Kristin says with a laugh, “No, I will not be buying a black leather band that I just wrap around my neck anytime soon.”

Balancing In Heels, shares over 20 of Kristin’s homemade recipes, so if you’re wondering where she gets her inspiration from you came to the right place. Kristin revealed that she finds recipe inspiration from food magazines that she modifies to fit her healthy lifestyle. Aside from the magazines, some of her most frequented go-tos are Thrive Market, Goop, & food accounts on Instagram. Her absolute favorite recipe, however, comes from someone closer to home-her dad, whose meatballs & sauce top everything. Although this recipe doesn’t appear in Balancing In Heels, Kristin dished that she’s hoping to do a cookbook in the future & will be sure to put that recipe in there. We already can’t wait for that one, Kristin! 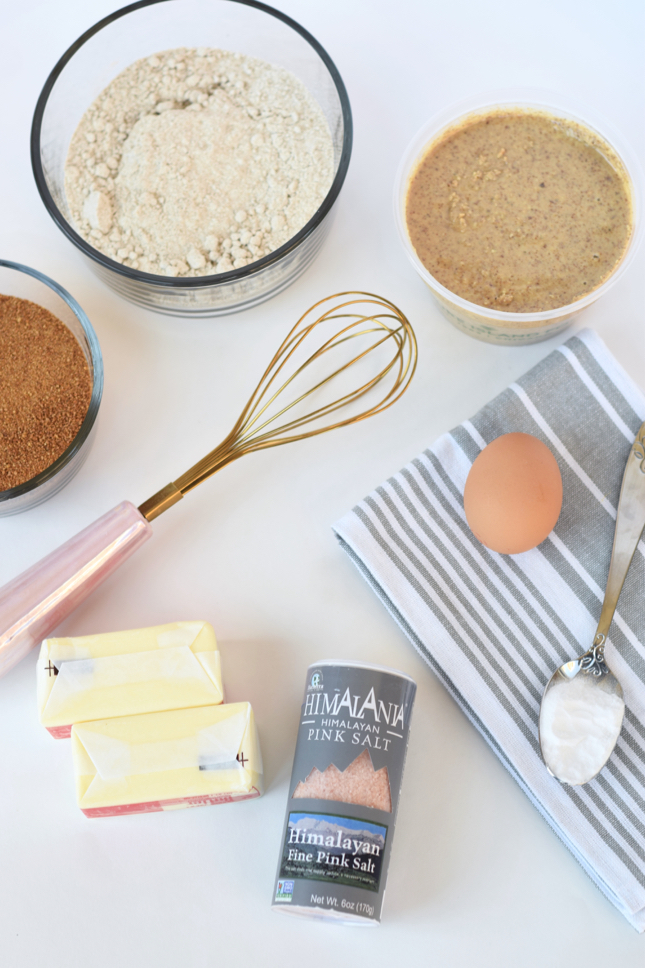 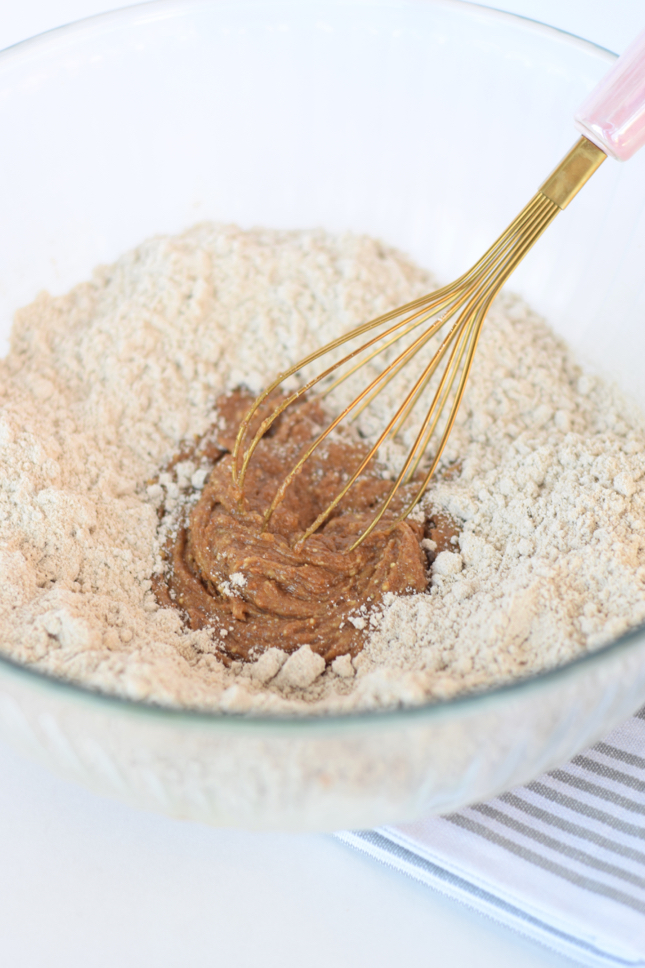 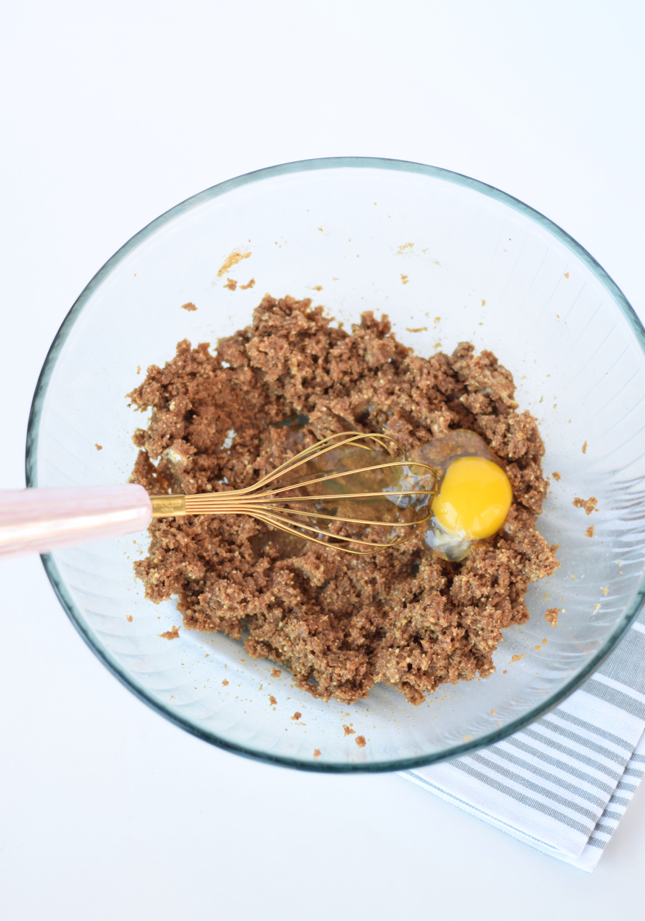 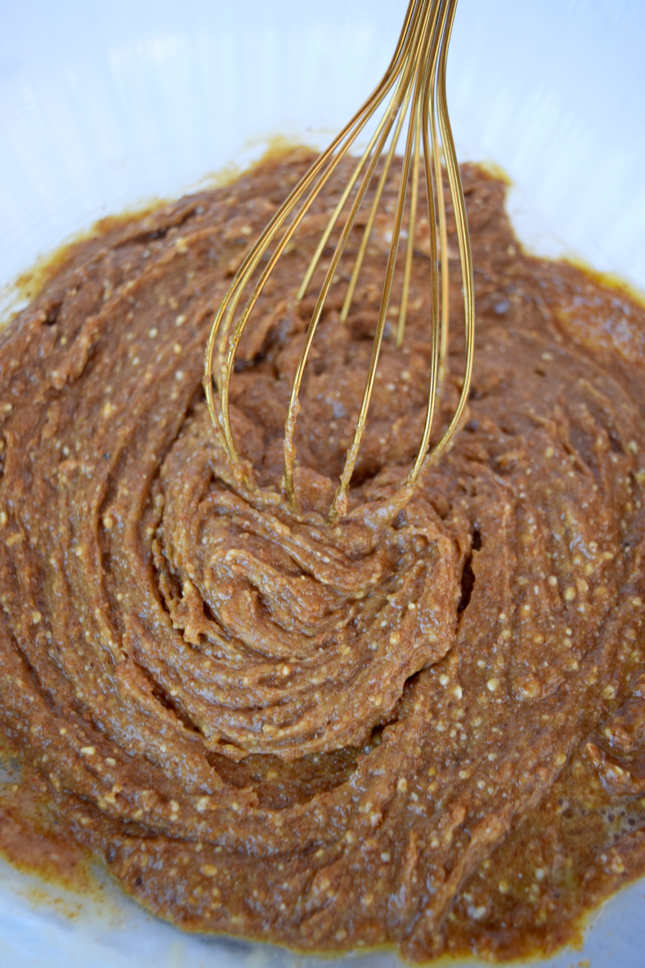 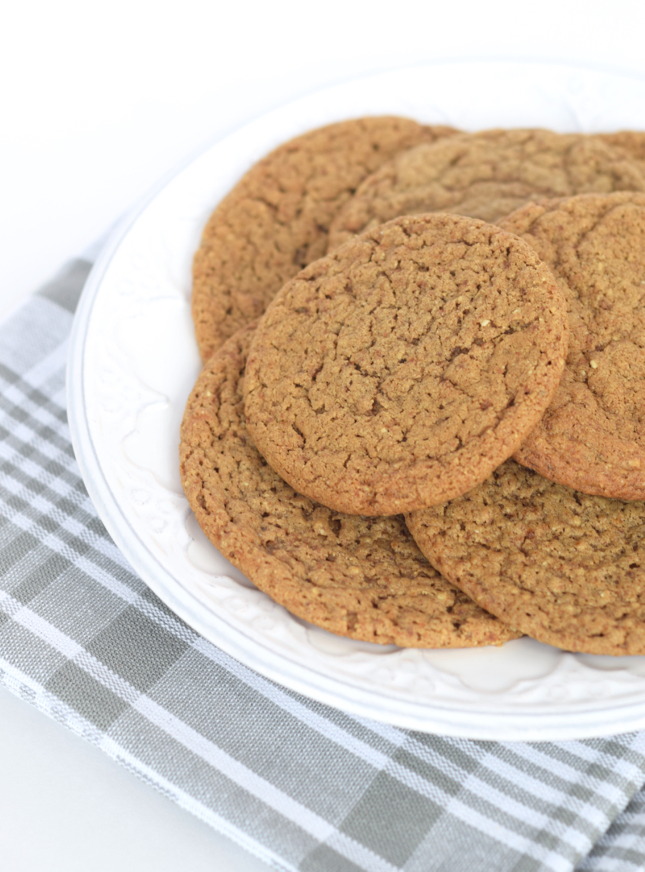