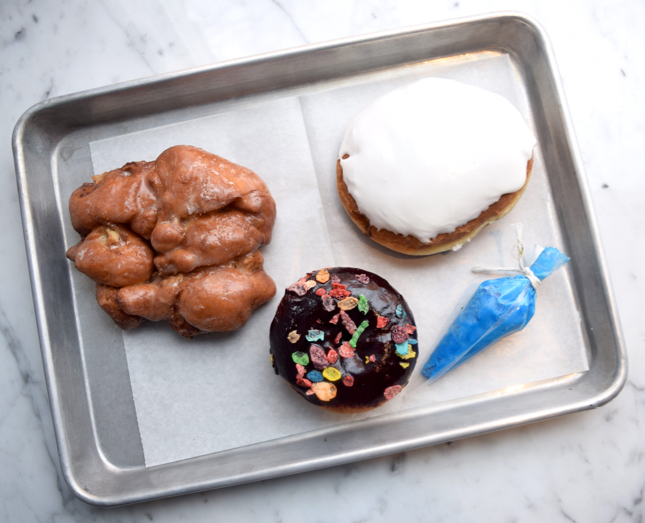 Hailing from Northern California where a neighborhood donut shop could be found on every corner, Dana Lanier founder of Doodle’s Doughnuts, was sad to learn this wasn’t the case in other cities. After relocating to Philadelphia, Dana decided to take this batter into her own hands. As someone who has baked her whole life & had master cake & bread recipes Dana was excited to begin making donuts on her own. After nearly 4 years of creating donuts in her home kitchen & a year and a half of recipe development for her new venture, Doodle’s opened their doors in Old Town, Chicago in spring 2016.

We were pleasantly surprised with how much we enjoyed each & every option we ordered. From the candied bacon to the legendary Doodle Doughnut itself, we’ve got the rundown of everything you must order at this shop. 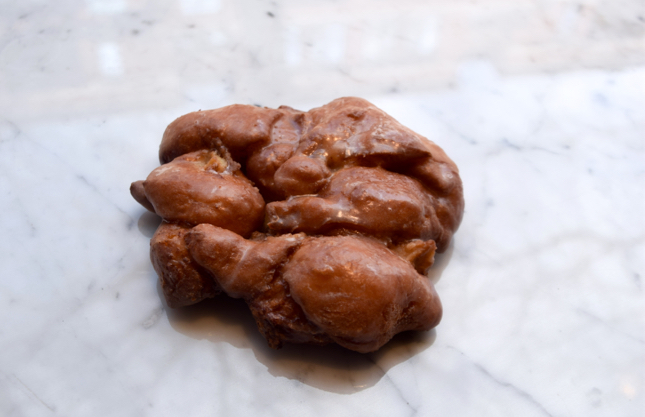 The apple fritter is a classic & comes highly recommended. Typically apple fritters can be heavy on the cinnamon The mixture of a crumbly outside with a super moist inside was flawless but our favorite part about this fritter? The glaze. In fact, all of the donuts at Doodle’s were glazed to perfection. The ratio & flavor profiles were on point & fitting to each & every donut on the menu. 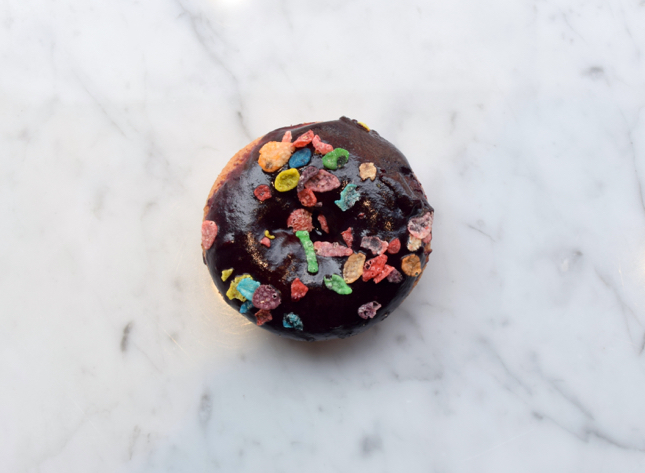 Next up we tried the Blueberry Cake doughnut. Purely judging a book by it’s cover when choosing this one, we were happy to confirm it tasted as good as it looked. This super sweet option tasted like a mix of cake & donuts (hence the name) & was covered in a super fresh blueberry glaze with a sprinkle of Fruity Pebbles. The crunch from the cereal added a delightful touch to the otherwise extremely soft donut. 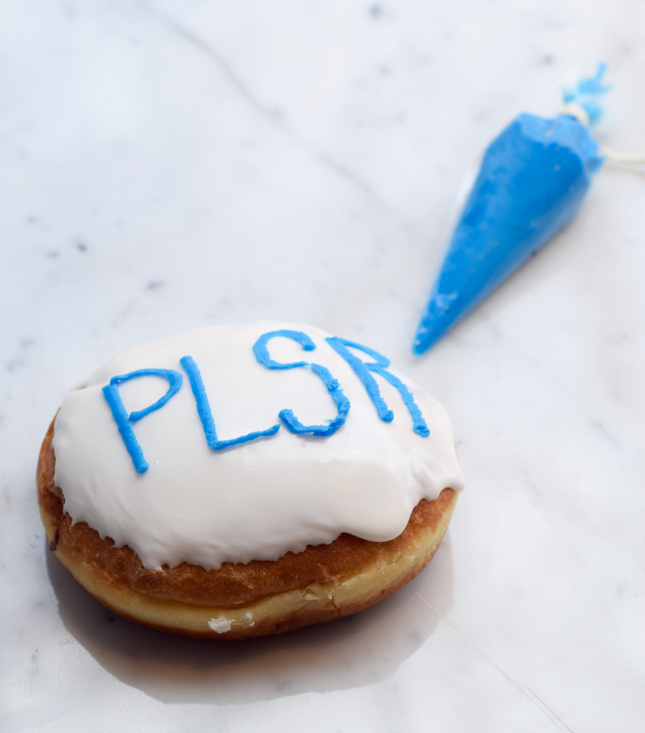 Our absolute favorite donut however was the Doodle Doughnut: a Bismark donut with chocolate or vanilla (we picked chocolate) cream filling & topped with white icing. Each Doodle Doughnut is served with your pick of a flavored & colored mini piping bag that truthfully is enough to completely decorate (doodle) your donut & pour some leftover frosting straight from the bag to your mouth. We went with the blue blueberry flavored & are really hoping they start selling this frosting in bulk; it’s that good. 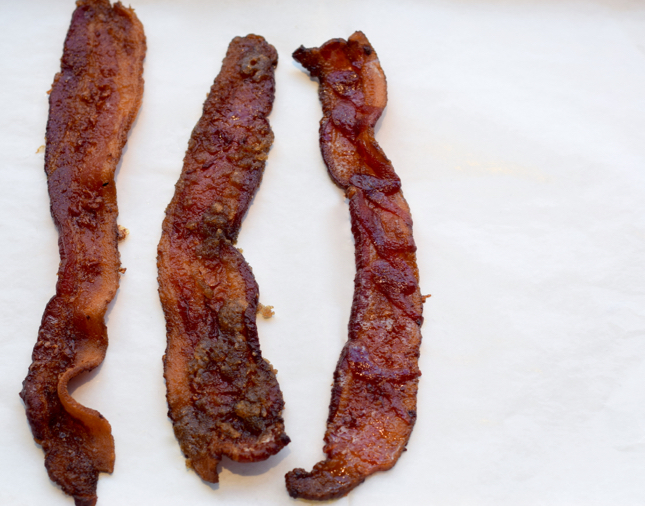 As for the bacon, you have choice of three flavors: Smokey, Candied, or Honey Sriracha. Word to the wise, order at least one of each. It’s nearly impossible to pick a favorite of the three as all three are extremely unique & will satisfy a different taste bud. The Smokey bacon is your more typical bacon flavoring while the Candied is much sweeter & the Honey Sriracha leaves you with a kick. 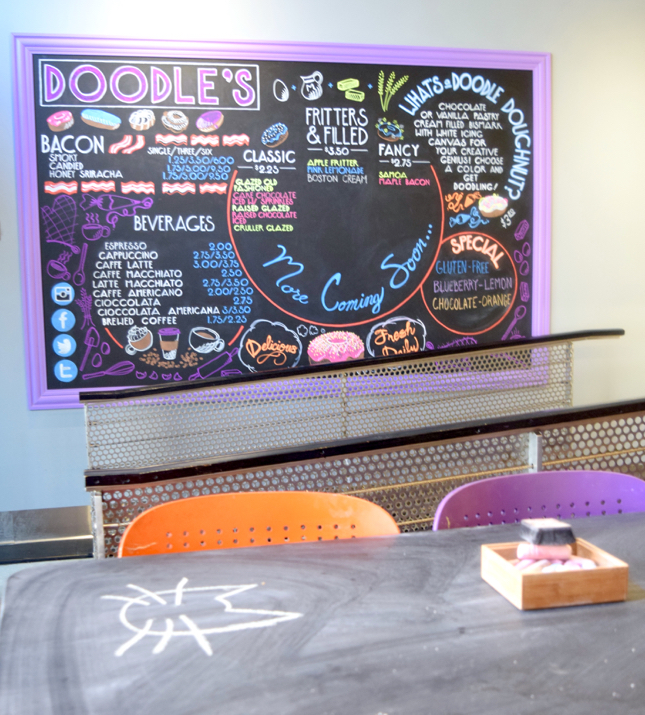 The staff at Doodle’s Doughnuts is extremely knowledgable, super friendly, & will happily share their favorites if you’re torn about what to order. Our word of advice? When in doubt: order a donut & a slice of bacon to get that perfect salty & sweet mixture. Or you can always opt for their Maple Bacon donut which combines the two into one.

Make sure to check out Doodle’s Doughnuts at 1419 N Wells St, Chicago, IL 60610. Unlike most other donut shops, they’re open all day long (until either 9pm most nights & 12am on the weekends!) allowing you to get that sugar fix for breakfast, lunch, & dinner.