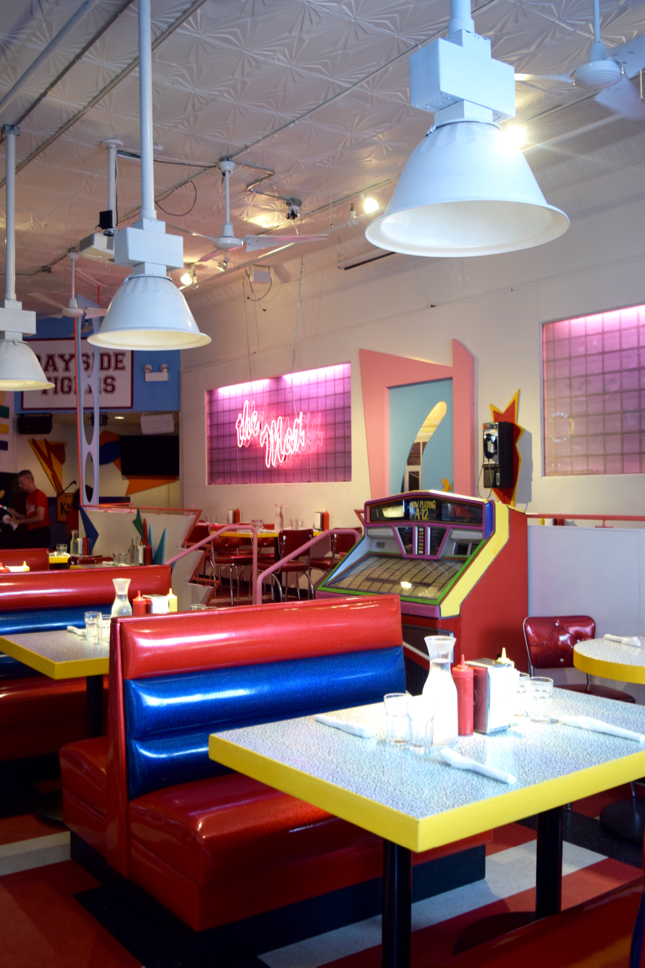 Nearly 27 years ago NBC debuted a sitcom based around high school daily lives & it instantly became a household name, Saved By The Bell. Almost 23 years since it went off the after following 4 seasons & a few spinoffs, Derek Berry decided it was time to bring the show to life again. No, he didn’t pick up another season or write another spinoff, instead he turned the characters favorite hangout, The Max, into a real life restaurant, Saved By The Max, in Chicago, Illinois. 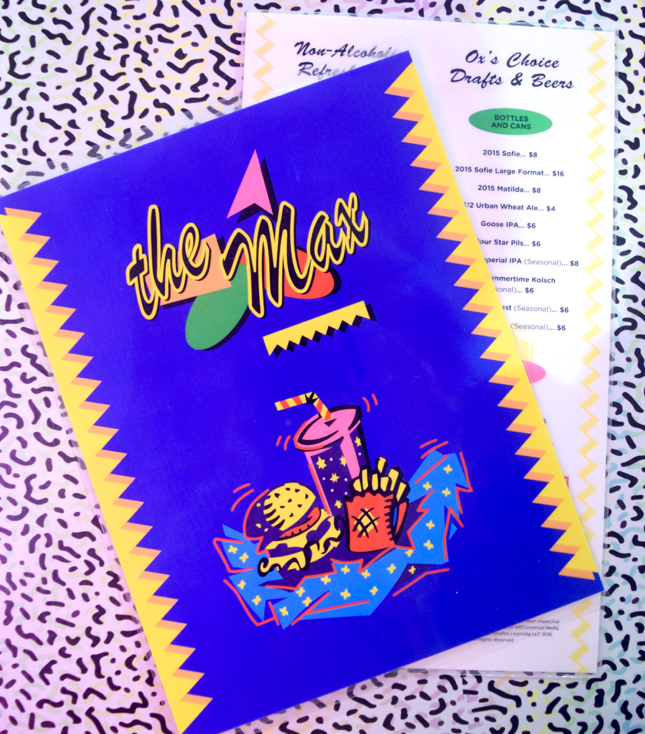 With initial ticket sales selling out almost instantaneously, Saved By The Max restocked & extended it run until December 31st. Fans of the show from all over the world have gathered to relive their favorite ’90s sitcom while dining on food from Michelin-star chef Brian Fisher. With every dish paying homage to either a character, episode, or show innuendos, we truthfully didn’t expect the food to be much. Yet with Fisher behind the scene we were astounded by the dishes we enjoyed at Saved By The Max. 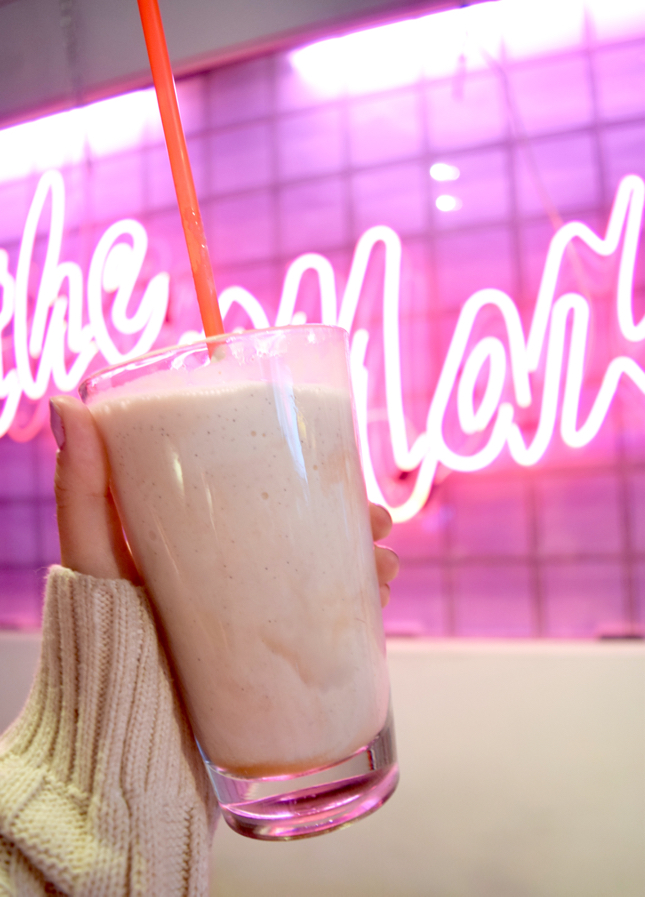 First up was the “Lisa Turtle Milkshakes”. Our flavor of the day was vanilla peach & we’re praying it’ll be the same on our next visit (yup, we already have plans for a return). The peach was present without being overbearing due in part to it’s vanilla counterpart. The perfect drink to wash down all we ordered, this milkshake is a must order. 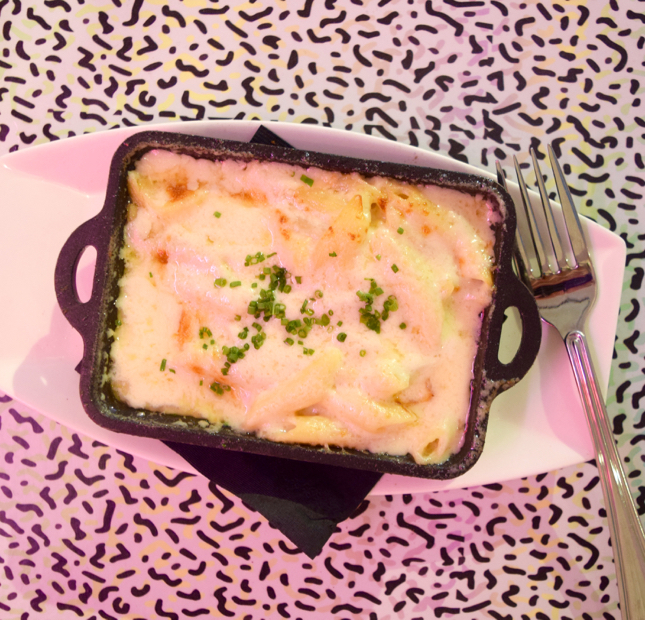 We started off with the “Mac & Screech” appetizer which we’ll admit we ordered purely for the name. However with the thick, smooth cheese that coats the penne noodles topped off with a quick bake in the oven to get a crispy top this was easily one of the best mac & cheeses we’ve had to date. 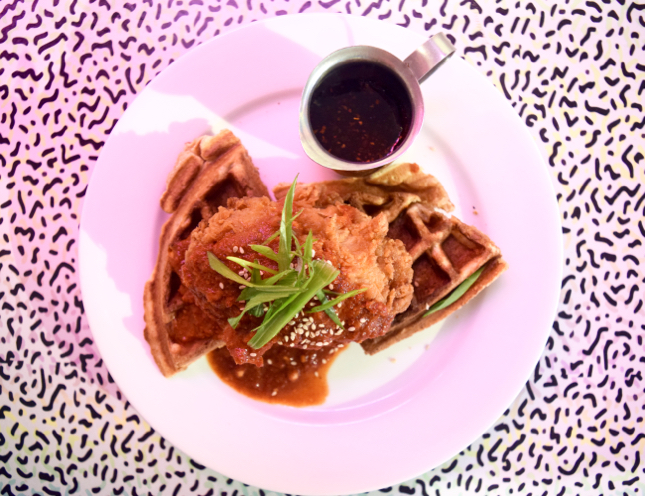 For our entrée we opted for the “Tori’s Fried Chicken”. Goose Island 312 & coconut milk waffles paired with Korean fried chicken made for one extraordinarily flavored dish. Although sweeter than it was spicy, the thick spiced maple syrup that accompanied this dish is necessary to cut the spice in the chicken if you’re not a fan of spice. We still aren’t sure whether we preferred the chicken with or without the syrup. Guess we’ll have to get it again to decide… 😉 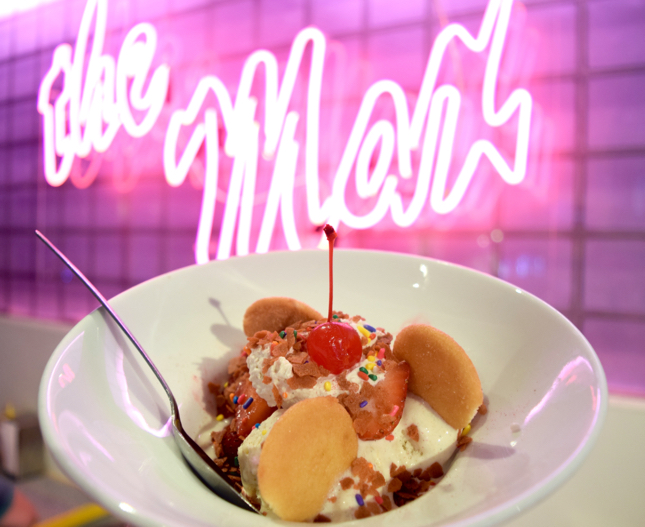 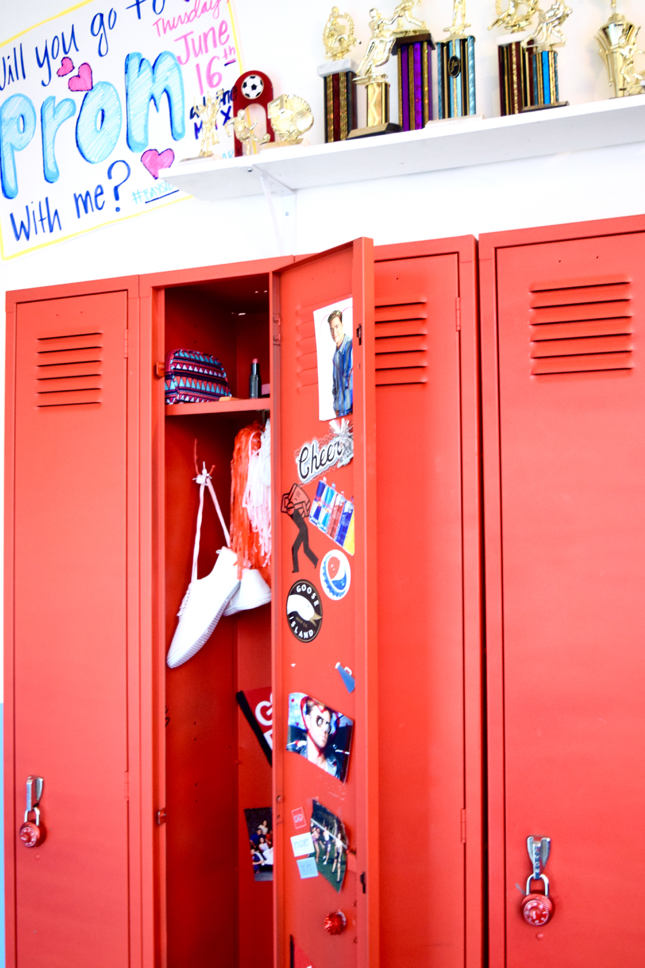 The decor was impeccable, the smells captivating, & if the food at The Max was anywhere as good as the food at Saved By The Max it finally makes sense as to why the gang hung out there every. single. day. 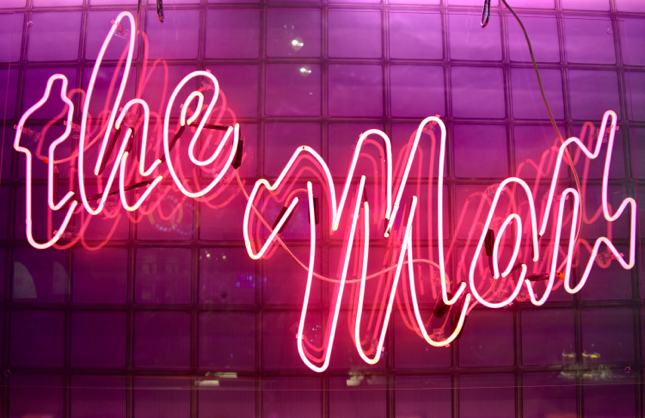 *Food C/O Saved By The Max.