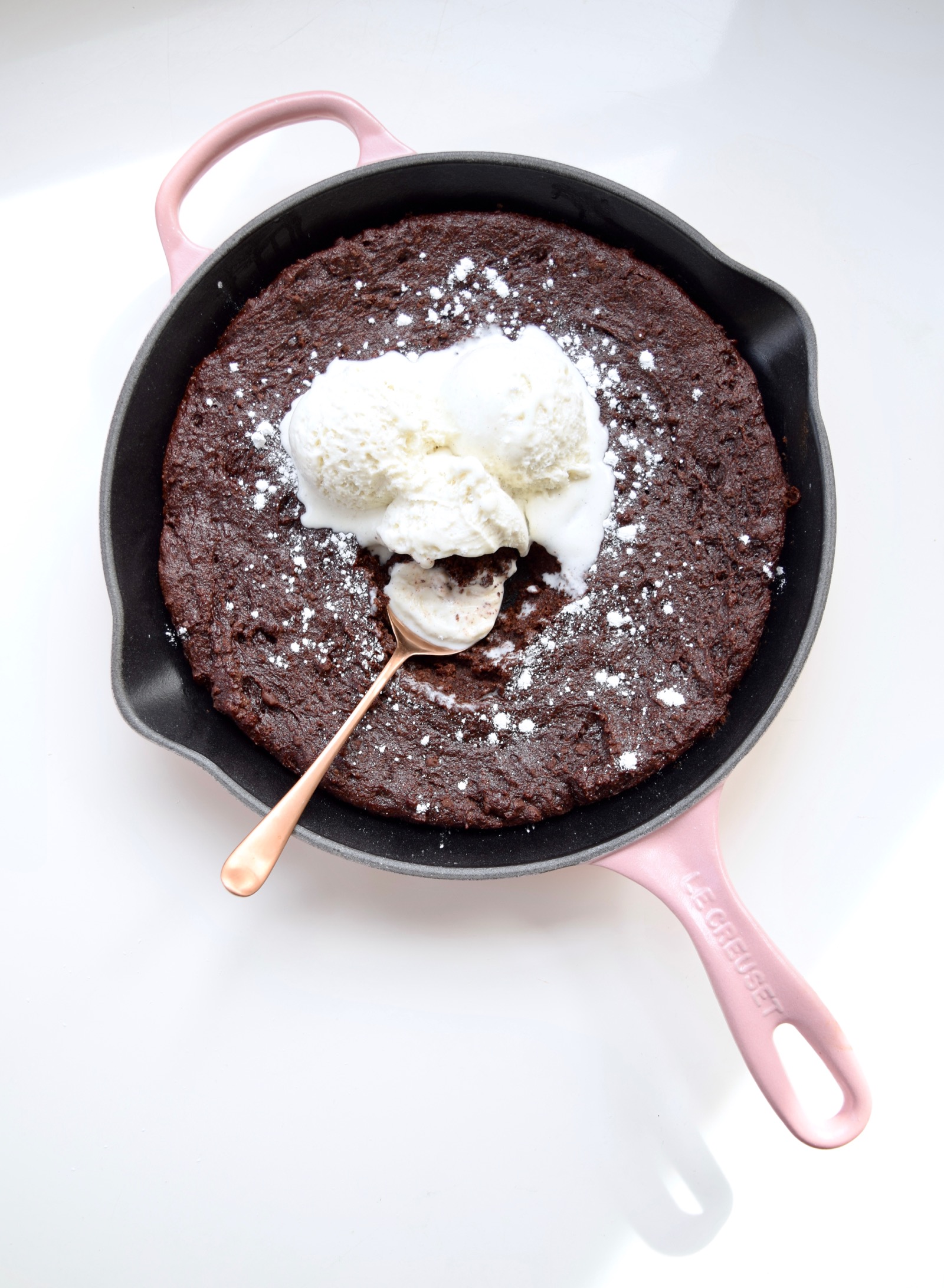 These aren’t your standard brownies. For starters they’re made in a cast-iron skillet which makes them in turn a brownie skillet. This made for easy, no-mess, light clean up baking aka something I rarely am able to accomplish 😂. Additionally, they’re gluten-free & have no added granulated sugar making them a smidge healthier than your standard brownie. In fact, they’re sweetened with honey & maple syrup allowing the more natural sugars to truly shine through. Last but not least, it doesn’t have that crispy outside brownies sometimes have. Instead this brownie recipe is super chewy & almost tastes like brownie cookie dough (aka my dream)! Truthfully I think they taste best with something on top, whether that’s CocoWhip for a healthier, lighter add-on or vanilla bean ice cream if you’re looking to truly indulge! 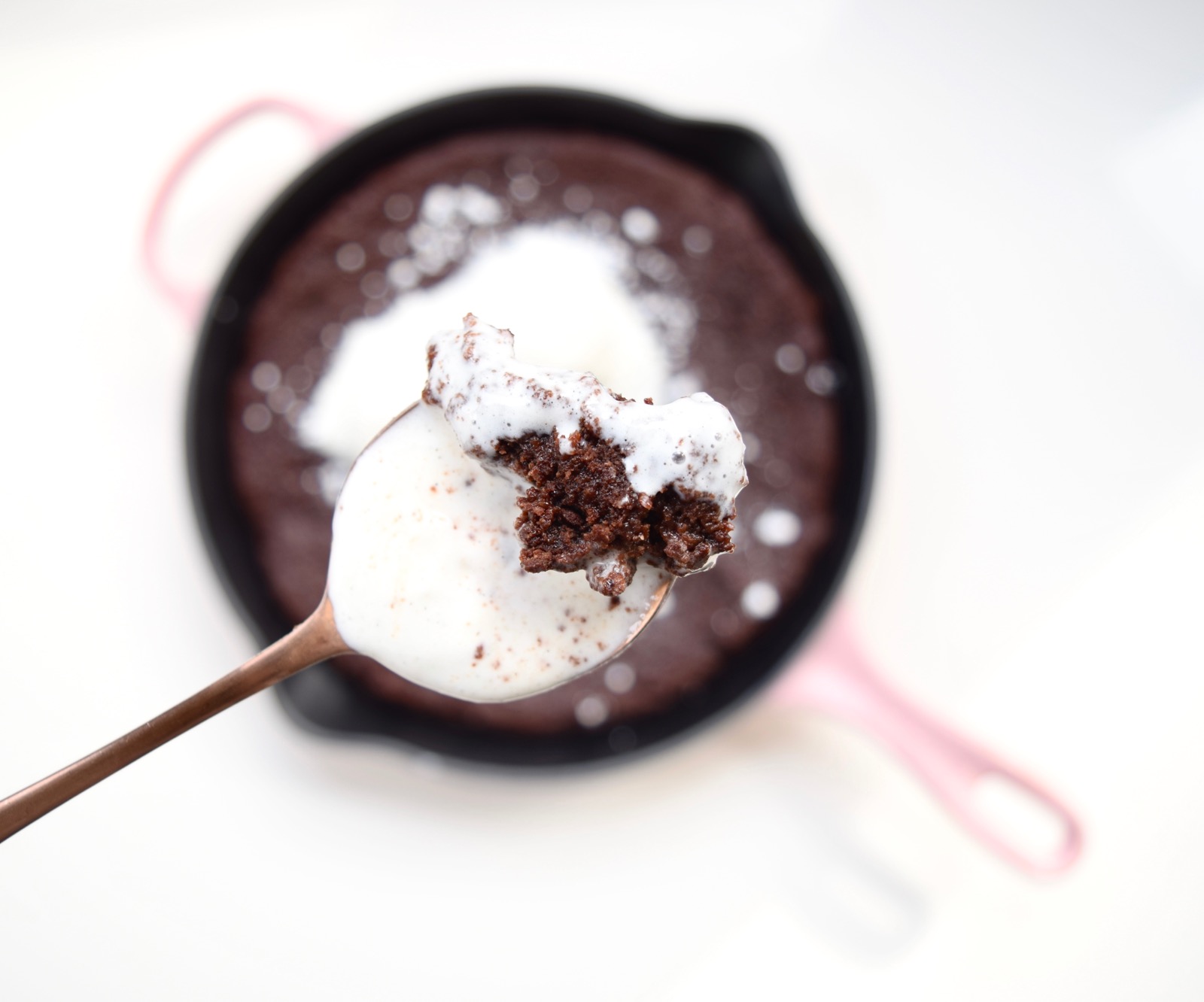 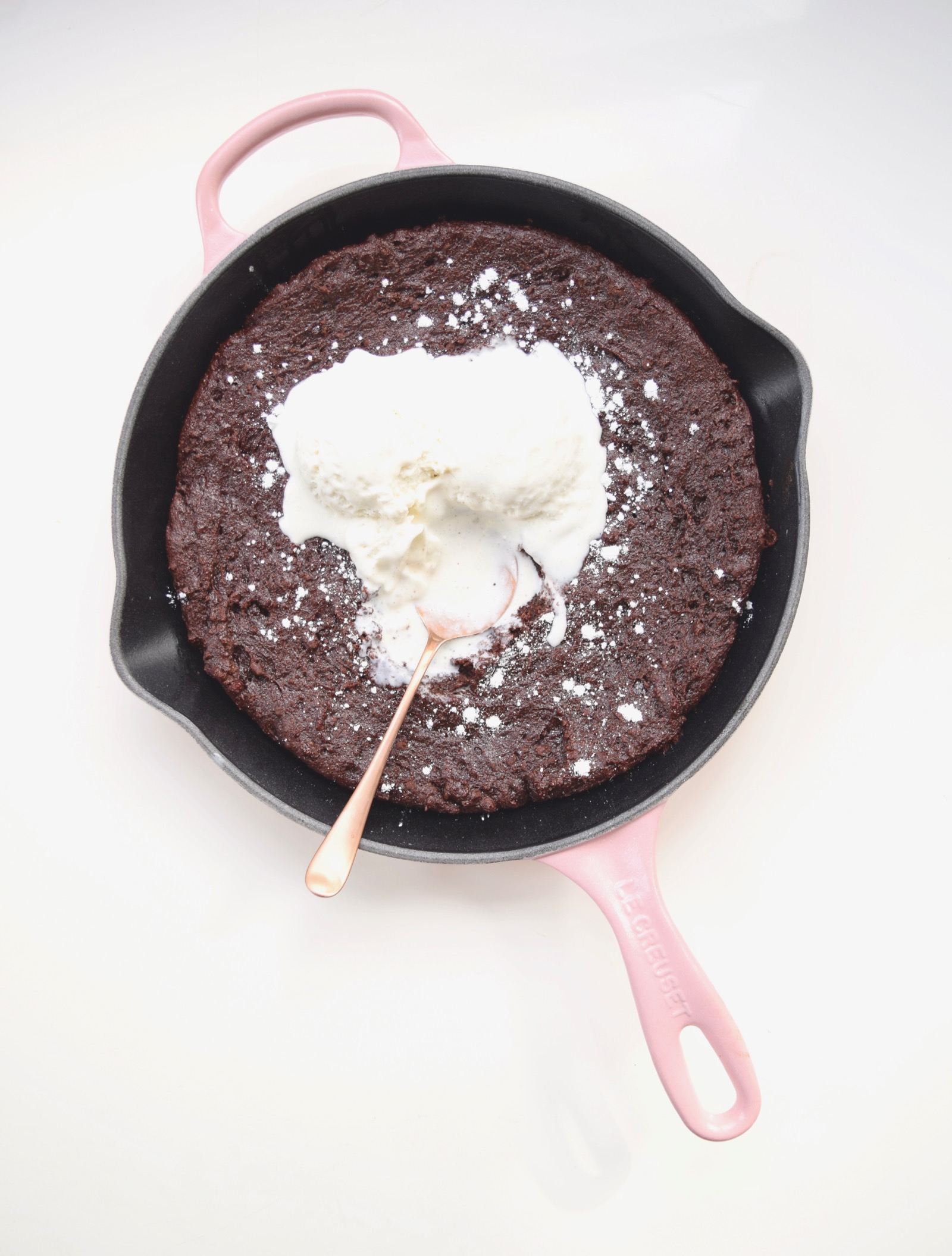