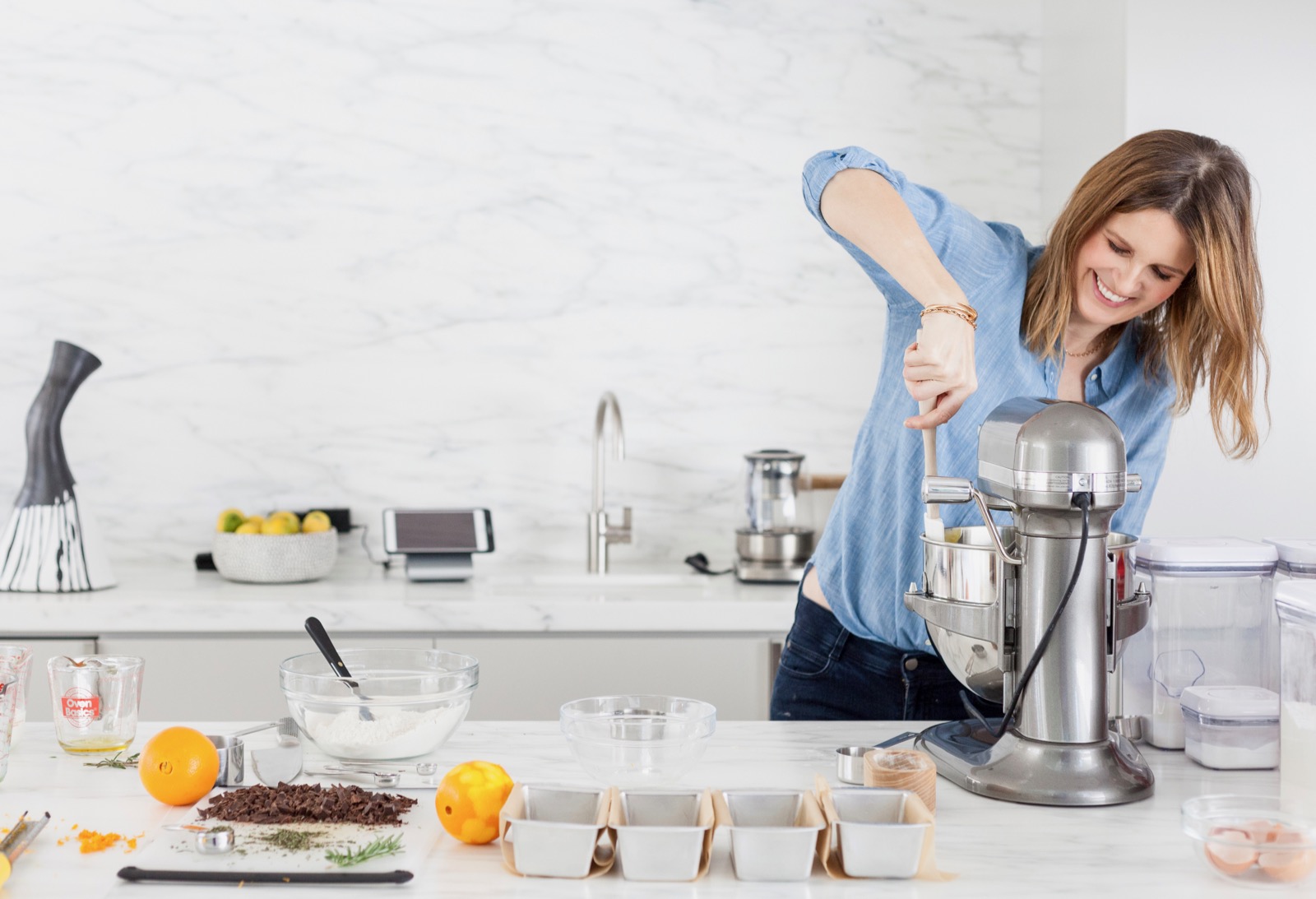 I was sitting around with friends the other night talking about products that we refer to by their brand name. Kleenex, Band-Aid, & Crock-Pot (RIP Jack Pearson) were just a few that we thought of immediately. It’s considered one of if not the, highest success in marketing to achieve this status. To a different degree, yet of the same stature, Candace Nelson has forever changed what we think of when we hear the word: sprinkles. What used to be just toppings on a cake has now registered internally as the infamous cupcake shop Nelson started over a decade ago.

Getting there wasn’t easy as pie (dessert pun was just too good to pass up) though. With a career in investment banking, Nelson learned to bake as she spent most of her childhood in Indonesia where chocolate chip cookies & other classic American desserts were only available if she made them herself. Following her mother who loved to entertain, Nelson continued spending time in her own kitchen all while maintaining a career in finance. That was until the market crashed & Nelson was forced to make a decision on what direction her life would go in. The decision to focus on what she truly enjoyed led her to pastry school, which was followed by launching a solo career for special occasion cakes as Nelson thought after a career in finance that was the most artful thing she could do. “They were certainly artful but they weren’t necessarily a great business because how often are you going to order a multi-tiered, fondant cake?” Nelson notes “I thought, what is it that I can do that’s artful, that can be eaten on a daily basis, not too fussy & it led me to the cupcake. I love to bake cakes, any form of cake, which a cupcake is, miniaturized cake.” 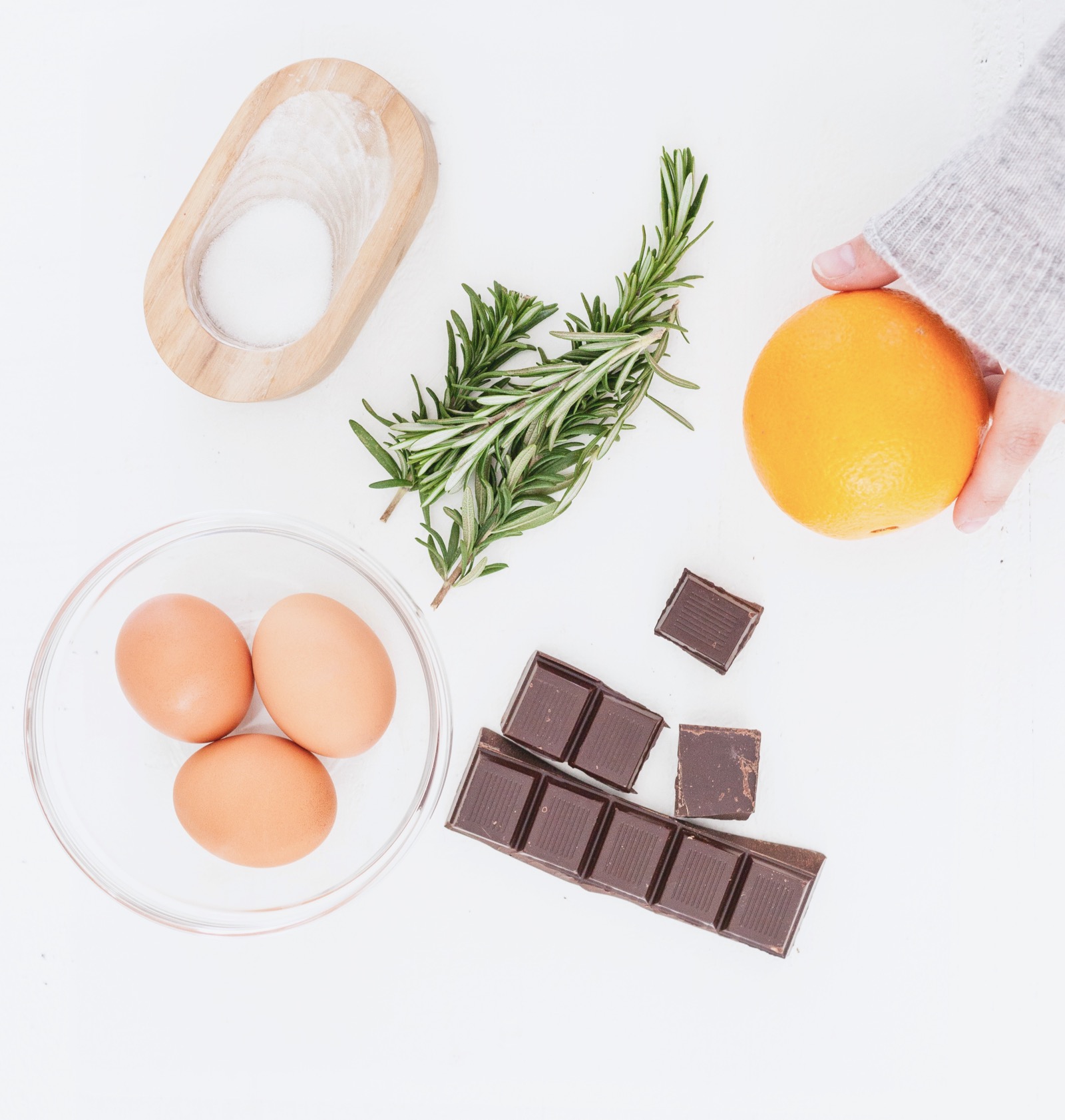 It might be hard to imagine now but at the time Nelson began building this business plan, cupcakes were truly only sold in grocery stores in plastic clam shells. Noticing that the cupcake was in desperate need of a makeover & well, to be frank, a total reinvention, Nelson decided to take the “care, beautiful ingredients, & artfulness” that she was applying to her social occasion cakes, to a cupcake. The thought was if she can do that & create a product that appealed to both adults & kids, she might be able to increase what, at the time, was a non-existent market. Knowing she, herself, would be her target consumer, made the process much easier to develop. While she praises those serial entrepreneurs, Nelson knows she can only truly make something a success if she’s passionate about it. “If you’re the end customer & you’re developing for yourself, you’ll know what to do.” Nelson notes. It was this motto that made larger business decision easier when opening a cupcake shop during the height of Hollywood’s no-carb phase. Which let’s be honest, if you can do that, you can truly do anything. From there, Nelson developed the beloved Cupcake ATM, Sprinkles Ice Cream, wrote a book, & has now opened another carb-frenzy space, Pizanna, in Brentwood, Los Angeles. So what’s next for this carb-mogul? While Nelson is still in startup mode for Pizzana, another cookbook will surely be in the works sooner or later. This time it’ll likely focus more on pizza, Italian food, salads, & entertaining or how Nelson balances her cupcake & pizza businesses with a healthy lifestyle. While there isn’t a mad rush on her end to open more Pizzana’s, she definitely sees more locations in their future & for that I say, THANK GOODNESS.

Craziest Moment for Sprinkles?
“There used to be a newsletter called DailyCandy & they were very focused on being the first to break any sort of new, cool restaurant, stores, all of that. They had access to all the tastemakers in LA. That went out on day 1 [of Sprinkles opening] & on day 1 we were sold out. I baked all night for it & we thought people were going to come in & buy 1 or 2 cupcakes but instead they were buying 1 or 2 dozen. We weren’t really prepared for the behavior of our customers. People had driven across town, found parking, waited in line & were mad. I remember there were several days when we had to sort-of hand write the limit per customer of how many cupcakes each customer could get. One day I remember counting the customers in line & counting the cupcakes in the case & was like well, one [cupcake] per [customer].”

Pinch me moment?
“I think it’s probably hearing that Oprah Winfrey likes my cupcakes. Collaborating with Blake Lively on her charitable cupcake was really fun. Seeing customers, not necessarily people I know, propose with Sprinkles is really special to me. Seeing people choose Sprinkles for their wedding day because, you know, it’s not like we do elaborate decorations, so when you’re choosing Sprinkles for your wedding day, it’s because you just love Sprinkles.” Just a little note about Nelson’s Oprah Winfrey moment… Long story short, she received a last minute order from a producer on The Oprah Winfrey Show who wanted to get 200 cupcakes to Chicago (from L.A.) by early the next morning. At the time, shipping cupcakes wasn’t an easy task but Nelson knew she had to make this work. I mean, you just cannot say no to the queen herself! So Nelson & her husband hopped on a red-eye & hand delivered the cupcakes to The Oprah Winfrey Show themselves. That’s some legendary motivation if I do say so myself!

One kitchen tool you can’t live without?
“My Kitchen-Aid mixer is like my third child. When we started Sprinkles we were literally using mixers like this [standard size]. They were running nearly 24 hours a day & did so well. Because of that I will always be loyal to this [mixer].”

One brand you really love?
“I use this always, at Sprinkles, Pizzana, & home. I feel like they make the world’s best vanilla, it’s made [just outside] Chicago, & it’s really special.” FYI all Nielsen-Massey products are all-natural, GMO-free, certified gluten-free, certified Kosher, & allergen-free 🙌

Dream Collaboration?
“I really like Christina Tosi from Milk Bar. That could be a fun one!”

Favorite Sprinkles flavor?
“The flavor that has basically gotten me through two pregnancies is the dark chocolate but there is a new one out right now based on a recipe I developed for my cookbook, the chocolate chip cookie cupcake, that now has gone onto Sprinkles.”

Favorite spots in LA:
Dominque Ansel, Sidecar Doughnuts, Sushi Park, Brentwood Country Mart, & Sugarfish; however, Nelson has a list of places she wants to try/visit that seems to never end.

Favorite Dessert?
“If I’m going to really go for it, for me it’s the chocolate olive oil cake from Pizzana with Sprinkles ice cream. Bringing together all my worlds.”

Dream food day?
“My husband officially makes the best pancakes in the world. He has adapted a recipe by Alton Brown into pancakes that are fluffy but thin & there is something so tender about them. They’re slightly more healthful with the substitutes he makes, so we’re going to start there. I eat them plain, I’m a purist, I want to taste the pancakes, I like butter & a little syrup but not too much. For lunch, well, whenever we have a night free I honestly choose Pizzana, I’m waiting for that to change & I would like it to happen soon because it’s like an addiction at this point. Then still the most special meal I’ve ever had was The French Laundry. Granted that was years ago but it was a mind-opening experience.”

Is there a Cupcake Museum in your future?
“Oh there should be! There absolutely should be.” Cue cheers from all readers, am I right?! 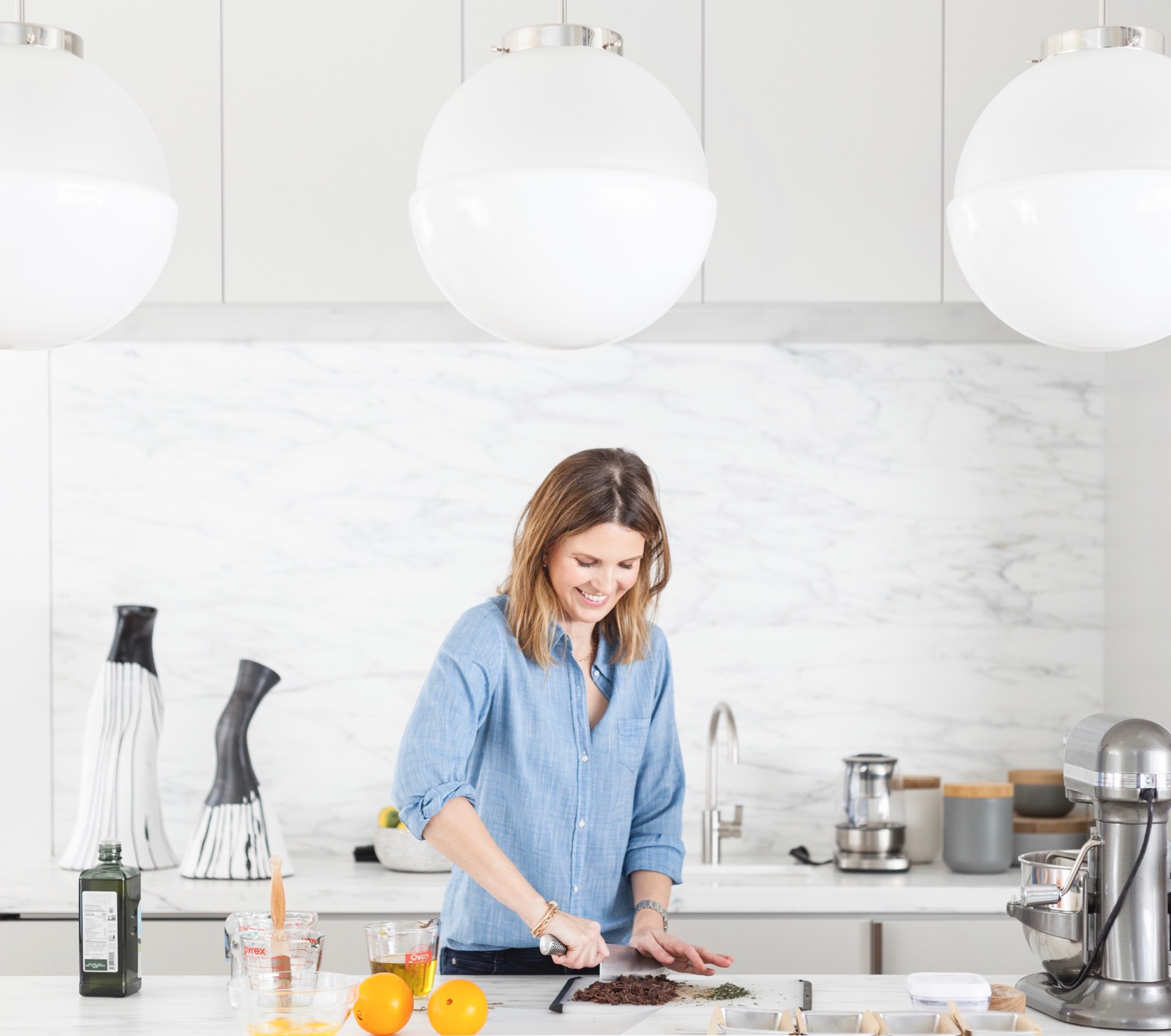 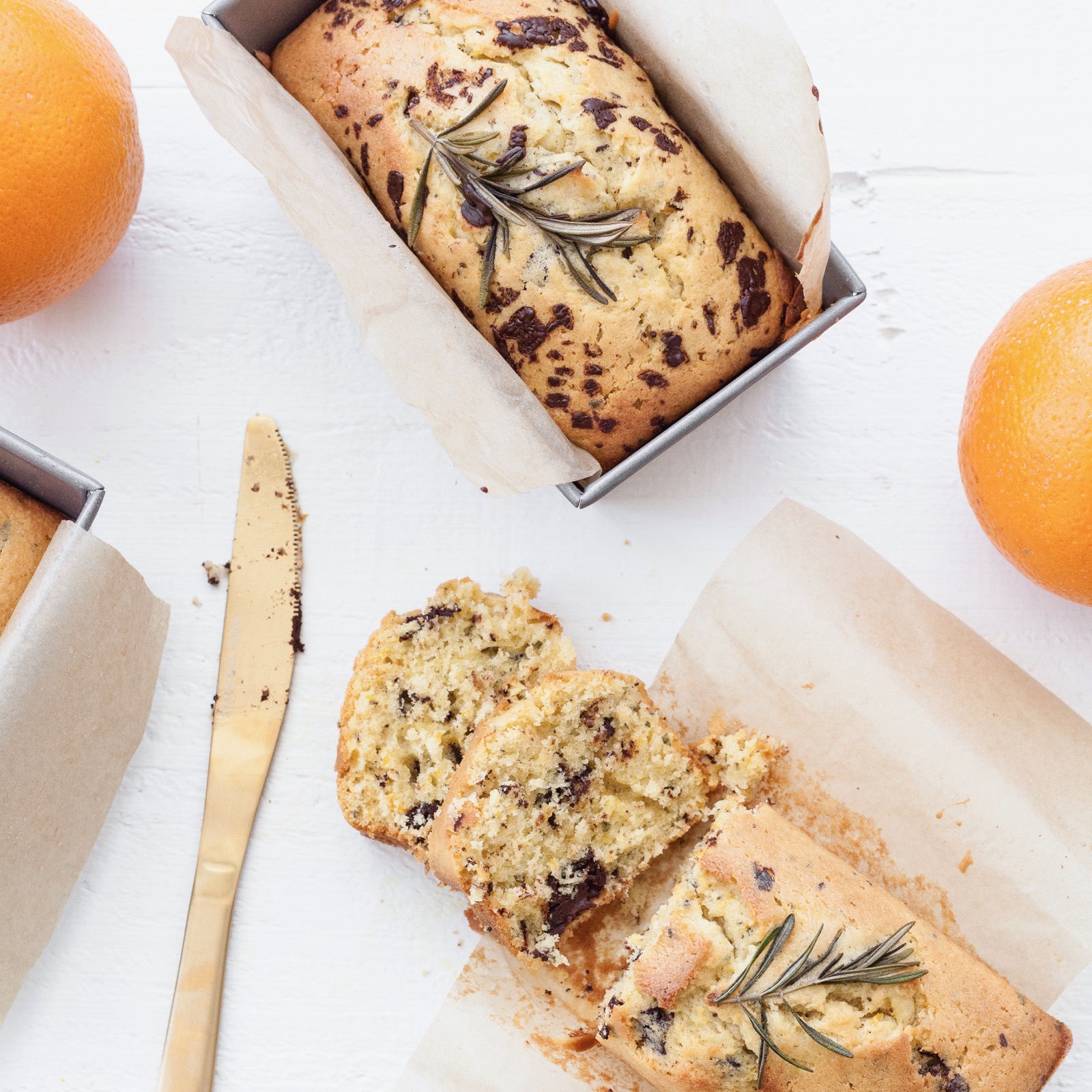 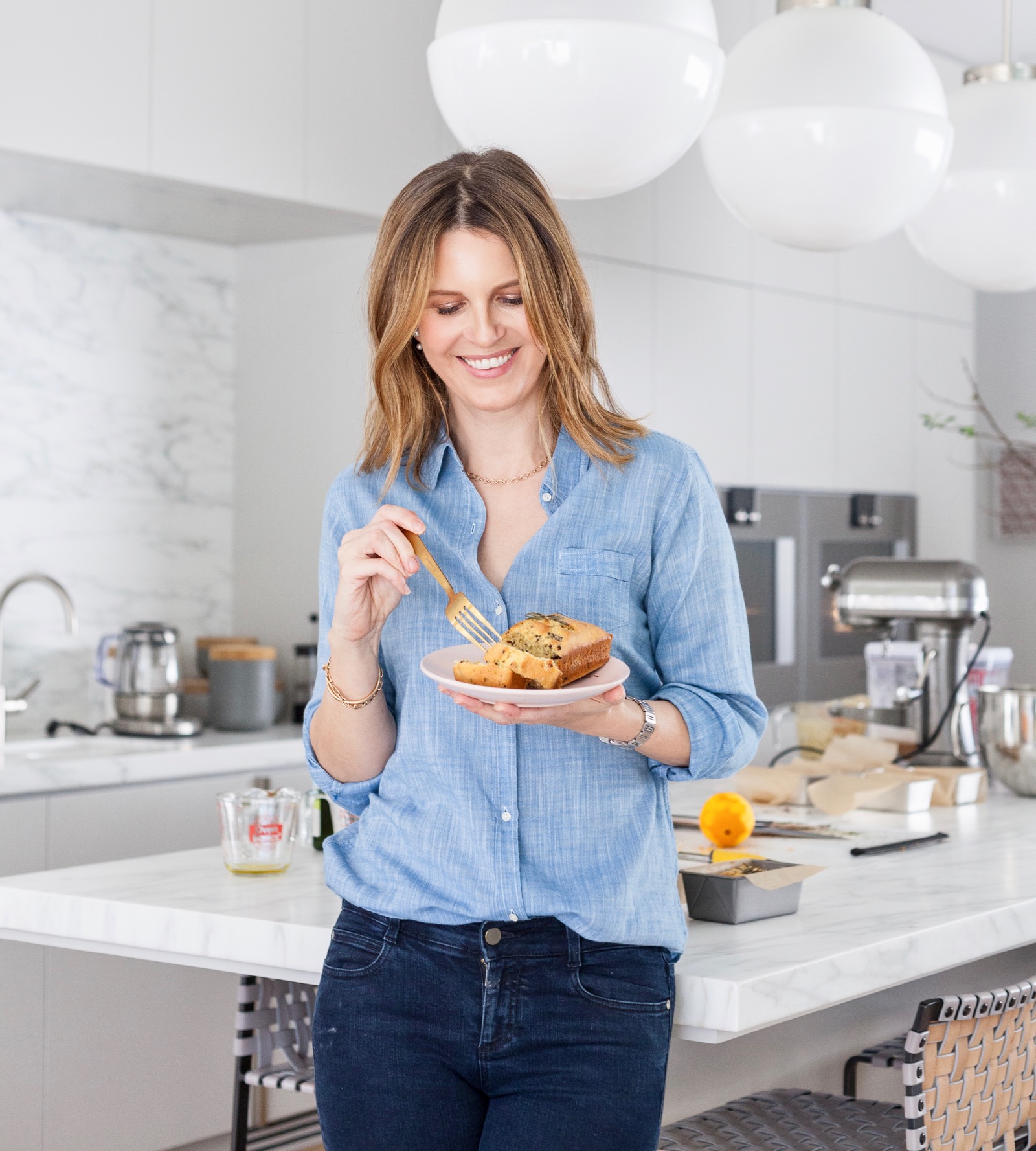