Kristen Tolman, founder of NYC’s infamous cookie dough shop DO, has been a baking extraordinaire since she was young. It wasn’t until she was in the car with friends eating raw cookie dough that she began to wonder, what if we just stop baking it & serve it as everyone really loves to enjoy cookie dough? Never one to be afraid to fail, Kristen set out to produce raw cookie dough that was safe to eat & absolutely delicious. Nearly 3 years & a 4 hour line outside her shop later, mission accomplished. Speaking of not being afraid to fail, Kristen shared her funniest cooking fail from when she was a kid & attempted the large feat of making peanut butter on her own. After rejecting help from her chef mom because she wanted to do it alone, she quickly realized using a potato masher to smash the peanuts & combining them with flour & water just wasn’t going to cut it. Flash forward to 2019 when Kristen put out her wildly successful, not to mention incredibly delicious, first cookbook including over 110 recipes. While that seems like a massive number of recipes, which it is, Kristen tested over 200 recipes, sometimes doing over 8 a week, to see what would make the cut for the cookbook. While peanut butter didn’t make the list, their peanut butter cookie dough did & it is out of this world.

This recipe Kristen shared with us comes from her cookbook & was a recipe she had for breakfast,(yes you read that right, for breakfast) growing up. In St. Louis it’s apparently very normal to enjoy Gooey Butter Cake for breakfast which leaves us no choice but to pack our bags & move there immediately. Kristen put her own special touch on the family recipe by incorporating her famous sugar cookie dough into the mix. 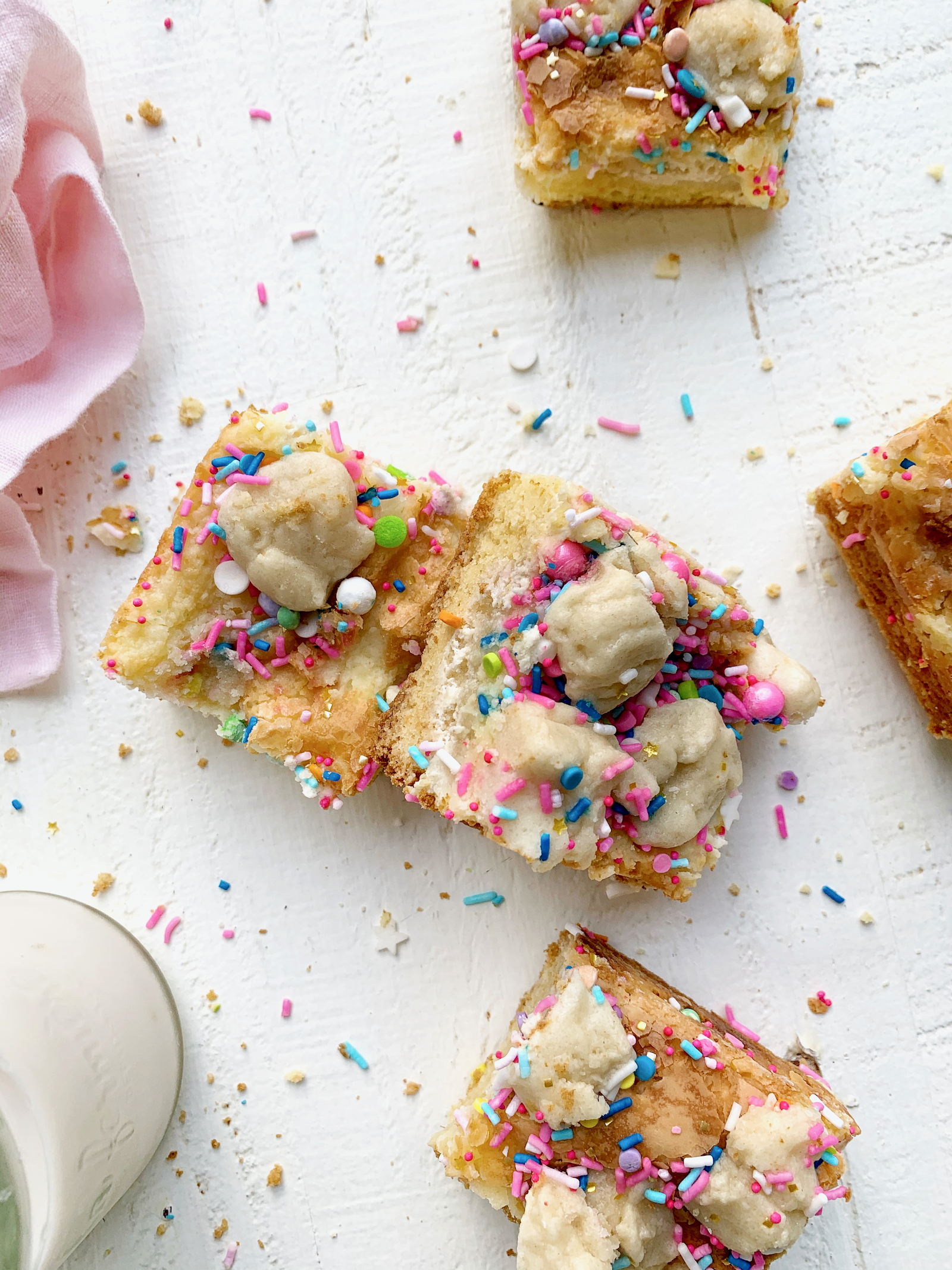 What is your morning routine?

”Everyday is a little bit different because my work day is always different but in a perfect world I’d wake up & make a celery juice. The celery juice wasn’t meant to be a resolution [for 2019], I just got a juicer for Christmas & it happened. Usually I get up pretty early & workout, I really like hot yoga at Y7 or TheClass or Physique57 – I try to change it up. Then I’ll shower at The Wing, go into work & start my day.”

What has been the biggest pinch me moment since starting DO?

“I got to meet Chrissy Teigen which was really cool. She’s the ultimate foodie & was eating our cookie dough. Also, probably the 4 hour line.”

What is advice you’d give to someone who wants to start their own company?

“To trust their gut. You’re the only people who know where you’re hoping to take it so don’t listen to everybody else’s advice if it goes against your gut. A lot of people thought I was crazy to start a retail store…”

Favorite cookbooks, besides your own?

“I really like Chrissy Teigen’s! I also really like Alison Roman’s books. Baking-wise I like Candace Nelson’s or honestly anything that comes out of America’s Test Kitchen I think is really interesting. Or Cooks Illustrated.”

If you could spend the day in the kitchen with one person, who would it be?

“I feel like I keep saying Chrissy Teigen but Chrissy! It would be hilarious. I’d want to make something neither of us have ever made before which would make it even funnier.”