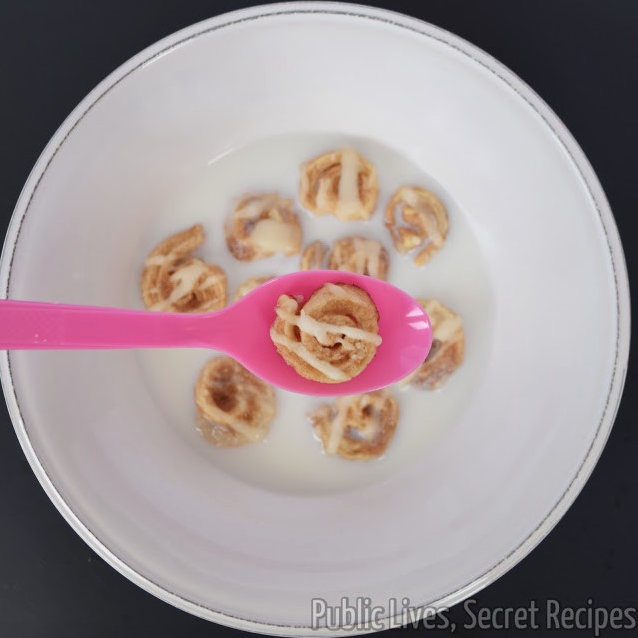 In the latest installment of, “Honey I Shrunk The Desserts”, I bring to you: mini cinnamon roll cereal! I think it’s pretty clear by now, the cuter the food, the better it tastes! Just take my mini pop-tart cereal or mini donut cereal for example. These mini cinnamon rolls are extremely delicious & can be used for various other things besides cereal. 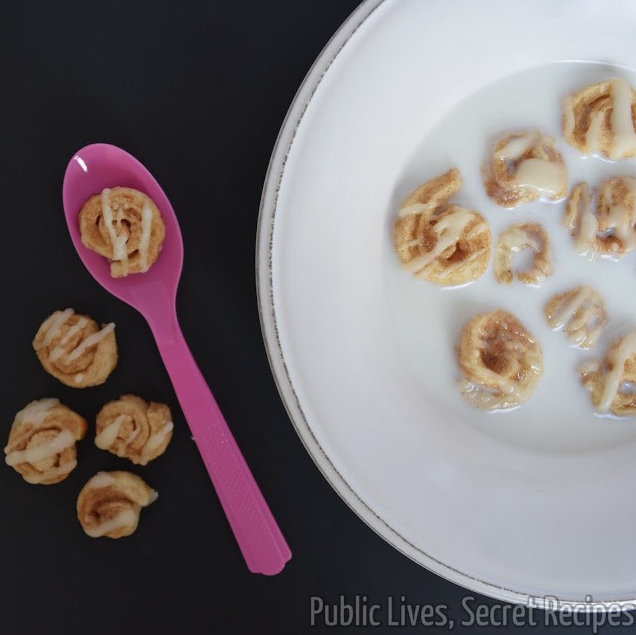 Using the same recipe as our cinnamon roll cake & cinnamon roll cookie dough, this version just scales down the size & takes less time to cook. Aka more time to sleep in & not a whole lotta time making breakfast. Win, win! Perfect to make for friends at brunch. Can you imagine the look on their faces when you bring out the cutest homemade mini cinnamon roll cereal? It’s impressive enough you’re making cereal but to combine it with everyones favorite dessert is sure to make you very popular amongst the crowd. 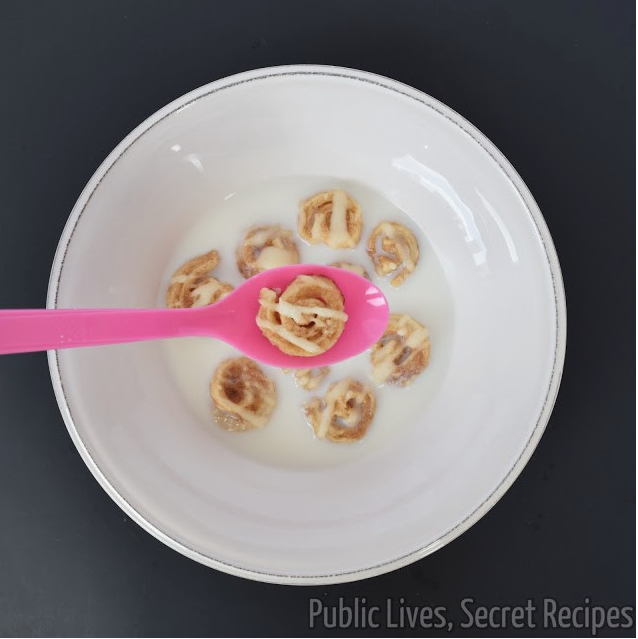 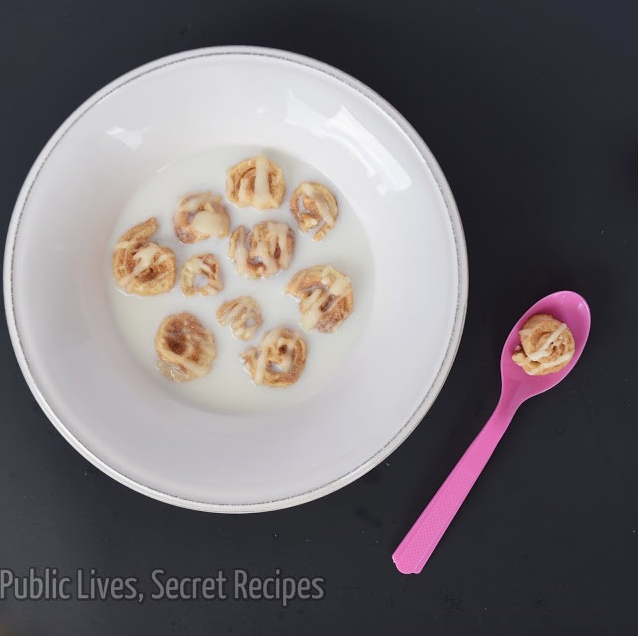 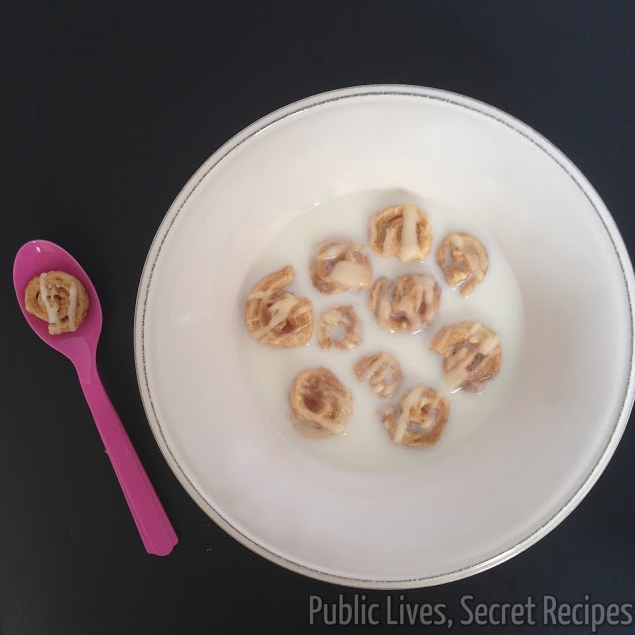