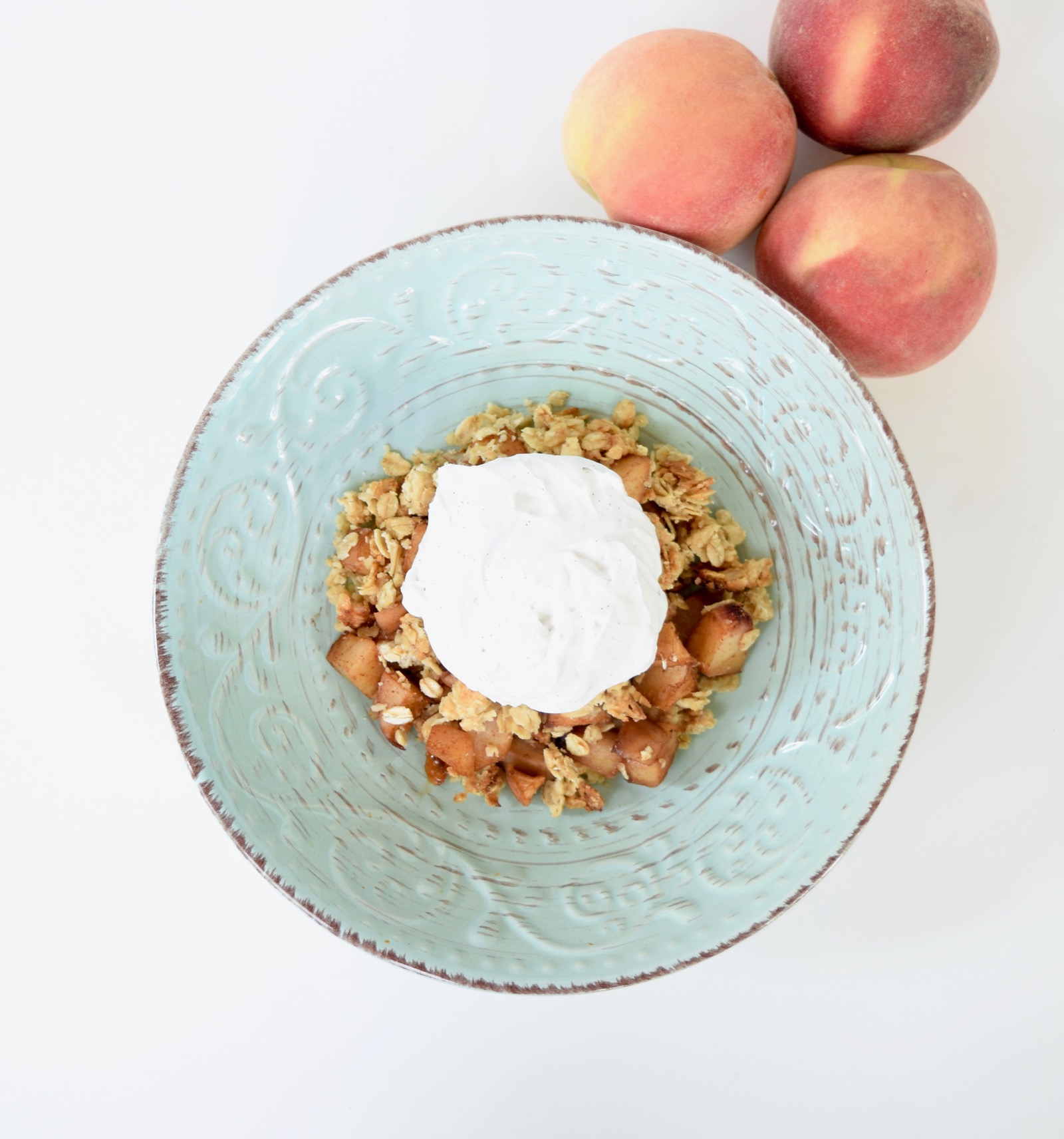 When it comes to dessert I’m sort of a snob. If I’m truly going to indulge, it’s got to be worth it. At the same time, I constantly struggle with the catastrophic (dramatic, I know) battle of wanting something refreshing or something super sweet. That second part might make sense for this recipe but the indulging part? Not so much. Here’s the thing, I first made this recipe for my family because 1. I bought a shit ton of peaches & parents were getting annoying that I wasn’t doing anything with them 2. I wanted to make a no-sugar-added dessert option as we’d been eating nothing but carbs & sugar for 2 days when I was home. Here’s when that first part comes into play: I totally felt like I was indulging in this dessert that finally compacted my cravings of both refreshing & sweet but in fact this dessert option was pretty healthy. The peaches are simply tossed in some pure vanilla extract & cinnamon (pro tip: cinnamon helps food taste like there’s more sugar in it than there actually is!) while the topping is simply some oats, flour, honey, & coconut oil. It’s seriously the most perfect dessert option if you ask me but I guess you’ll just have to try for yourself 😉 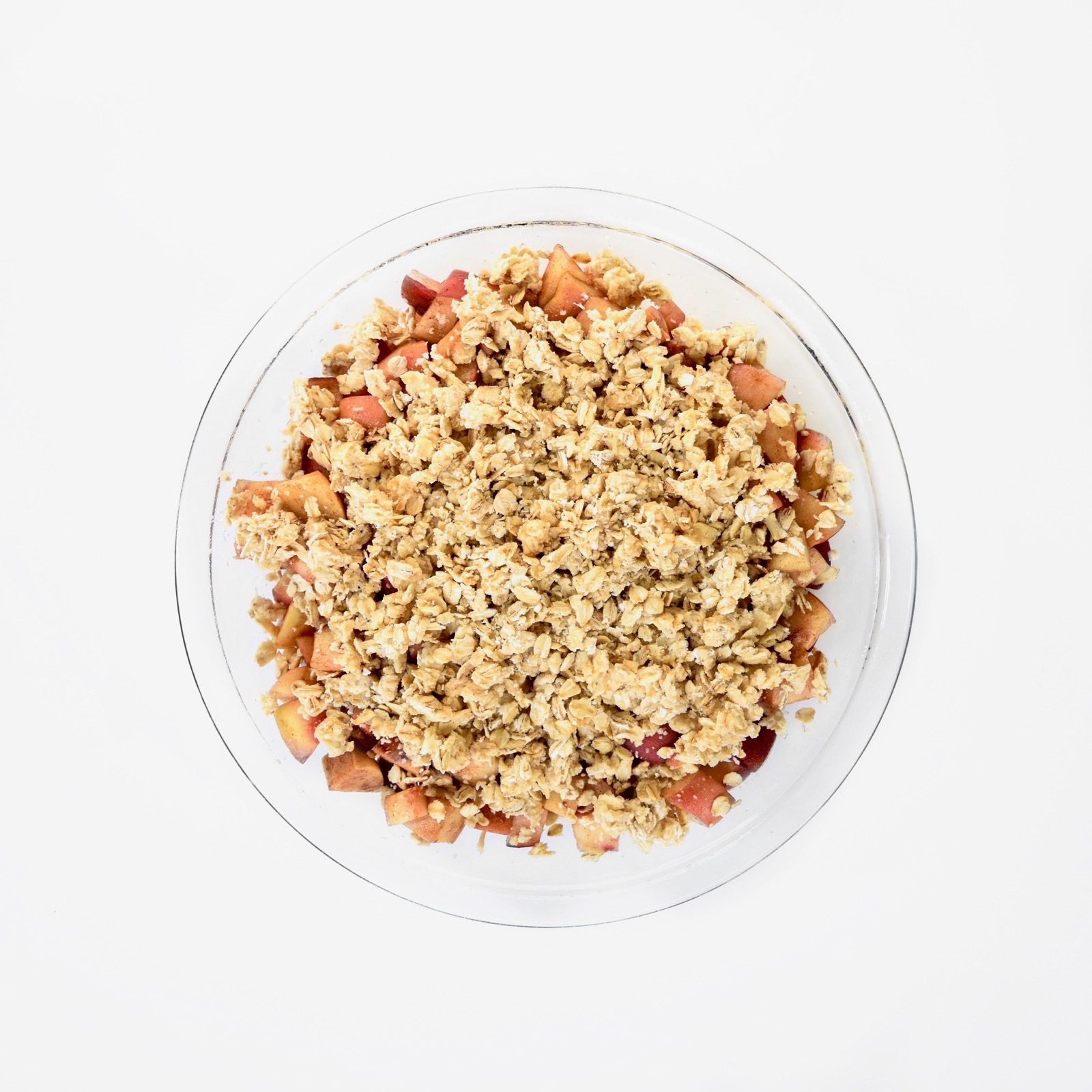 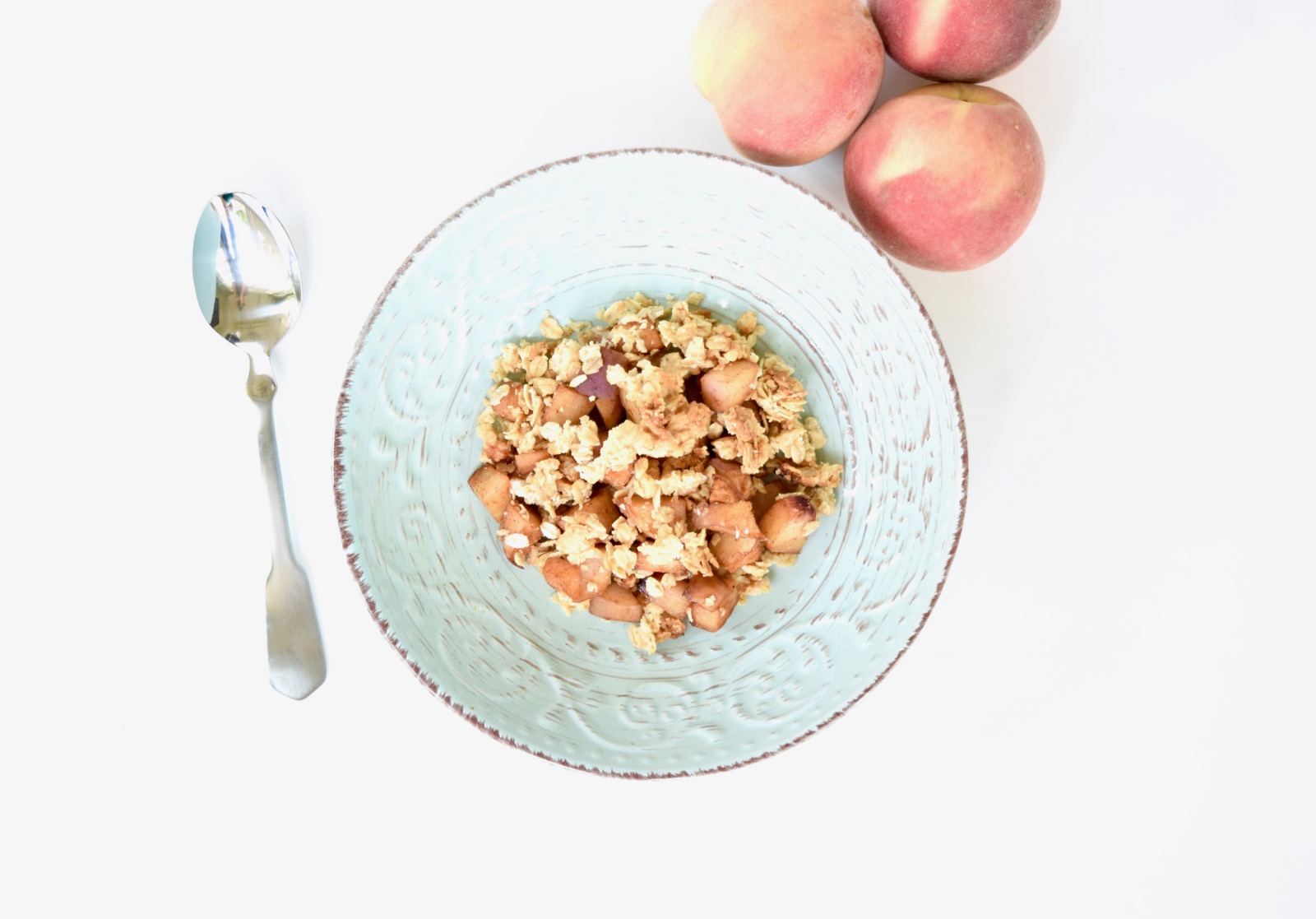 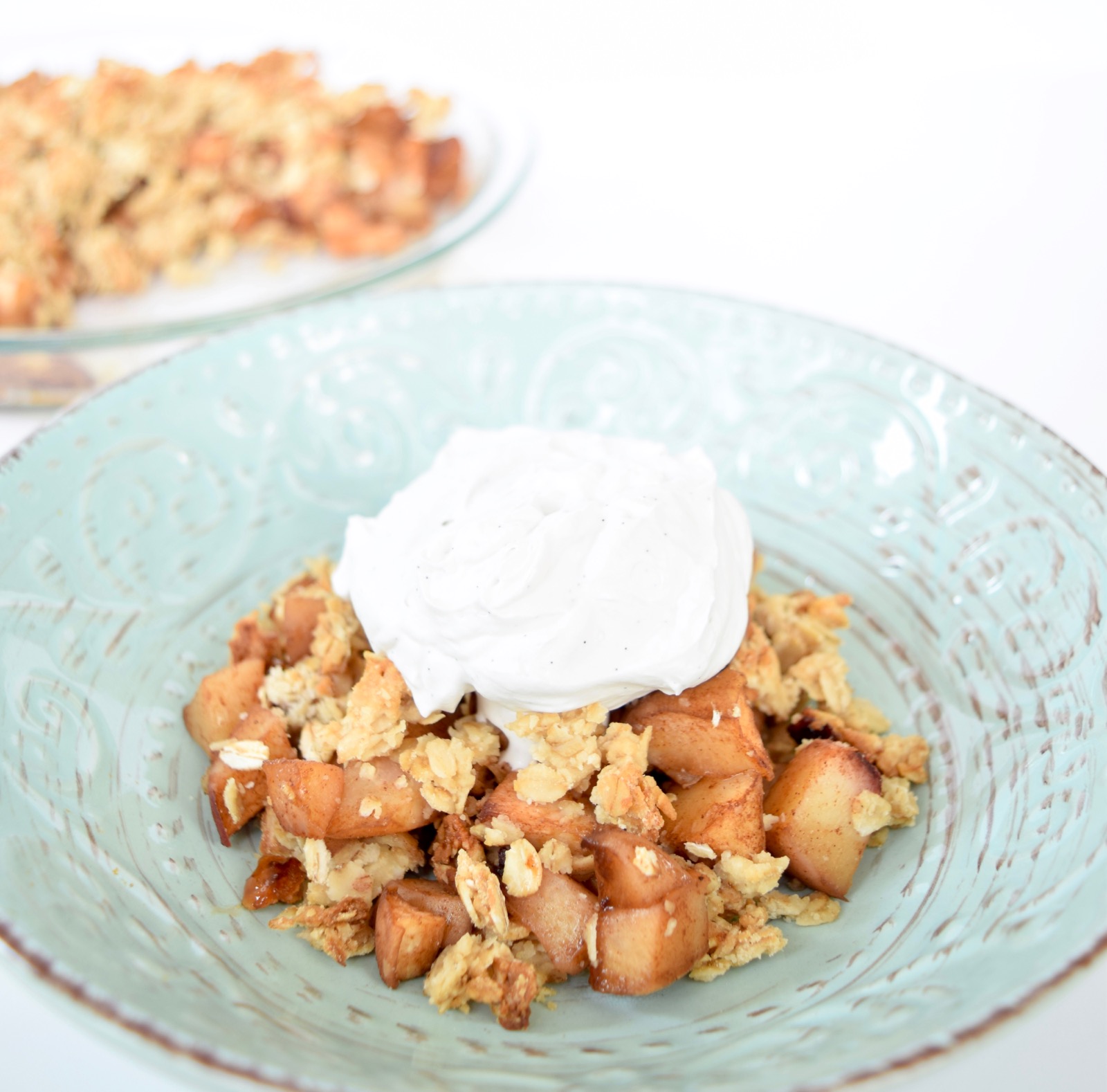