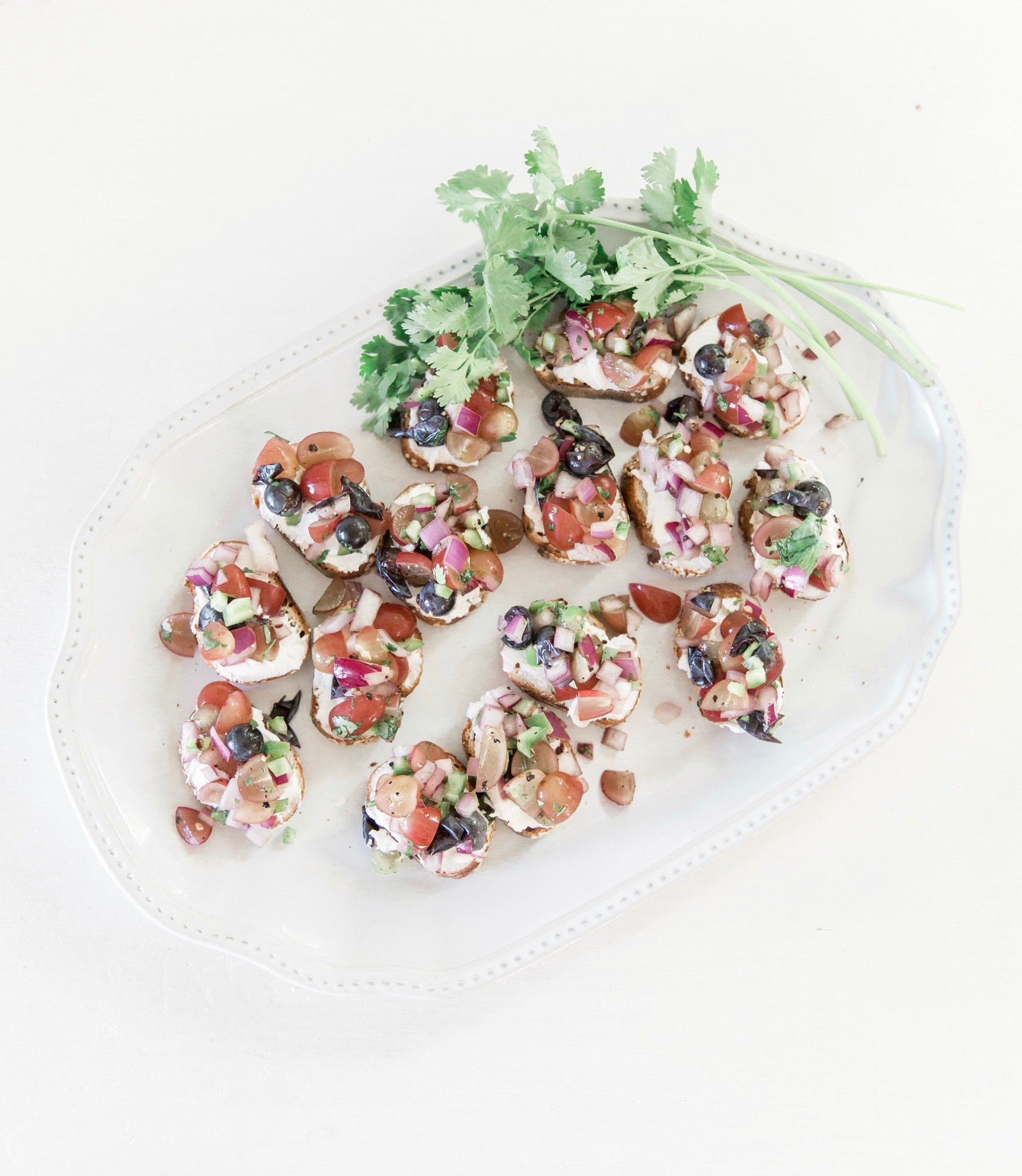 For Dallas & Cydney, founders of Stone Cold Fox, designing clothes is a lot like preparing a meal for one of their beloved dinner parties: keep it classic, but make it special. “I think that’s what made us successful,” Cydney says. “We made clothes that we wanted to wear, & we were having so much fun working together.” Now, with over a decade of business experience, they have established themselves & their business as a staple in the boutique world, both throughout Los Angeles & all over the world.

In the beginning, Dallas & Cydney may not have known where Stone Cold Fox was headed, but when they went to Coachella one year in —“back when it was still cool,” they add with a laugh— & saw people wearing their designs, they knew they were on to something. “There were so many chicks wearing our ‘Holy Tube,’” they say. “People were stopping us & knew who we were. We were like, ‘What the hell!’” Since then, they’ve found themselves in the spotlight plenty of times, including seeing model Candice Swanepoel wearing their ‘Love Jumper’ to a monumental Victoria’s Secret event & being featured on the cover of Free People catalogues.

“We work really hard, but we don’t forget to enjoy life, too,” says Cydney. Dallas adds, “We try to do it all.” Wanting to do it all & still enjoy life are what keep their creativity alive, & even inspired their recent decision to drop their deals with wholesalers earlier this year. “We were scared to make the move because it’s risky & wholesale does bring in money,” Dallas admits. “We were just not making the things we wanted to make anymore. We were listening to buyers & showrooms, but we felt we were most successful when we just made what we loved.”

The change might have been scary, but it gave them the opportunity to try a lot of new things. They launched a line of intimates, they’ll soon be releasing a collection of all linen pieces called “Fox Linen,” & Cydney hinted at creating some wedding pieces as she plans her own wedding in Australia. She also noted that they will be expanding their home department to include other brands in addition to their own “Business & Pleasure” umbrellas & beach chairs. 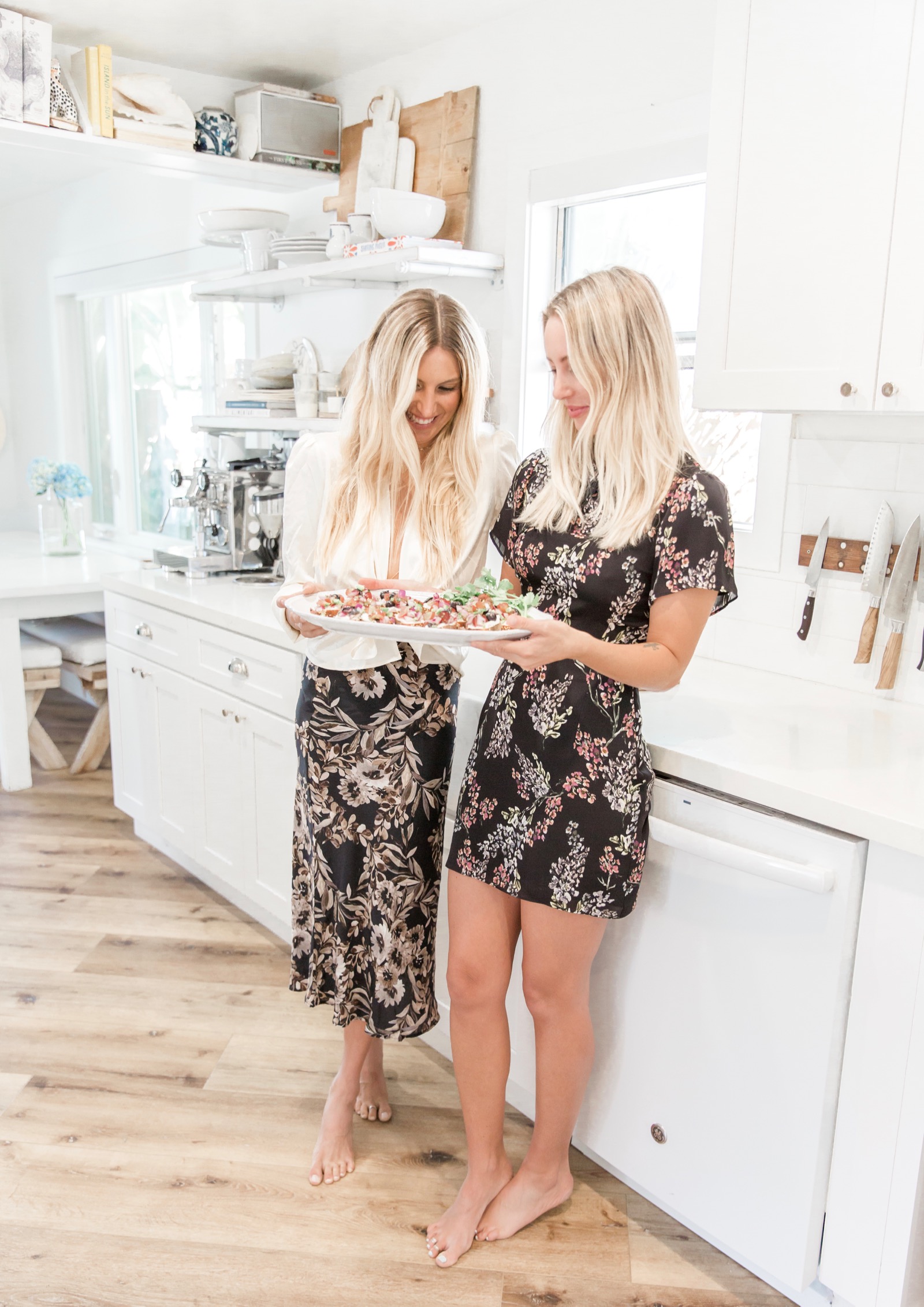 As they expand their product line, the ladies behind Stone Cold Fox also have plans to expand store fronts across the country—and maybe even the world. Their first location on the iconic Abbot Kinney in Venice started as a pop-up, but they quickly realized it would become a permanent location, just the same scenario that recently happened with their new location in Newport Beach. Their hope is to target places for pop-ups such as New York, Texas, & maybe even Australia to fully embrace the wanderlust lifestyle of Stone Cold Fox. “We want people to feel like they’re part of the community & see the clothes in person because it makes such a difference,” Dallas says. “I think that’s going to be fun for us, finding stores & decorating.”

They’ll soon carry homeware pieces as well that are influenced by Cydney’s recently launched interiors company, “The Foxalow.” Cydney’s sister, the force behind the best-selling cookbook, “Sprouted Kitchen,” along with Dallas’ mom who is always an above-and-beyond host, inspire the duo to wow guests with their dinner parties, & our guess is lots will be showing up with their new wine tote in hand. As Dallas & Cydney expand their designs across numerous categories in the industry, it may be hard to keep your closet, kitchen, bedroom—your entire home—from looking like your very own Stone Cold Fox pop-up. We sure wouldn’t mind. 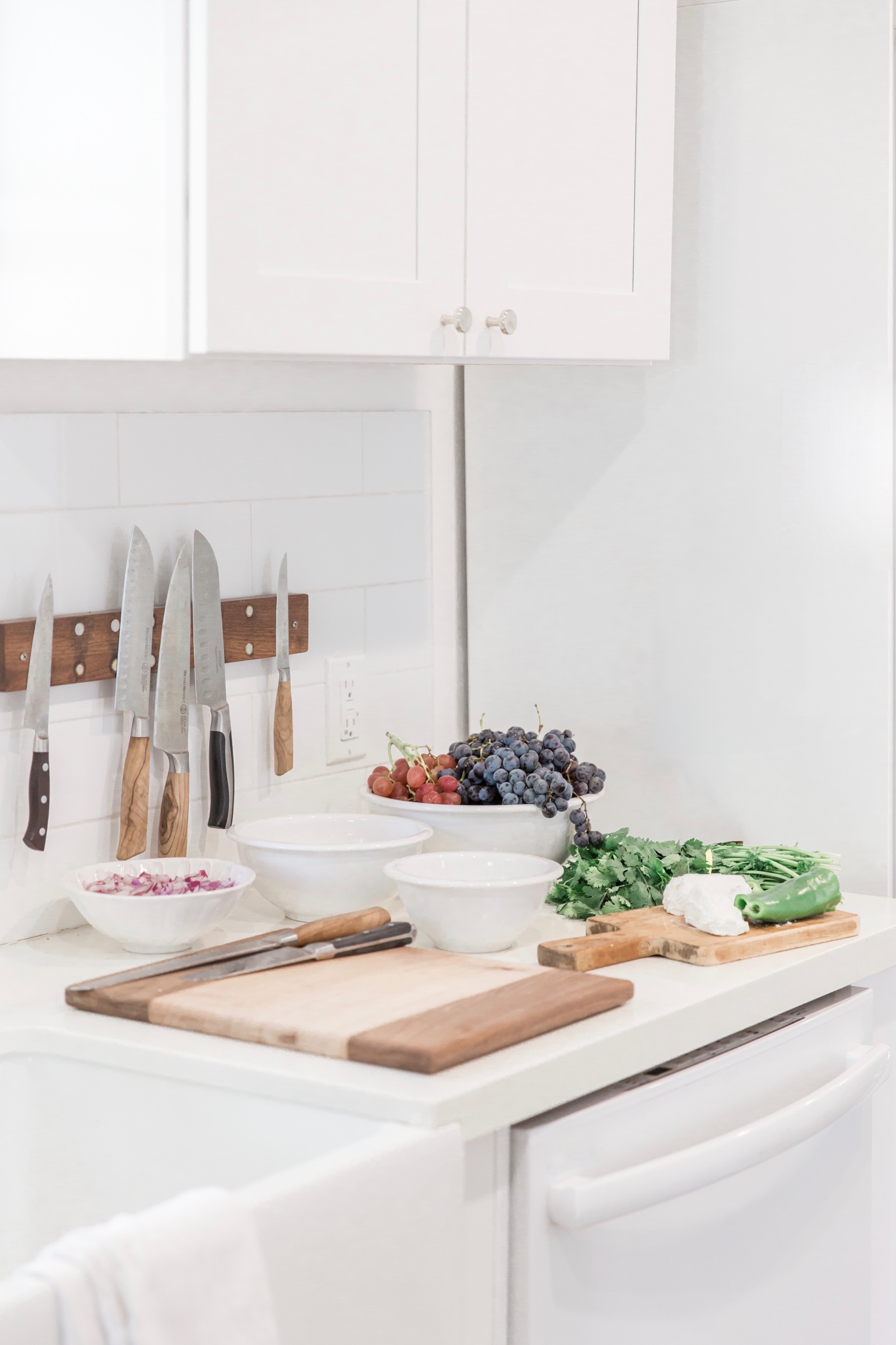 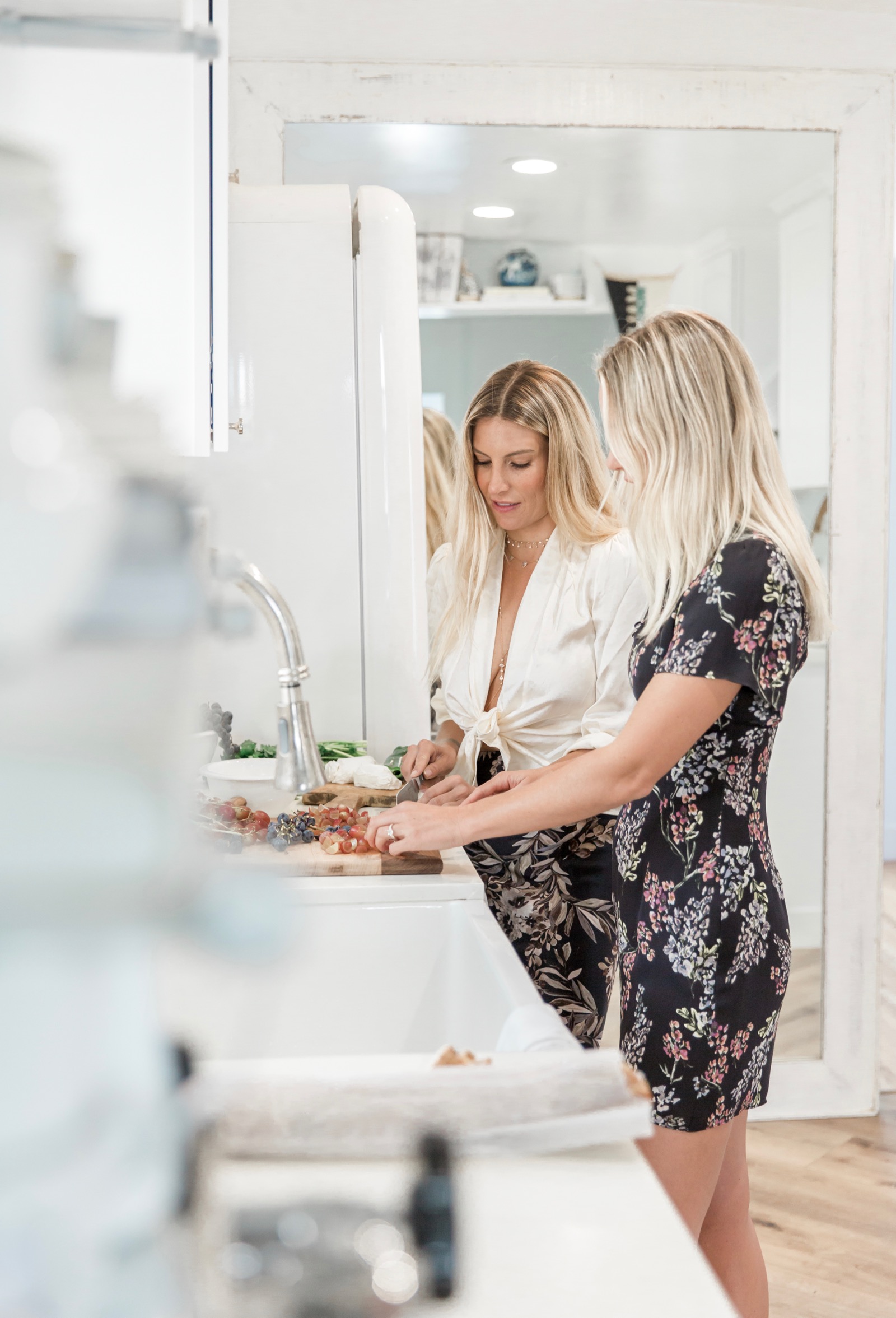 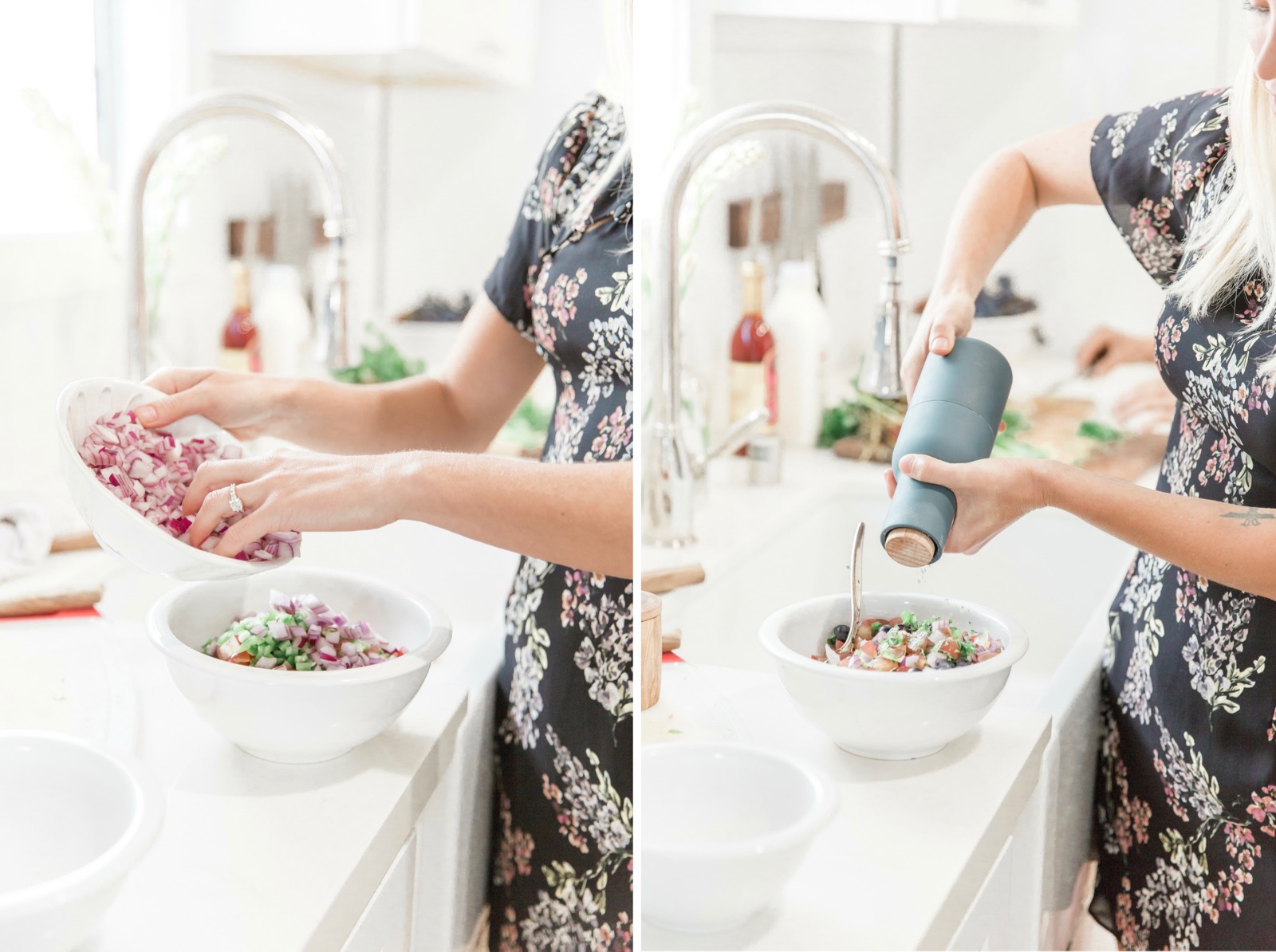 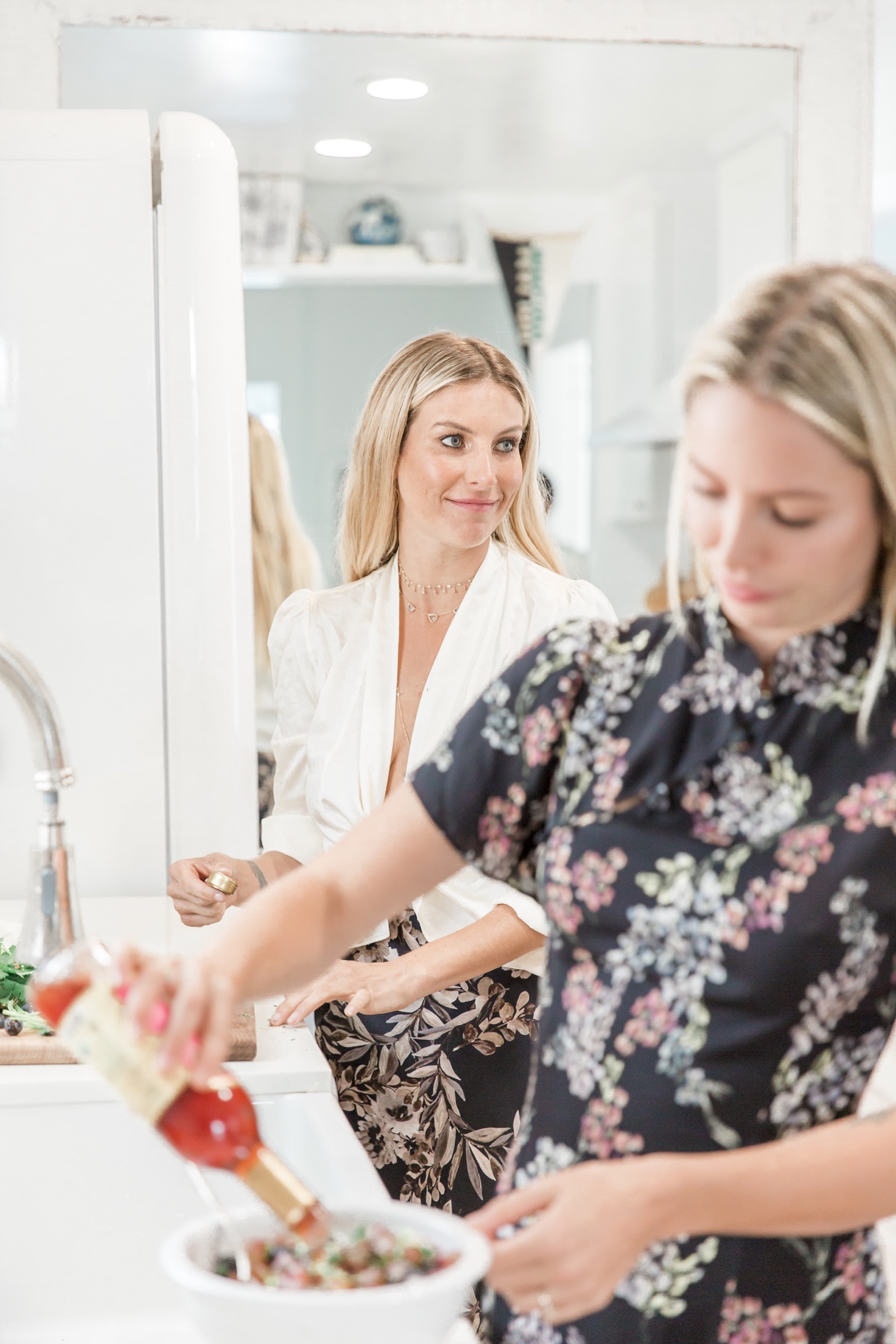 “Working with some of the models in the beginning. We shot them right before their careers were peaking, so that was cool. Also, working with Emily [Ratajkowski], & we did a shoot with Stella Maxwell — just being able to work with people like that.”

A big salad, a cheese & charcuterie board, tequila & of course this recipe they created from Sprouted Kitchen

Piece of advice for starting your own business?

“Have a business plan.” Dallas & Cydney said simultaneously , “Have good support & intern a lot for other people because you learn so much from that. I feel like I learned more from there than from school.”

Cydney: “I always have almond milk, eggs, kale, red onion, & kombucha. I like the jalapeño kiwi one & I do that with tequila too!”

Dallas: “When you open up my refrigerator I look like a single boy,” Dallas laughs. “I have hot sauce, wine, Papa Steve’s ‘No Junk Raw Bars,’ water, & I always have lemons & limes!”

Cydney: “I really want a French range, the La Cornue, even though I’m not much of a cook. I love the way they look. Old antique cutting boards, too. They just make anything look pretty. If we put [this recipe] on the cutting board, it would be beautiful.”

Dallas: “I love my Le Creuset. Those are beautiful & very easy. I also have a wine opener that I really like. I’m so bad at opening wine, I always cork it so I really like that!” 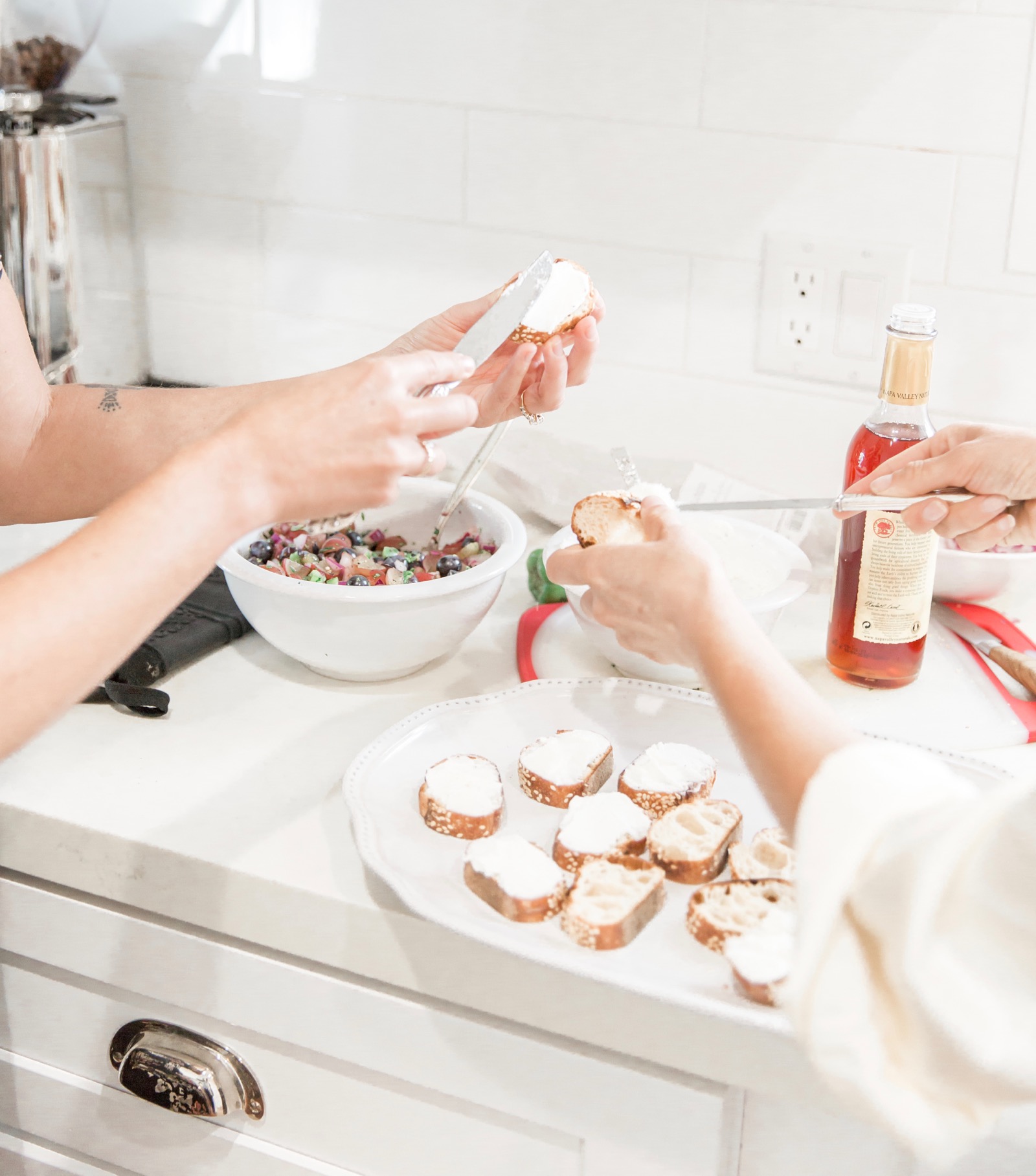 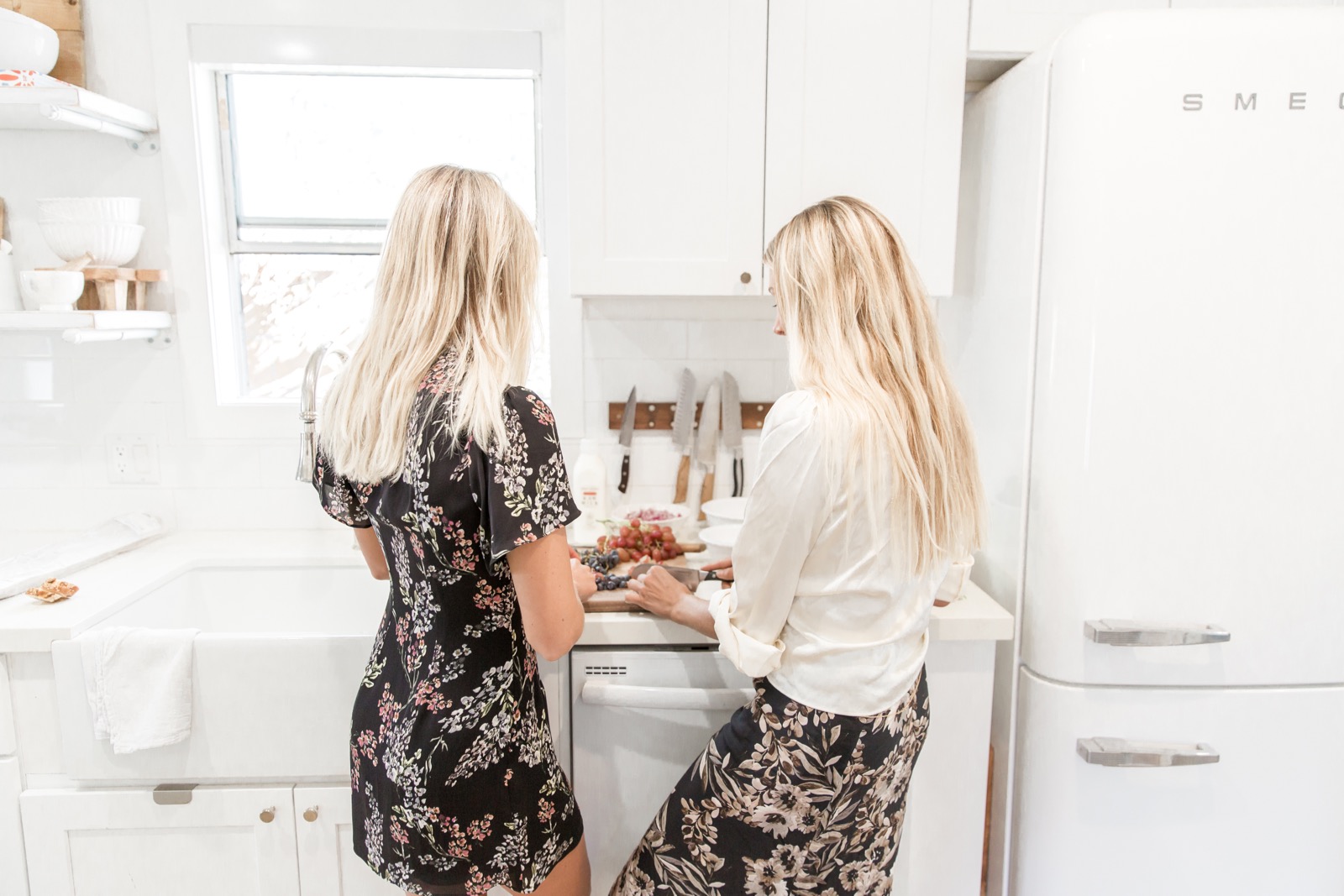