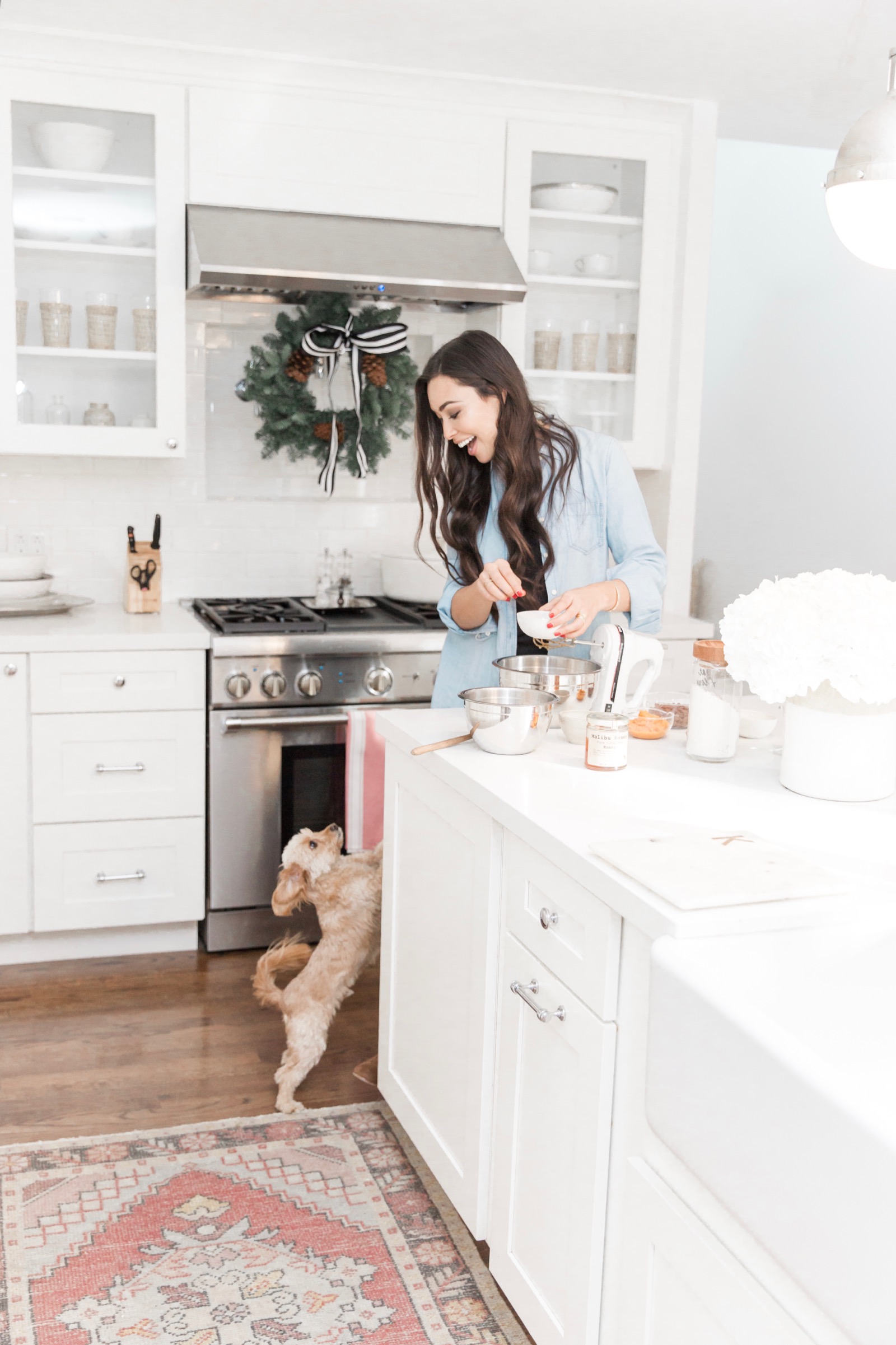 Kat Tanita of With Love From Kat is something of a modern day Martha Stewart. Her site & app are like public diaries, creative outlets for her to share her experiences & advice with fashion, food, interior decorating, health, travel, & so much more. She’s the kind of person who’s not afraid to share stories like the time she was shooting (speaking of) for Martha Stewart Living, & nearly set her hair & house on fire! “I got those pampas, they’re so beautiful, & had a tall tapered candle that scorched them like crazy! All of a sudden I’m like ‘OMG what do I do’ so I run outside & throw them in the bushes,” she laughs thinking about how she immediately regretted throwing a fire into one of the most flammable substances. [Editor’s Note: immediately after Kat told this story we noticed the flowers on her counter were starting to burn from the candle right below them 😂 ] But it’s exactly because of that relatability, candidness, & natural charm that’s made Kat someone who so many turn to when they want to get the inside scoop. 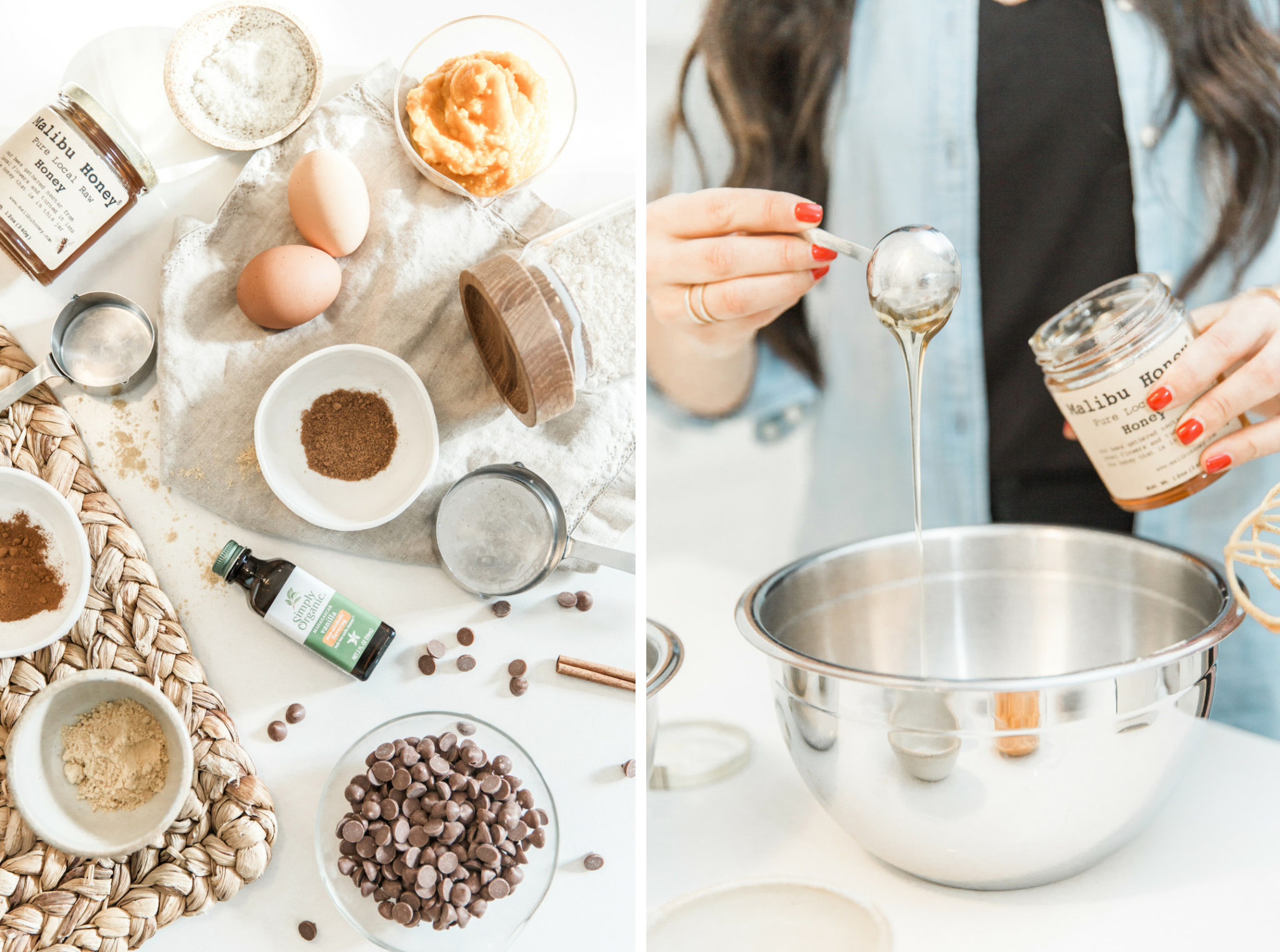 She’s been an open book online, sharing everything in her life, good & bad. She’s written about a breakup, a health crisis, & the excitement & stress of a cross-country move, all of which has helped her gain a loyal following of people happy to have found an online presence who is honest, knowledgeable, &, above all else, real. “Of course, I was so freaked out because when you’re so perfectly curated for so long & you let your guard down, you do make room for criticism,” she says about her decision to include all aspects of her personal life on her blog, but she’s glad she made the switch. Kat relates her site to a magazine, however while those outlets have remained curated & editorial, her site became personal & unfiltered, which she notes is the reason magazines went out of style, “nobody can relate to that”. Since her fans know her to be sincere in all aspects, they can trust that the products she promotes will be as wonderful as she says they are.

While opening up online was new to Kat, she’s no stranger to big transitions. After graduating from the interior design program at Arizona State University, Kat knew that wasn’t the field she wanted to be in. She made a spontaneous move to NYC with just enough in savings for two months’ rent & was inspired by early bloggers such as Fashion Toast to share her love of design on her very own site. With Love From Kat started as a way for her to share spaces whose interior design she adored, but that quickly changed when Nordstrom reached out to her, asking to do her very first promotion campaign through rewardStyle—something extremely hard to come by, especially at that time. Her site expanded from covering interiors to include fashion, from fashion to travel, travel to food, & finally from food to wellness & beyond. 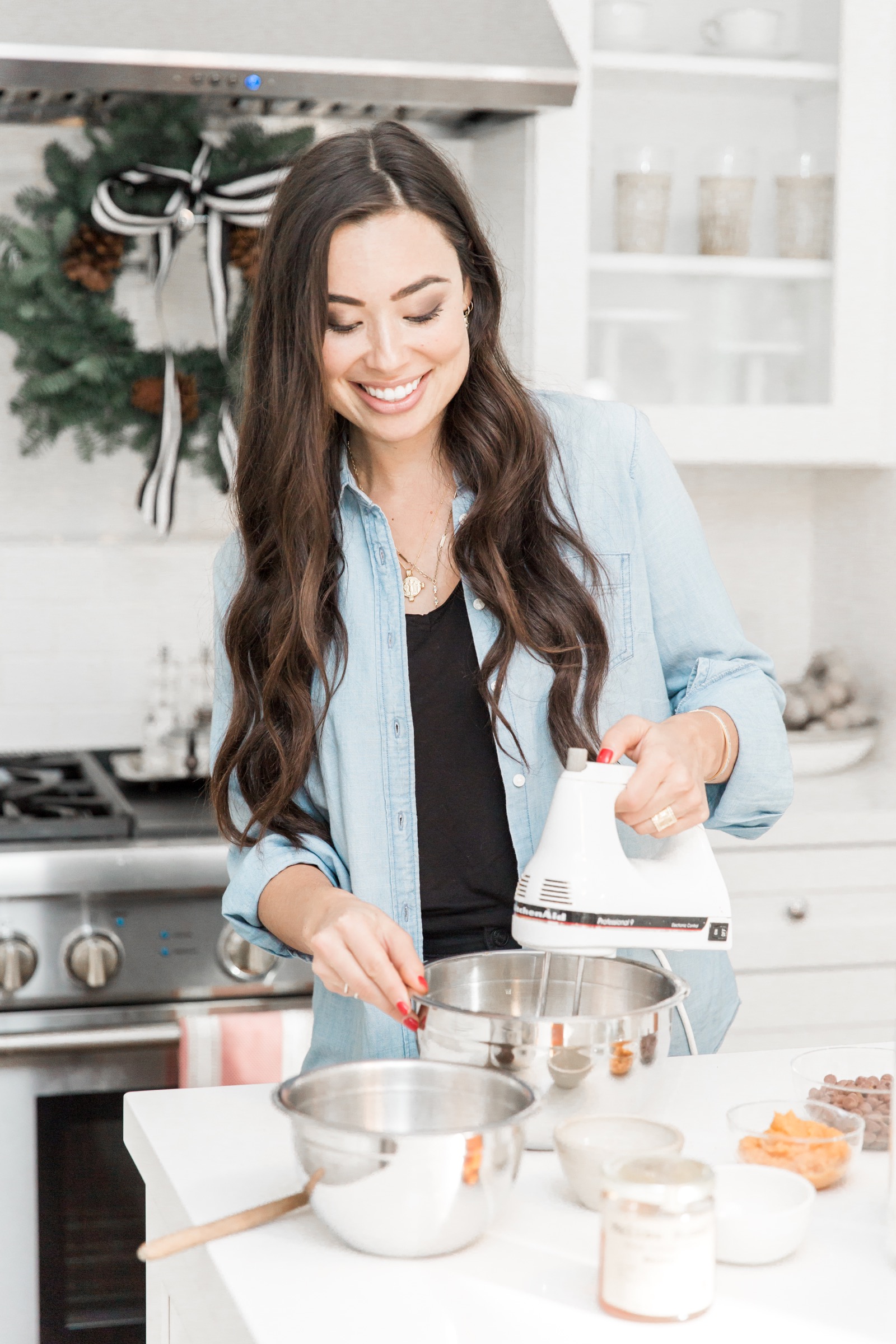 Her expansion into covering food & wellness was a pivotal moment not only for her site, but for her own health as well. After struggling with health issues & trying everything under the sun to fix things, she was able to find that by changing some simple eating habits, she could better control her health. “I tried to go vegan,” she says, “then I tried to go gluten-free, then Whole30, then juice cleanses & protein powders—everything I could to figure it out.” Once she discovered she had a histamine intolerance, she found herself on track to feeling the way she’d been wanting to for a long time. “Within three days I felt like I had my life back.” Her answer? Cutting back on chocolate, avocados, & red wine. Yep, that’s all it took. But rather than sulking that it took so long to get such a simple answer—or that the answer meant cutting out some of her favorite foods—Kat decided to share her experience on her site & found that many others had similar issues & were beyond grateful for her advice. Ultimately, her love of & time researching food has led her to write her own cookbook due out in 2019! The cookbook, which she worked on alongside Venice chef Alex Thomopoulos, chronicles Kat’s Venice lifestyle & food journey, & includes recipes such as the pumpkin bread she shared with us, rainbow grain bowls, kelp noodles, & matcha chocolate chip cookies—all of which are gluten, dairy, & refined sugar free.

With 2019 just around the corner, we bet you’re as eager to get your hands on all of Kat’s recipes as we are. Until then, you’ll just have to live off her gluten-free pumpkin bread (the recipe was originally created by Kat’s sister, Kameryn Tanita of Sullivan Street Eats)—shouldn’t be that hard since it’s beyond delicious & easy to make—just follow her recipe below! 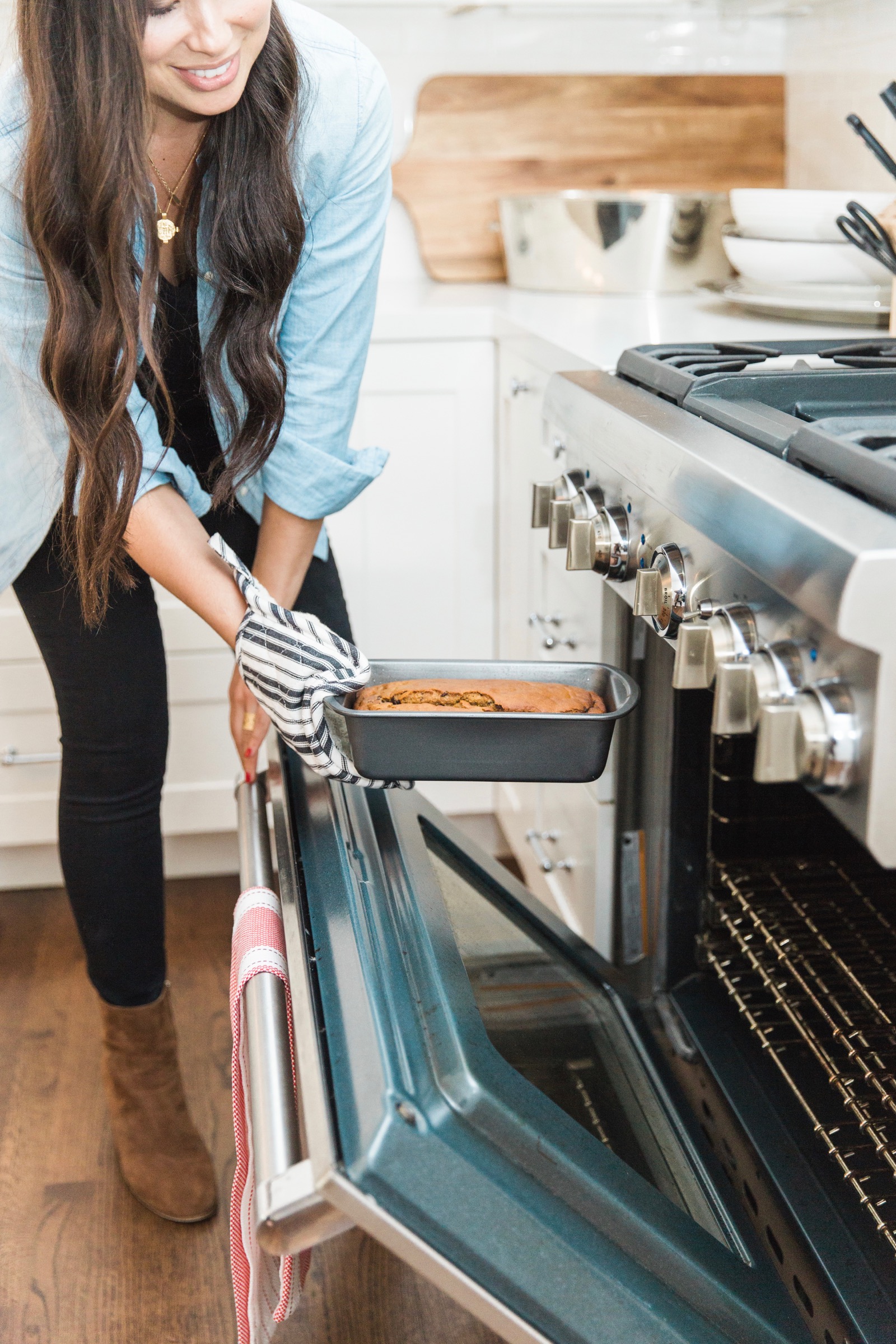 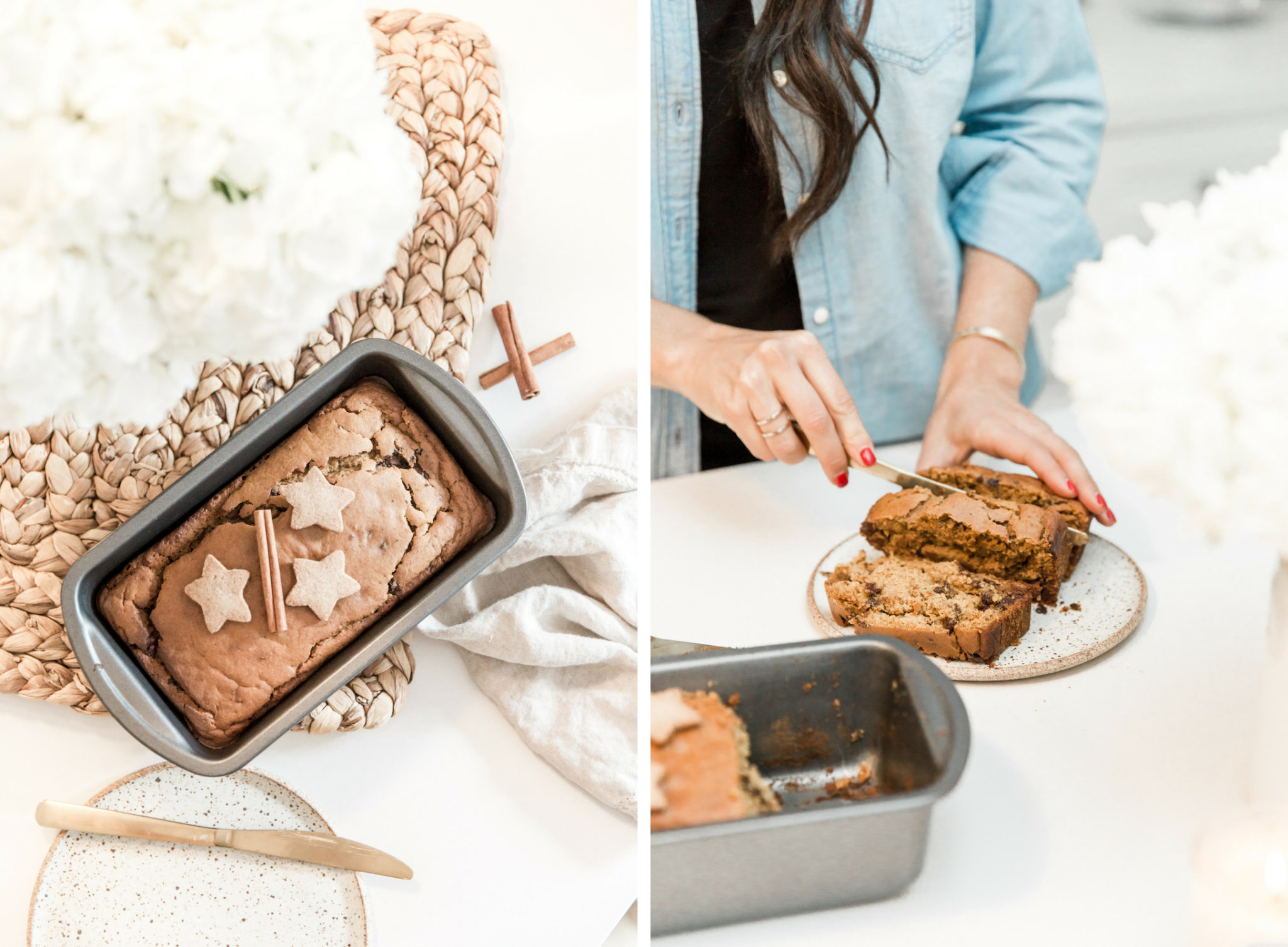