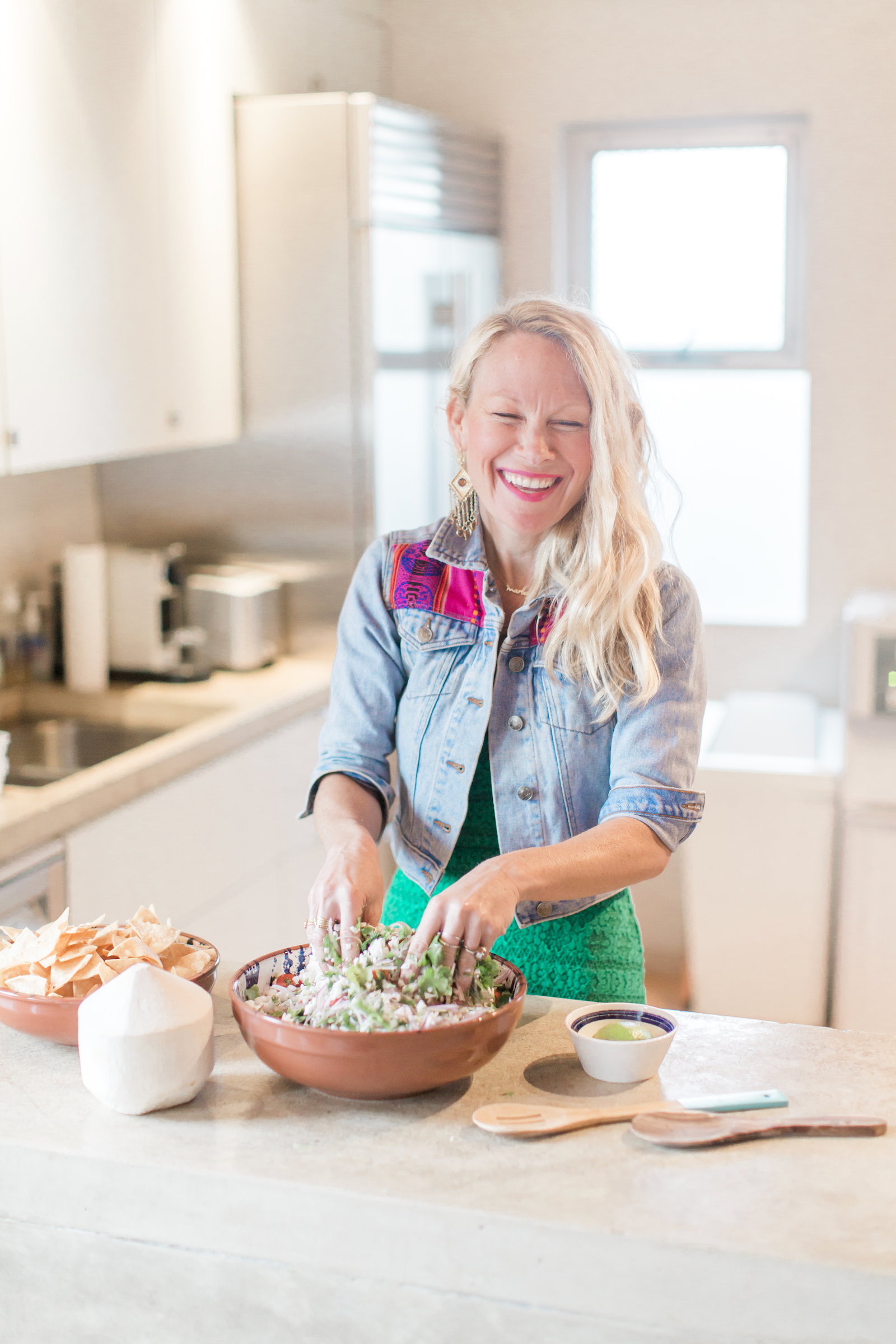 The irony behind The Butcher’s Daughter is their menu is entirely vegetarian. Those red splatter stain on their kitchen walls? Beet juice. The items hanging from the meat hooks on the ceiling? Kale. And while Heather, the founder of The Butcher’s Daughter, wasn’t actually raised by a butcher, she fell in love with vegetables the way she felt the daughter of a butcher would: wanting to revolt against her meat & potato upbringing from Indiana.

The aesthetic of The Butcher’s Daughter is what first lures you in, whether in person or on the ‘gram. Rightfully so, as Heather, the founder, is a designer at heart. “What drives me is the vision in my head & then I get to finish & basically get to invite people to the vision in my head,” she notes. That first vision didn’t start with The Butcher’s Daughter however, it began years back when Heather dreamed of opening a cocktail bar on Doyer Street in Chinatown. Sounds feasible however at that time, no one outside the Chinese community owned or operated space on Doyer Street so getting a foot in the door was not easy. Heather took it upon herself to take the landlord of the space she wanted out for a night on the town. Ultimately taking him on an upscale bar crawl throughout New York City, Heather finally convinced the landlord to give her the space. She enlisted friends & family to help fund & build out the space, which quickly became a top spot in the city. By opting to keep the old Chinese restaurant sign up on the door instead of branding the new space on the outside, the bar became a secret escape, something New Yorker’s love to be part of. When the space next door opened up for Heather to take over as well, she knew it was time to bring on outside investors. She invited everyone she knew: friends & investors alike to drinks & light bites to see who would be interested in investing. The friends were an essential invite to the party she notes, “We invited our friends so no one knew who was who. They were like ‘oh my goodness, there are this many people interested?!”. 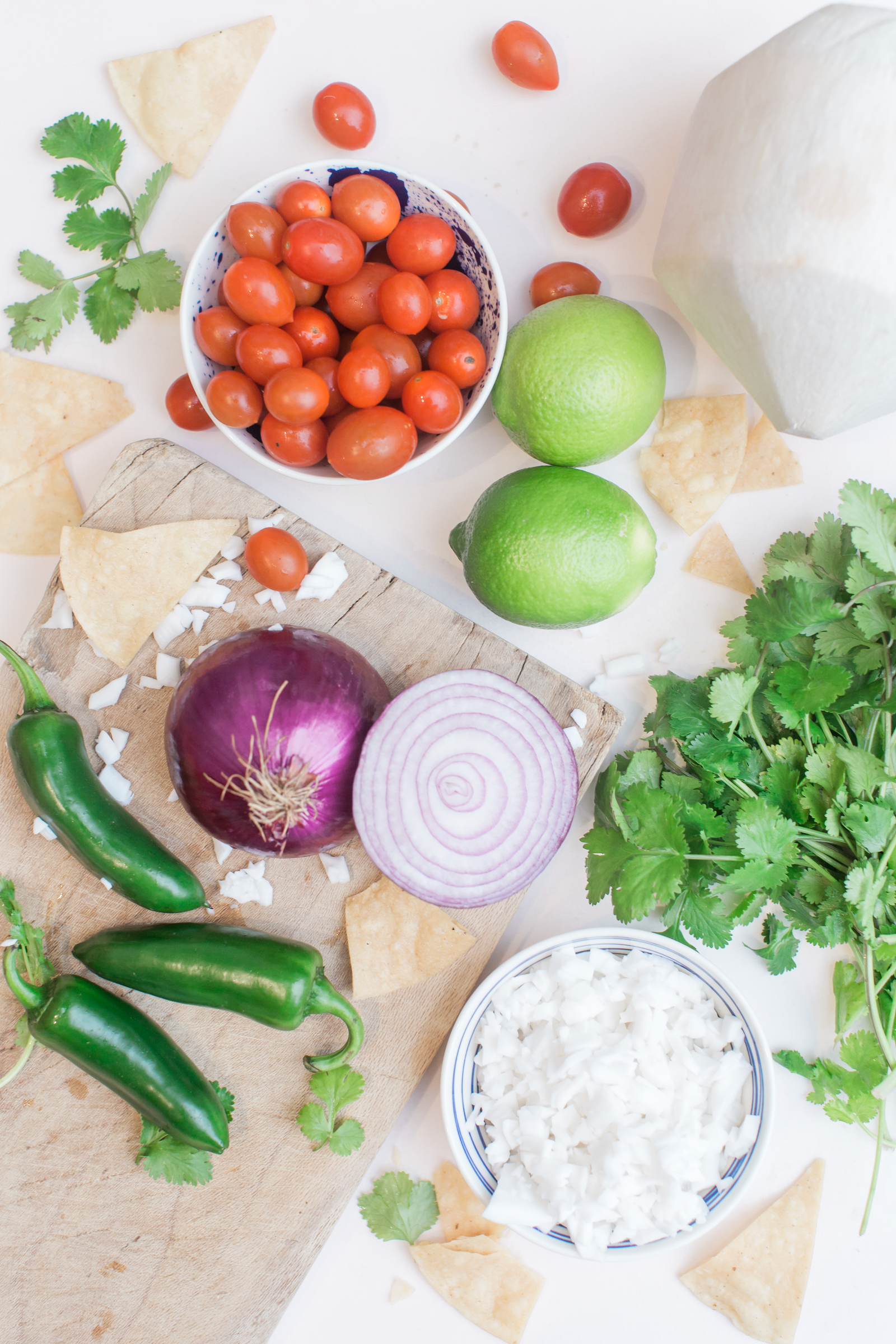 Following her time in New York, Heather decided it was time for a change & moved to Los Angeles where she soon opened the next Butcher’s Daughter location in Venice on the infamous Abbot Kinney. The key to her success all of these years is due to two things. First, who she is hiring. “You can’t teach a good attitude. It’s just either you have it or you don’t,” she notes. The second is believing in herself, “I literally design restaurants the way I want to sit in them, I make dishes of what I want to eat & drink,” she adds noting she has always been her target market.

Target market, boundary pusher, innovator, designer, foodie, produce butcher – while she might not actually be the daughter of a butcher, Heather Tierney has certainly made a quite a name for herself in the restaurant & design worlds. 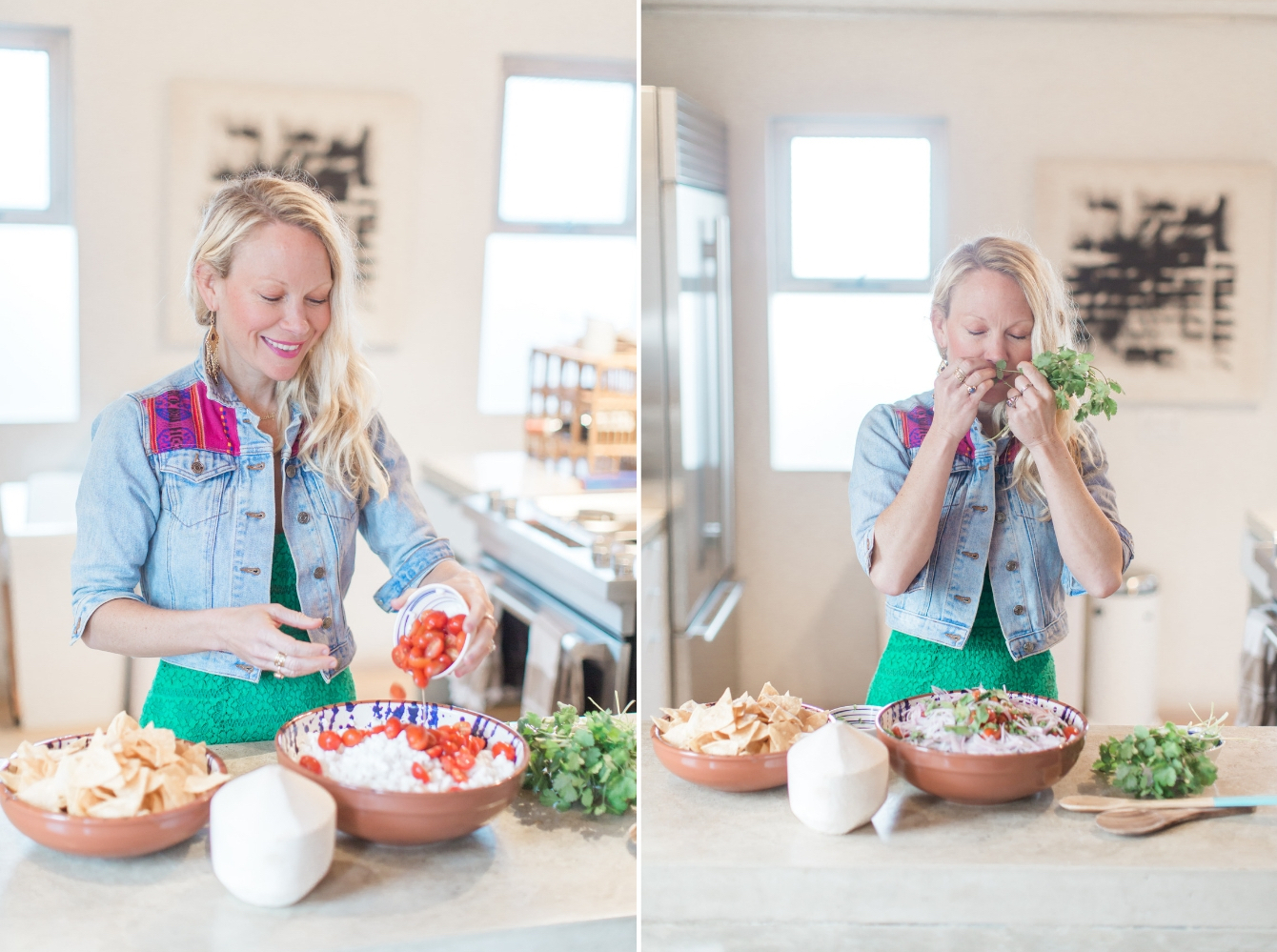 What was your entrance into the food world?

“I originally applied for a non-paid internship, like for anywhere in the magazine [Time Out] & I didn’t hear back. While I was waiting to hear back, there was an opening in the editorial section for entry level. I was going to be a janitor there – I didn’t care – I would have done anything. I just happened to land in the editorial section since that was what was open. I made this really creative resume. It was in the form of a card & it was around Valentine’s Day. I sent it, not to the HR contact, but who would be my boss if I got hired. I put it in a red envelope, it looked like a valentine & you open it & it’s my resume & cover letter. They invited me in immediately & I ended up getting the job. It was $25,000 a year in New York City. They were like, ‘do you understand what this salary means? Do you think you’ll be able to survive?’”

What’s next for The Butcher’s Daughter & you?

“We want to find another location in LA – we’re looking at West Hollywood. I have a dream of doing a farm hotel in Ojai. I’ve been looking at avocado farms out there for years because we go through SO many avocados.” 4 1/2 million avocados a year to be exact…. Dishes such as cacio e pepe cauliflower & take-away sourdough pancake batter are being added to the menu as well.

Speaking of avocados… What is the secret to your avocado toast at The Butcher’s Daughter?

Favorite item currently on the menu at The Butcher’s Daughter?
Mushroom Bolognese

Tip for eating healthier?
“Start with some green juice. For me, I try to make vegetables the base of most [meals]. Ask yourself, ‘are there vegetables in this?’”

What’s the next trend in the health food world?
“I think kale might be on the way out. It will never die but it’s had it’s limelight. I think watercress is the new green. It’s really, really good for you & it’s unsung. It’s really good juiced & it’s really good in salads so that’s my thing right now. Another thing I think celery is really big. Celery juice is really big right now. We just started putting it on the menu just as a straight celery juice elixir.”

One kitchen tool you can’t live without?
The Vitamix is amazing. I like making smoothies in that & soups sometimes.”

If you could spend the day In The Kitchen with one person, who would it be?
“Nigella Lawson – we could both have red lipstick on & heels & make chocolate soufflé. I also really love Donna Hay – the way she styles everything.” 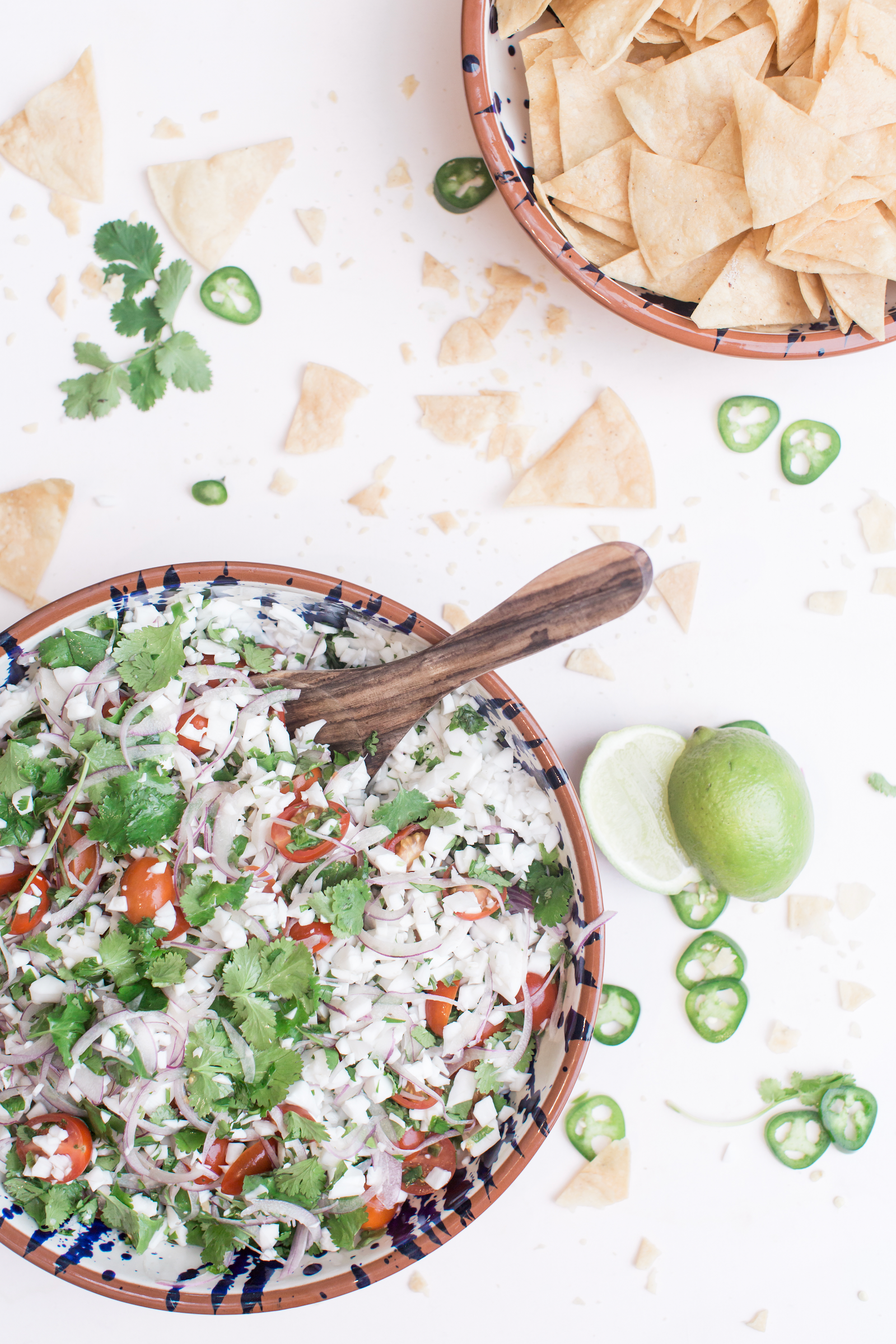