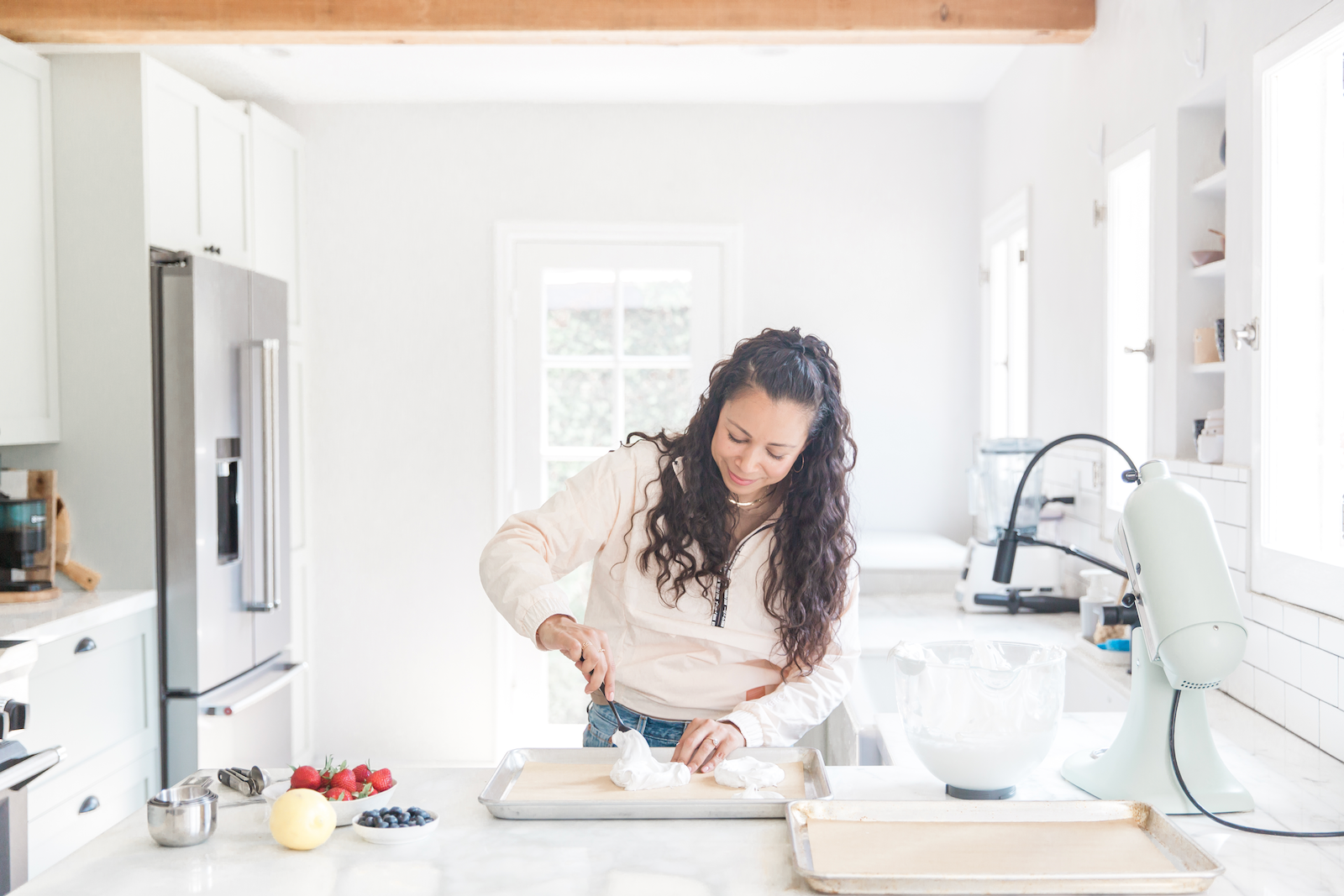 Let’s face it, we’re not all confident when we step foot in the kitchen. A million thoughts race through our minds. What if the dough doesn’t rise? What if there’s no flavor at all in the dish? What if I burn my kitchen down? To be honest, we’ve been there, done that—all of that. And we get it. If it’s not something you do often, let alone something you do for a living, cooking can be super stressful & uncomfortable. That’s why we called in an expert, food blogger & bestselling author of The Year of Cozy Adrianna Adarne, to show us how it’s done. She’s put in her time in the kitchen, trying over & over until her dishes come out just right, so you can be confident that what you’re going to finish with will be nothing less than perfection.

Here are ten tips she shares for success in the kitchen: 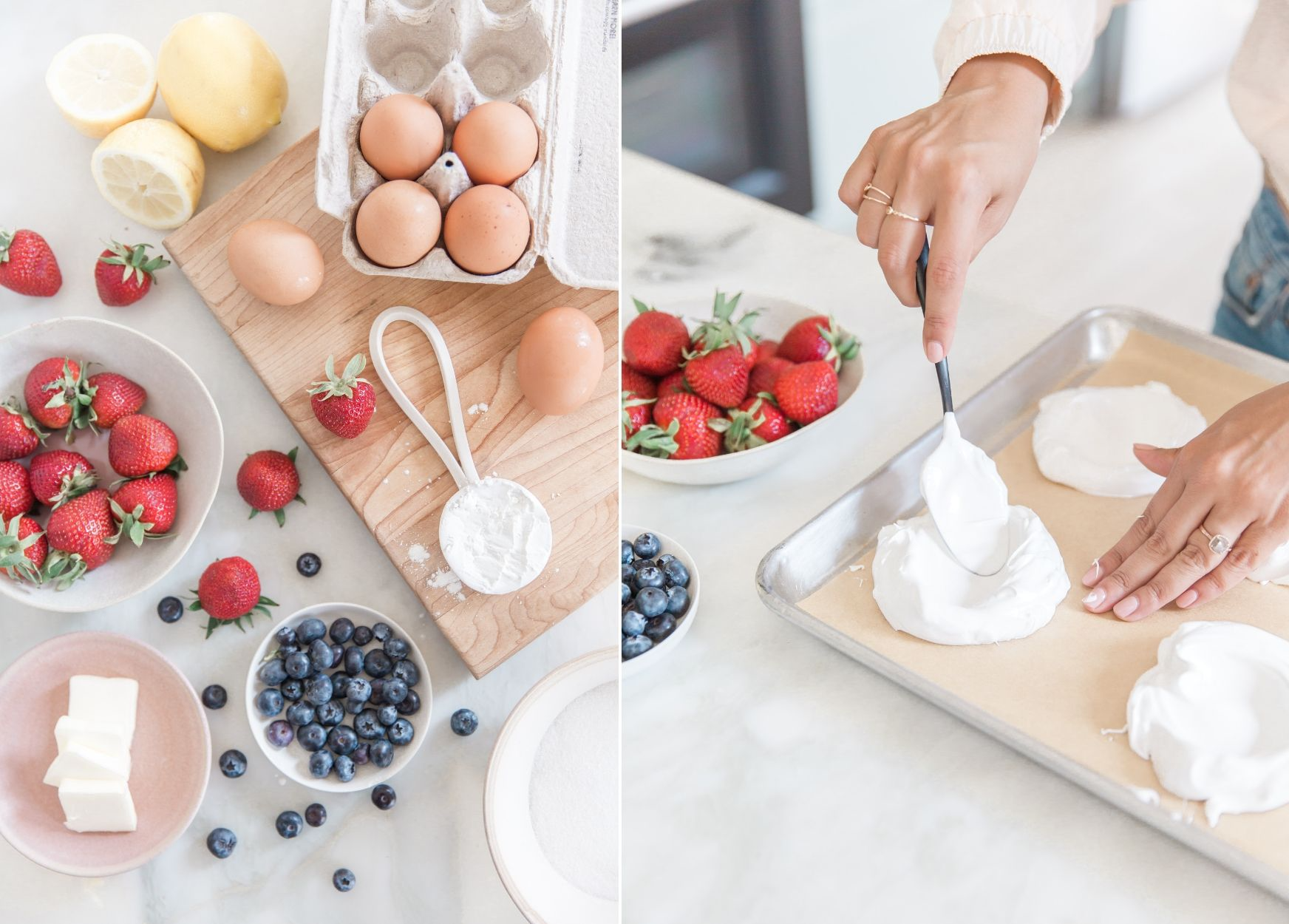 Tip 1: Find your go-to ingredients & know how they interact. For Adrianna, this means always having lemons & limes in the house. Not only do these add flavor to any recipe, the acidity also helps with the leavening or rising of baked goods. And honestly, she sometimes just enjoys snaking on a lime!

Tip 2: Invest in an offset spatula. This little tool might not be a staple in your kitchen just yet, but Adrianna swears by it. While it was originally designed to smooth frosting on a cake, Adrianna has found that it also helps with decorating desserts & moving fish onto a platter among other uses, saving you money & effort.

Tip 3: Find inspiration from your favorite restaurants or cities. She constantly finds herself at LA favorites Rustic Canyon, Bavel, & Joy. While the dishes she sees & tastes at these restaurants motivate her in her own cooking, she notes that most people—herself included—don’t have the time & resources to make some of these dishes. So instead of trying to copy them exactly, she’s found plenty of ways to recreate them in ways more realistic for herself & her followers.

A little farther from home, Adrianna absolutely loves the culture, art, & of course food of places like Lima, Peru & Mexico City, so she lets all of it inform & inspire her cooking. She’s been known to search through cookbooks from around the country & even the world to find how they make such amazing food (some translation may be required!). Among the many cookbooks she’s familiar with, her current favorite is Aloha Kitchen by Alana Kysar. When asked if she will ever come out with another cookbook of her own, Adrianna says, “I’m entertaining the idea of doing another one—something similar to the last one but a more grown-up version with recipes I think are much more cookable.” Her favorite recipe from The Year of Cozy? The masala chia snickerdoodles!

Tip 4: Invest in some cozy kitchen pieces to make the process easier & more fun. “I think it’s important to have simple, little things that actually make you happy when you look at them,” Adrianna says, referring, we’re guessing, to things like her trusty offset spatula! They don’t need to be sparkling, expensive, brand-new pieces either, she adds, “I think you can get things on sale or even vintage pieces.” Anything that makes you excited to be in the kitchen! Below are some of her favorite cozy pieces that will be sure to make you more comfortable in the kitchen.

Tip 5: Don’t be afraid to fail. This is a big one. It might sound cliché, but Adrianna admits, “Things do end up being a failure a lot in the kitchen. There have been times when I’ve tried [a recipe] at least ten times.” But that tenth time might end up giving her the most incredible muffin recipe ever! “It’s humbling for sure,” she says, “but it’s fun!”

Tip 6: Find your light. No, not for a selfie (though who are we to judge). When it comes to photographing food, Adrianna says that natural light is your best friend. The best light is usually indoors by a window in the mid-morning or late afternoon. If the sun is directly overhead, it will cast shadows that will hide your masterpiece!

Tip 7: Experiment with ingredients you’re not crazy about. You never know when you find a way to use them & they end up being your new favorite ingredient. For Adrianna, it was eggplant. “I used to hate certain things, but then I just prepared them differently & my opinion has been forever changed!” Instead of just sautéing the veggie, try roasting it with sauce & cheese to make an eggplant parm. Or slice it thin & bake to make a healthy chip alternative!

Tip 8: Find your outlet. Adrianna is the first to admit that cooking is NOT her source of self-care. “When it’s your job, it doesn’t really fall into that category,” she says. While she really loves what she does, she’s found it beneficial to find something outside of it to help her unwind after a long day in the kitchen. She found that outlet in exercise. For those of us who aren’t professional cooks or bakers, maybe the kitchen is your place of calm! If that’s the case, try starting with simple dishes to help you relax & indulge without adding any stress to the mix. “I think a lot of people start a little too ambitious with the things they’re making,” she says. She also suggests starting with a dish that doesn’t require a lot of decorating so you don’t need to worry about the appearance. Things like banana bread or chocolate chip cookies are great ways to make something beautiful without any artistic skill.

Tip 9: Don’t be afraid of packaged foods. No, no. Adrianna isn’t suggesting you buy a box of cookies, spread them on a platter, & pass them off as your own (although who hasn’t done that?). But she is a big fan of making things easier when applicable. She always has a jar of Rao’s tomato sauce on hand to help make pasta & plenty of other dishes delicious & a little easier to prepare.

Tip 10: Make tons of food, but don’t let it go to waste! Getting good at cooking & baking means lots of practice, & practice here means making the same dish over & over again until you get it just right. Don’t be afraid to make three iterations of a certain dish or three different types of cookies to see which you like best, but if you know you won’t be able to eat it all right then & there, freeze it for later or give some away to friends & family. Who would say no to a gift of some homemade treats! 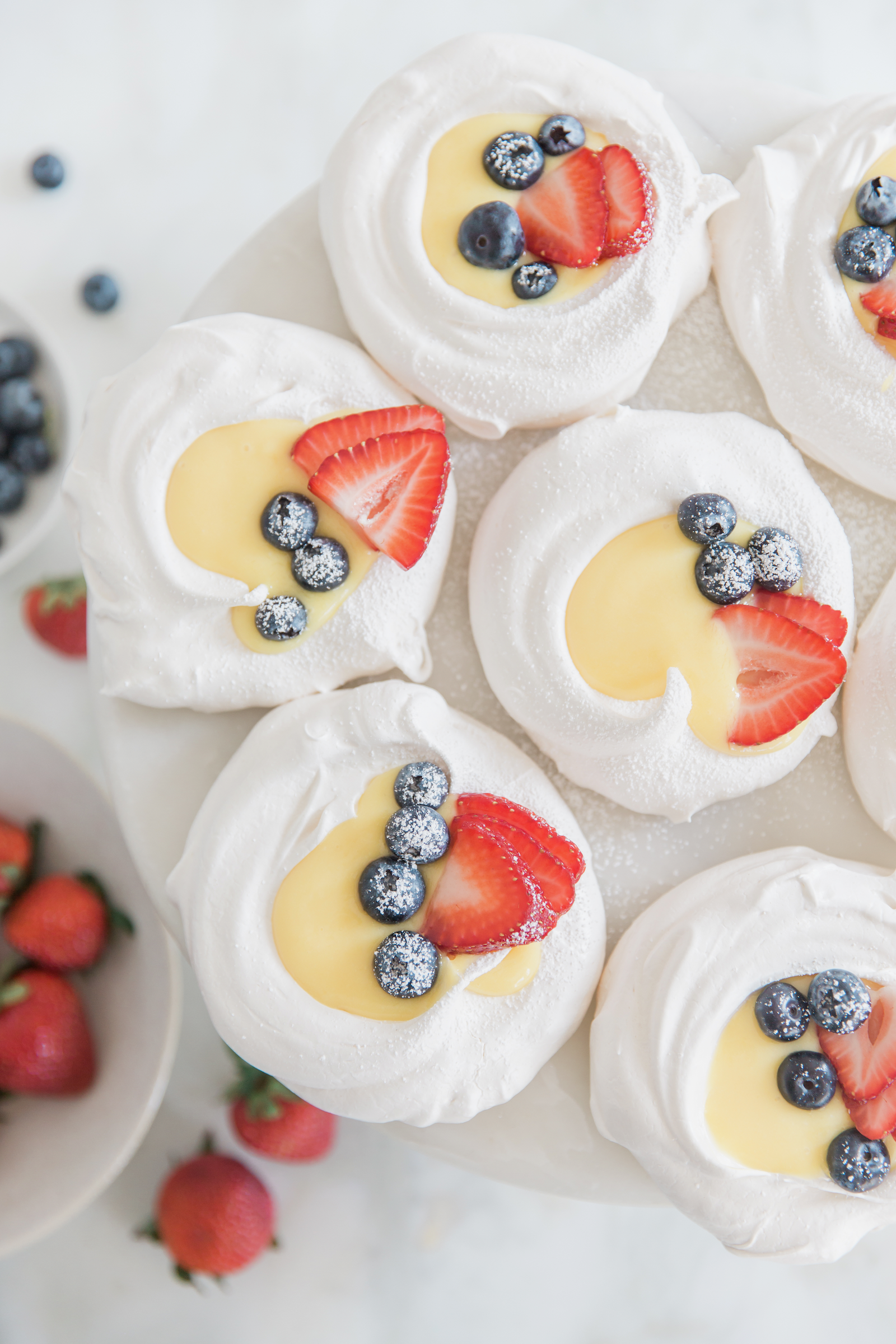