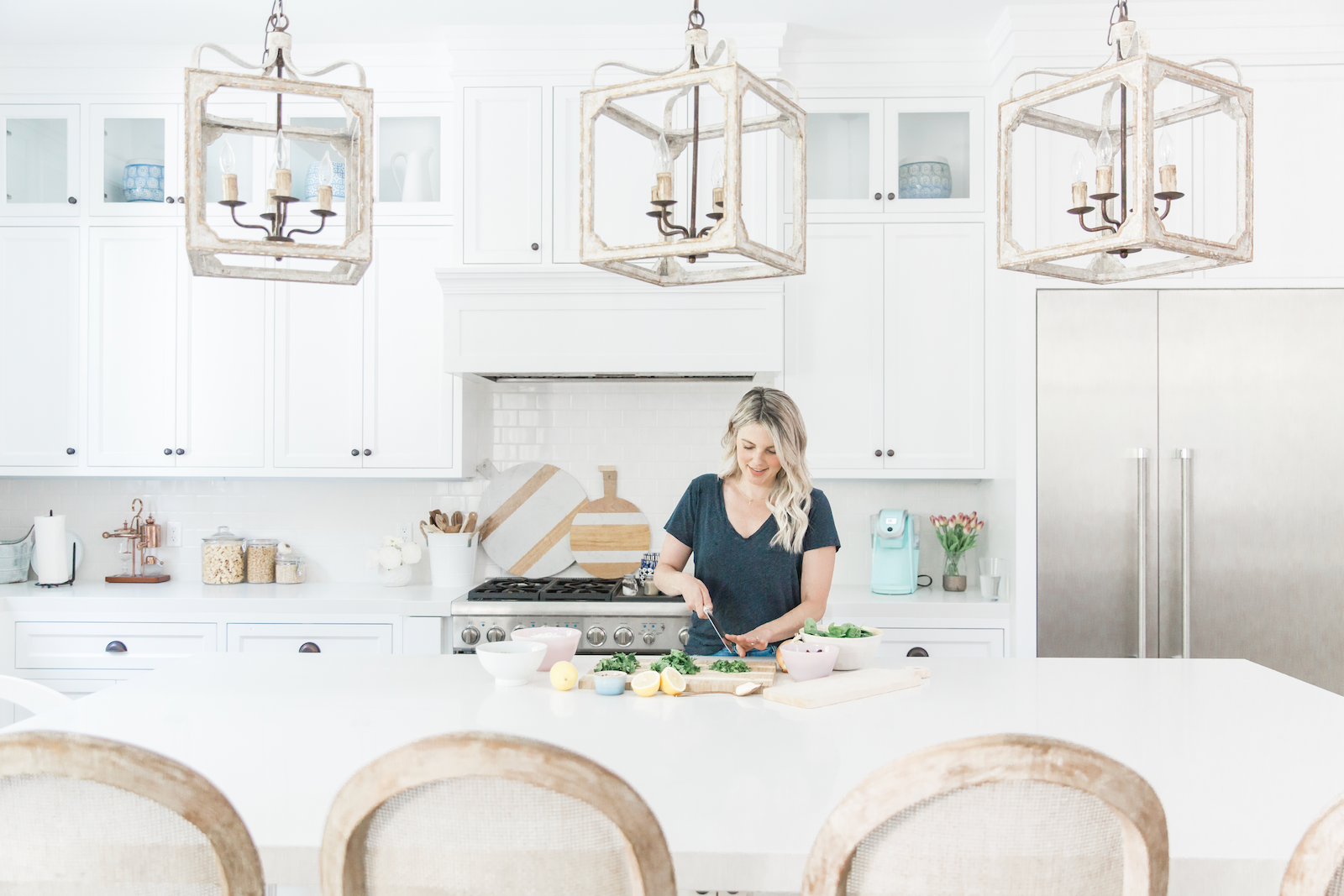 “I probably eat pasta for breakfast four days a week.” If these were the first words out of former Bachelorette Ali Fedatowsky Manno’s mouth when she got out of the limo, we all would have dropped to one knee right then & there. 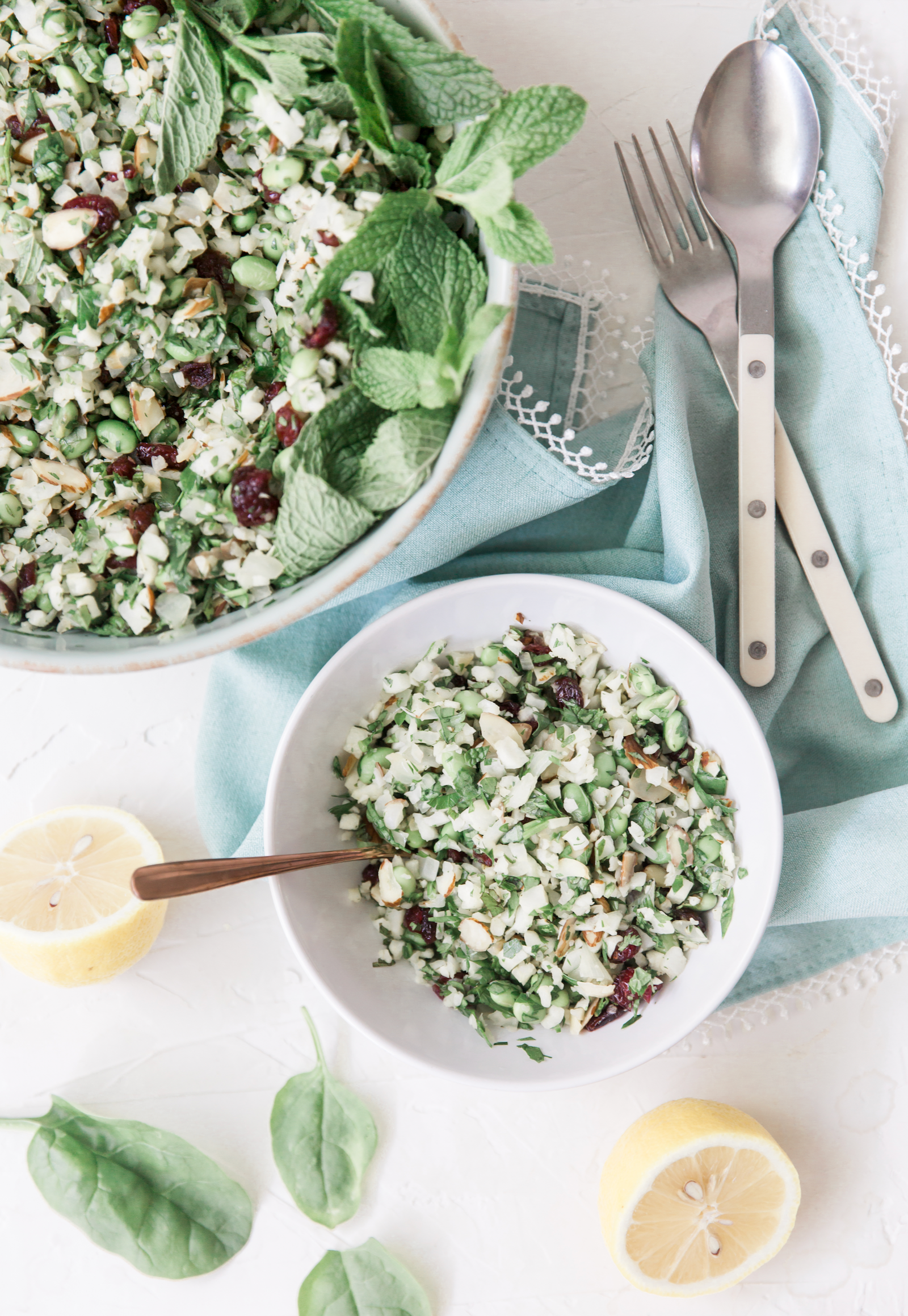 How in the WORLD does someone eat that much pasta & look the way she does? According to the current host of Home & Family, blogger behind Ali Manno, & podcast host of Bachelor Happy Hour, “When I eat less pasta, I find I actually gain weight.” What a wonderful problem to have! Fully aware that it’s not exactly the healthiest food in the world, Ali has no plans to purge her pantry of pasta & ramen. And that’s just one reason among many why we love her so much. With our Instagram feeds filled with new dieting fads & superfoods every day, it’s refreshing to see a celebrity like Ali doing her own thing. “We like to read the studies & know what’s good for us, but we mostly just want to go with what we like,” says Ali. “If I read about something I wouldn’t normally eat, I’m not going to eat it!” But there’s plenty of things you pass on the shelves at the supermarket every time you walk the aisles whose benefits you might never have thought of. According to a doctor who made a guest appearance on her show, for example, something as simple & natural as a walnut is wildly healthy & can even help prevent cancer, so you should always keep them in the fridge (yes, you heard her right—in the fridge!).

Although she prefers to stick to what she knows nowadays, Ali has had more than her fair share of adventurous eats. As former host of the hit travel show 1st Look, Ali saw the world & learned about the cultures of the places she visited through the most popular medium there is: Food. While she no doubt tried some of the most delicious dishes this world has to offer, some, such as the Filipino street food balut (aka fermented duck fetus) were just a little too exotic for her tastes & sent her running back to her pasta pantry.

Before 1st Look, Ali’s working life started at Facebook back in its early days. One of the social media giant’s first employees, she worked right alongside Mark Zuckerberg (or “Zuck,” to her—casual) & COO Sheryl Sandberg. It was Sandberg who gave Ali the advice she needed to hear most when faced with the difficult decision of whether to stick with her job or take the leap in becoming the next Bachelorette. “I remember I was at my hotel in LA,” says Ali, “& [Sandburg] just told me, ‘You have such an amazing opportunity to be a powerful & positive role model for young women. I know that you’ll make us proud.’” And with the career Ali has created for herself since The Bachelorette, we’d say she sure did. 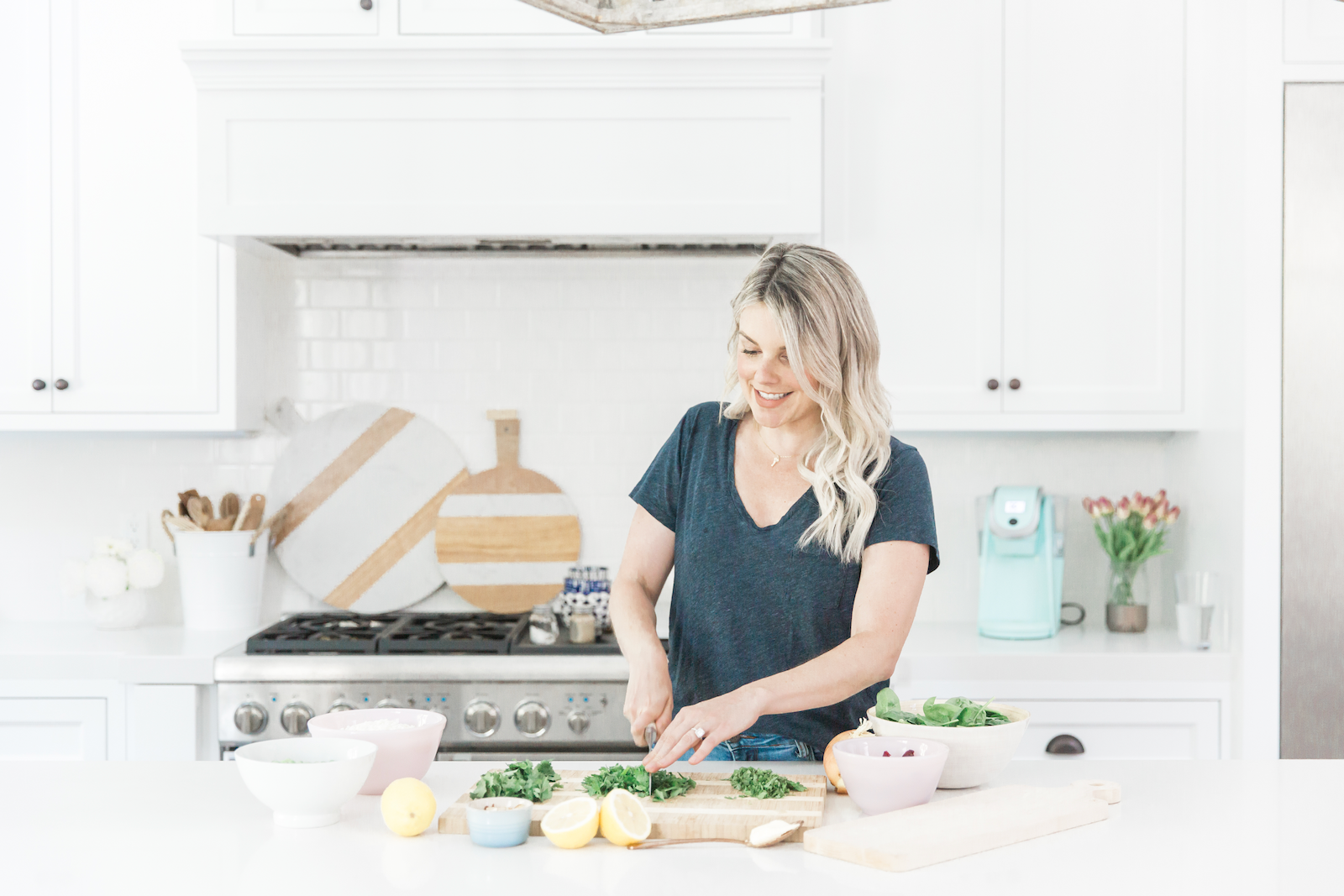 And can we take just a minute to get a little behind-the-scenes look at The Bachelorette? Ali confirms that no one on the show eats during the dates since they’d just be chomping away into their microphones for all of America to hear. So what did Ali do the last two weeks of her season while they were filming in Tahiti? Sit in her car & eat a ton of snacks. “I ended up just eating rolls all of the time,” she says. “I gained so much weight during my season because that’s all I ate. But it was delicious!”

Ok, now back to the real story. As an entrepreneur, wife, & mom of two, Ali’s main focus with health & wellness is strength, mental & physical. “Yes, of course I want my body to look better,” she says. “I’d be completely lying if I said that wasn’t a motivator, but I really want to be healthy. I want to be strong.” It’s this strength, along with her transparency & relatability, that’s helped make her the successful businesswoman & mother. In short, it’s part of what makes us crave her as much as she craves a good plate of pasta. 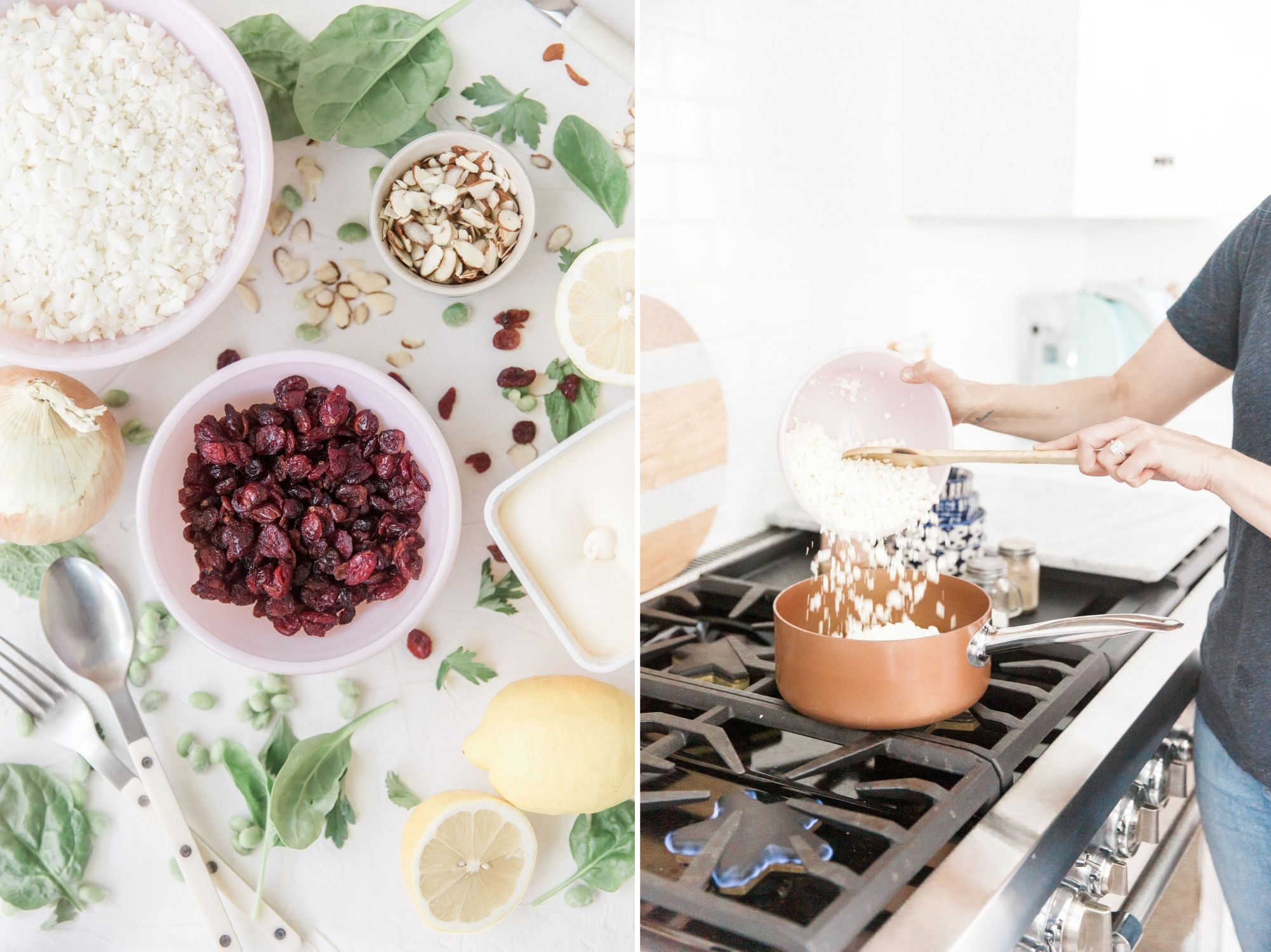 If you could spend the day in the kitchen with one person who would it be? My Grandmother, Curtis Stone & Beyonce & Jay-Z (plus their chef!)

Salty or sweet? Sour or sweet? I don’t know between sour or salty!

You keep a mainly meat-free diet, are there any substitutions you swear by? “I like to make substitutions in some places. However there are some things I cannot give up like parmesan cheese. For mayonnaise, Vegenaise is so good. You can make cremas & so many sauces with it. You would never know the difference from regular mayonnaise.”

Food Fun Fact? Soy turns on a gene in your body that [fights cancer]. We try to eat edamame, tofu, & meat-free nuggets a lot because of that. I’ve had kids come over here & think they’re getting [real] chicken nuggets & they have no idea!

Funny kitchen fail story? Ali’s husband, Kevin, chimes in on this one… “When we first started dating, Ali was living in this very tiny apartment, and she never cooked at the time. She woke up early to make something one day & turned on the oven. But, for whatever reason, she was keeping her oven mitts in the oven!” Ali jumps in, “Not in the oven! In that drawer thing below!” Kevin adds, “She thought that was just for storage.” Ali notes, “I almost burned down the place! There was a tag on the oven mit that was half burnt, so we saved it. It’s framed!”