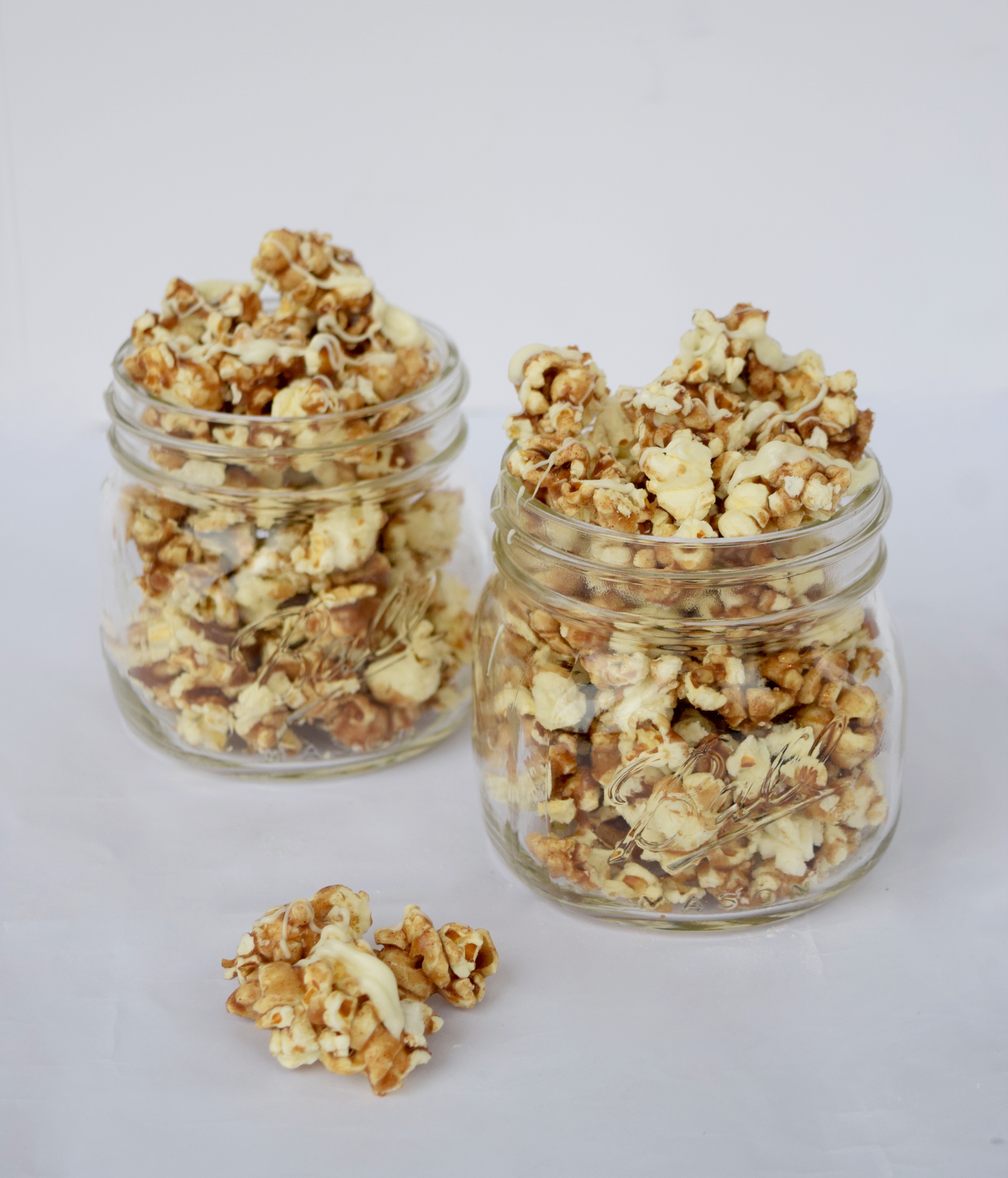 Did you know that microwavable popcorn is one of the WORST things you can put into your body? The bag you make it in is filled with tons of harmful chemicals that have been linked to some pretty scary diseases (source). As someone who thought it was considered a “healthy” snack I was shocked & disappointed to read that. In my search for a healthy popcorn alternative that still taste great I discovered SkinnyPop which is made without any preservatives, contains no artificial ingredients, is non- GMO, gluten free, etc. This was a few years ago & I’ve been hooked ever since. As much as I love the taste of SkinnyPop on it’s own, being the dessert feen I am, I decided to play around with it & see what other recipes I could come up with. Since it’s only about $3 per bag, I figured this would be a perfect snack to bring to a party, use as a goody-bag, or as a gift since it doesn’t break the bank & also makes you look super creative in the kitchen. Plus, makes for a great guilt-free dessert. Although it’s covered in a cinnamon glaze (it is a dessert after all) SkinnyPop has only 39 calories per cup making it a better alternative & helping you stay on track with those New Year’s resolutions. 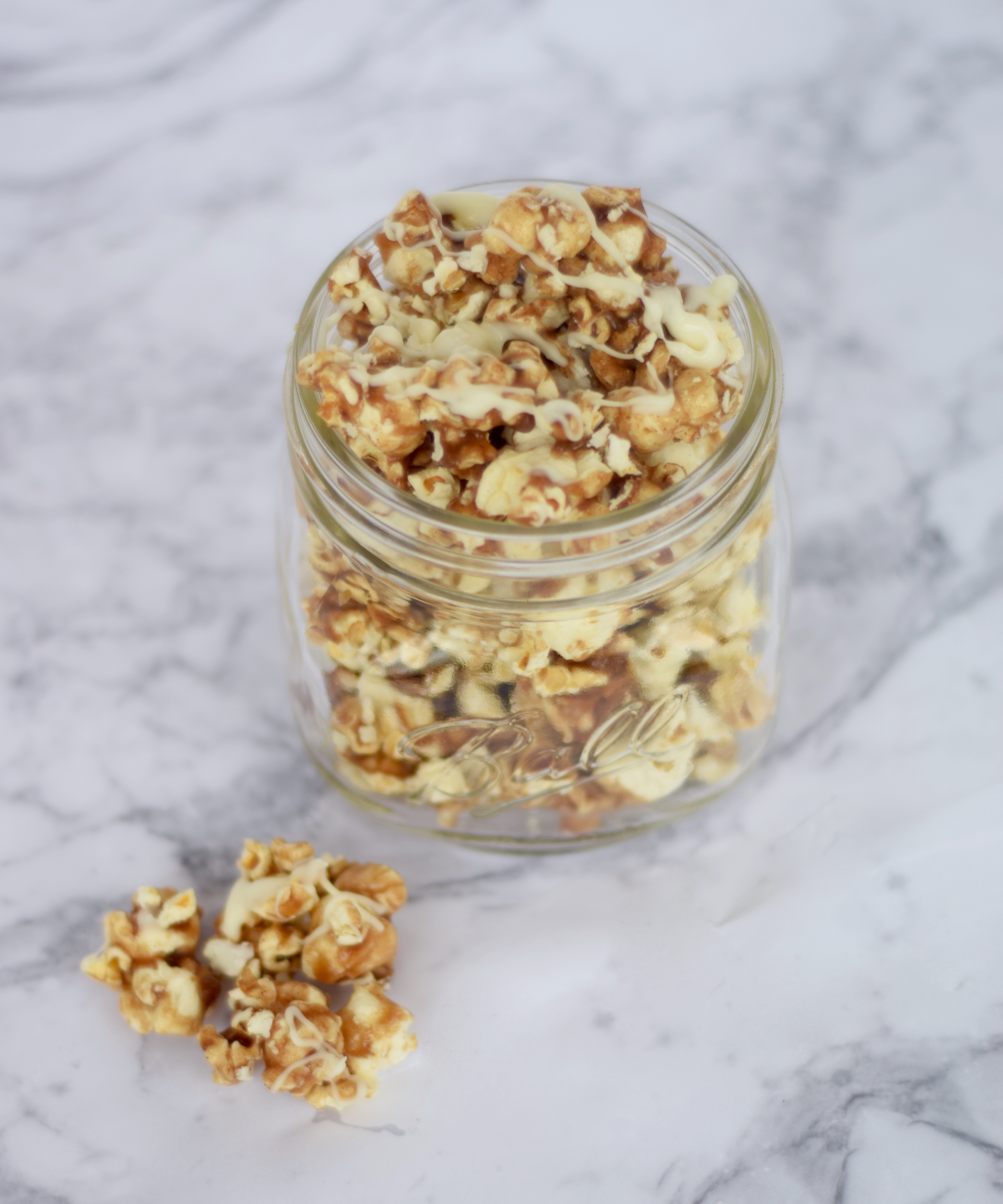 Essentially, this recipe is just popcorn, a caramel glaze, & a touch of cinnamon. If you’d prefer the make caramel popcorn instead, just hold off on the cinnamon & white chocolate & do everything else the same. Looking for more cinnamon roll recipes? Check out our mini cinnamon roll cereal, cookie dough cinnamon rolls, cinnamon roll pancakes, & our giant cinnamon roll layered cake! 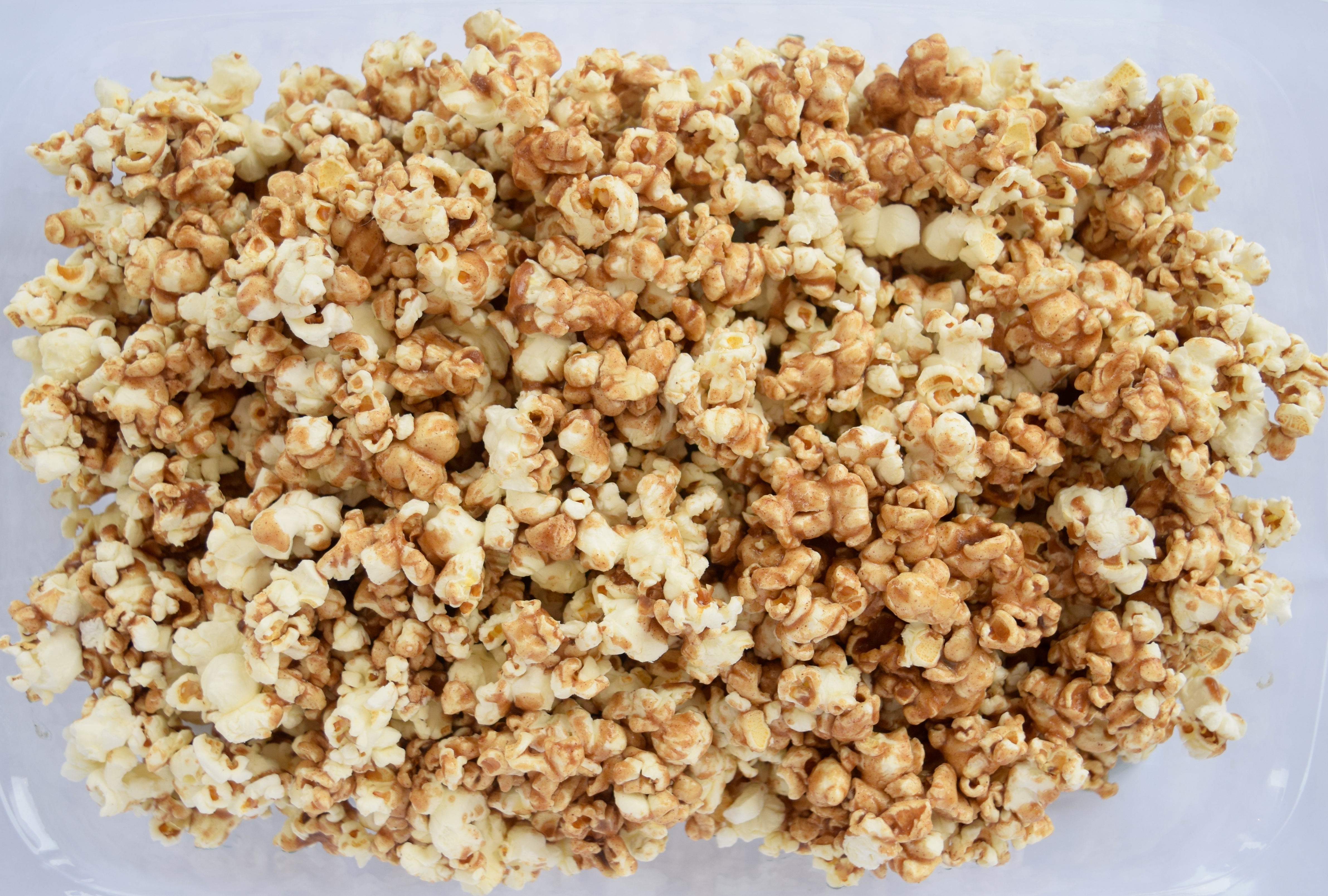 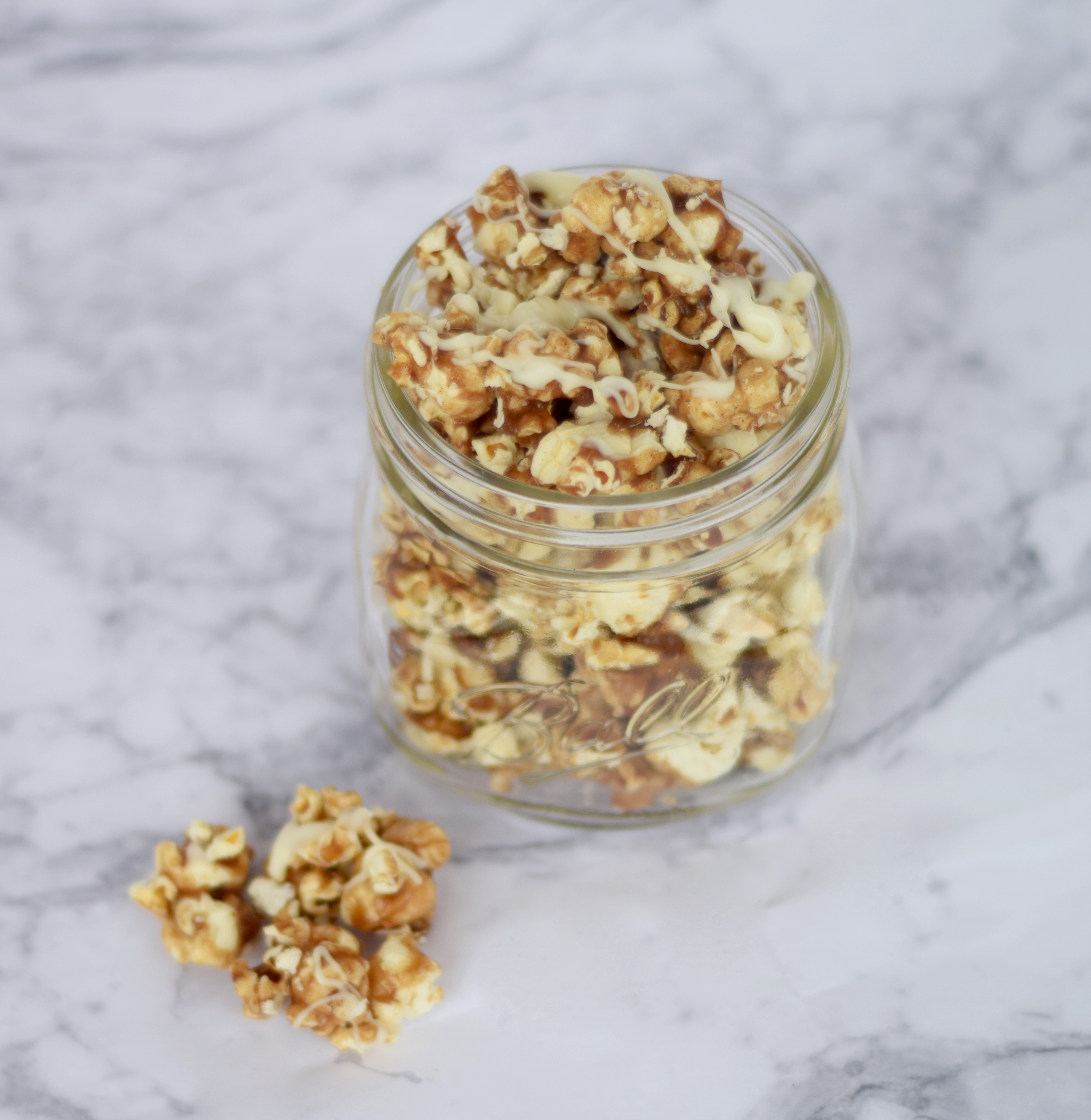