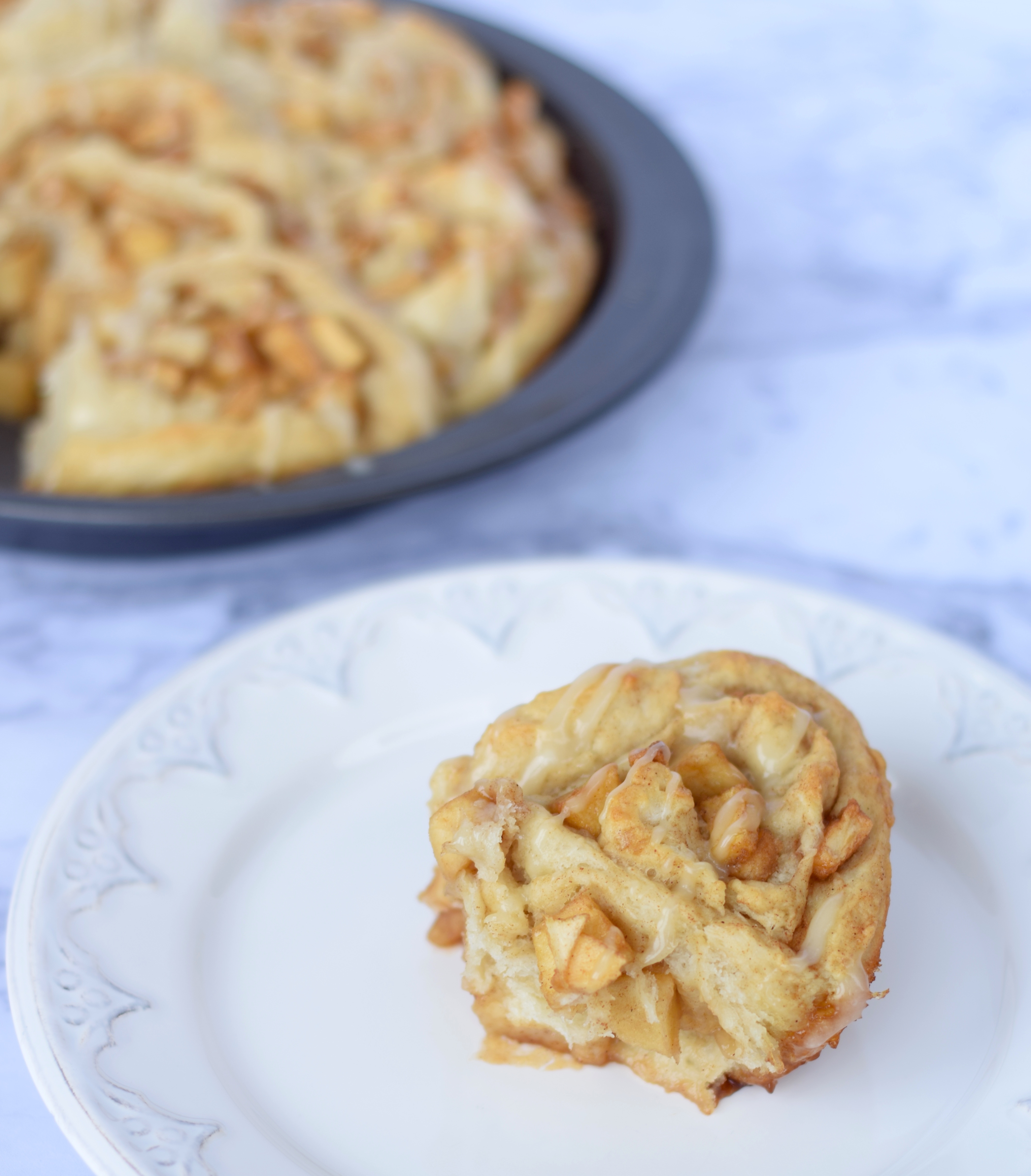 Using the dough from this ginormous recipe, the icing from this miniature recipe, & the caramel sauce from this delicious breakfast recipe I present to you PLSR’s latest hybrid recipe: apple pie cinnamon rolls. A combination of two classic American desserts, this recipe is one that’s acceptable to serve year-round. Replace your boring cinnamon rolls during those cold winter days, substitute it for a basic apple pie on the 4th, welcome fall with it’s true to season cinnamon flavors, & indulge in spring because why not! 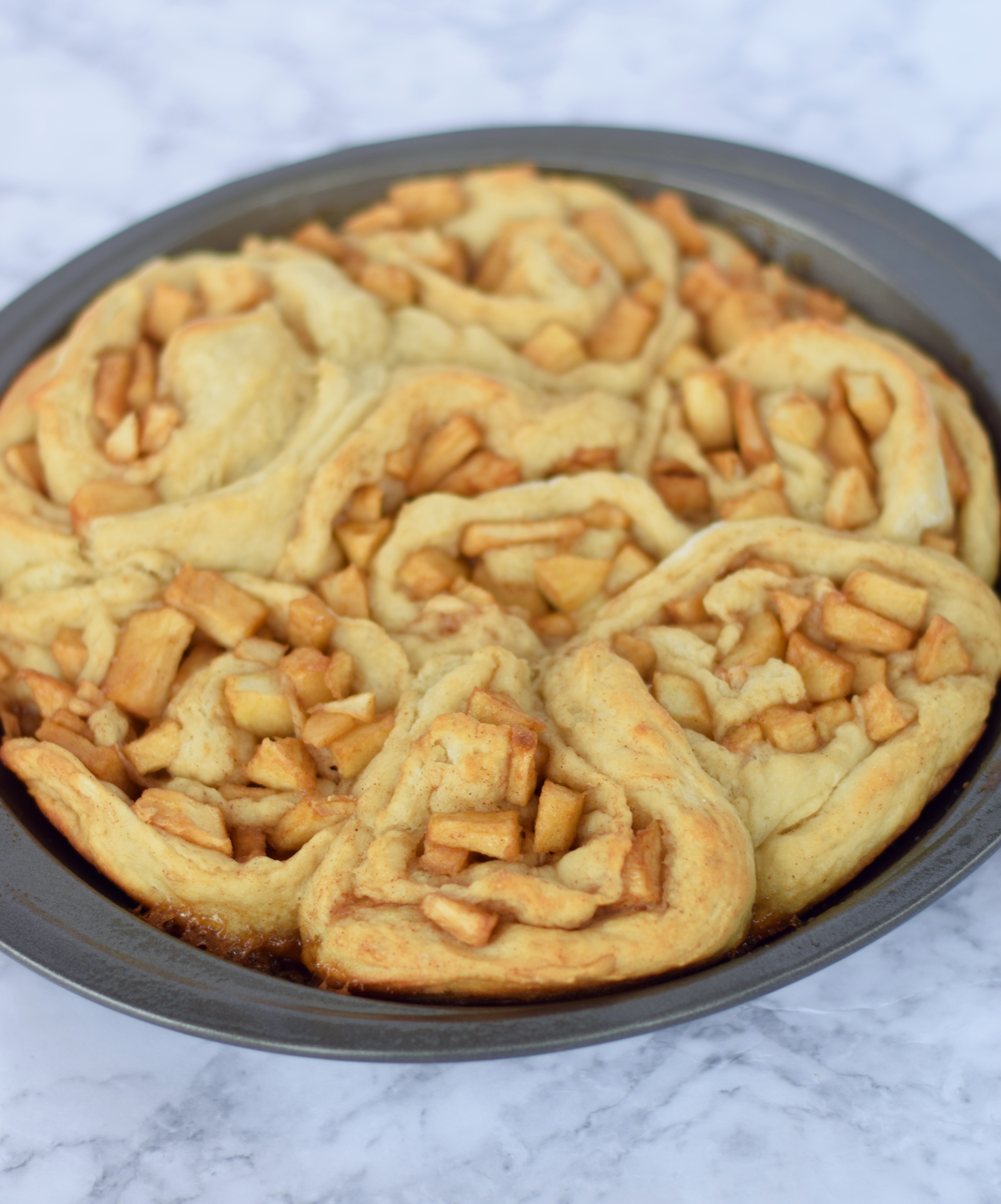 While it technically is a time consuming recipe, majority of the time you’re just waiting for the dough to rise & the rolls to bake. Other than that, this recipe is far less intimidating than it may seem. The outcome is worth waiting for as the pillowy dough & crisp apple flavor is one heck of a combination. 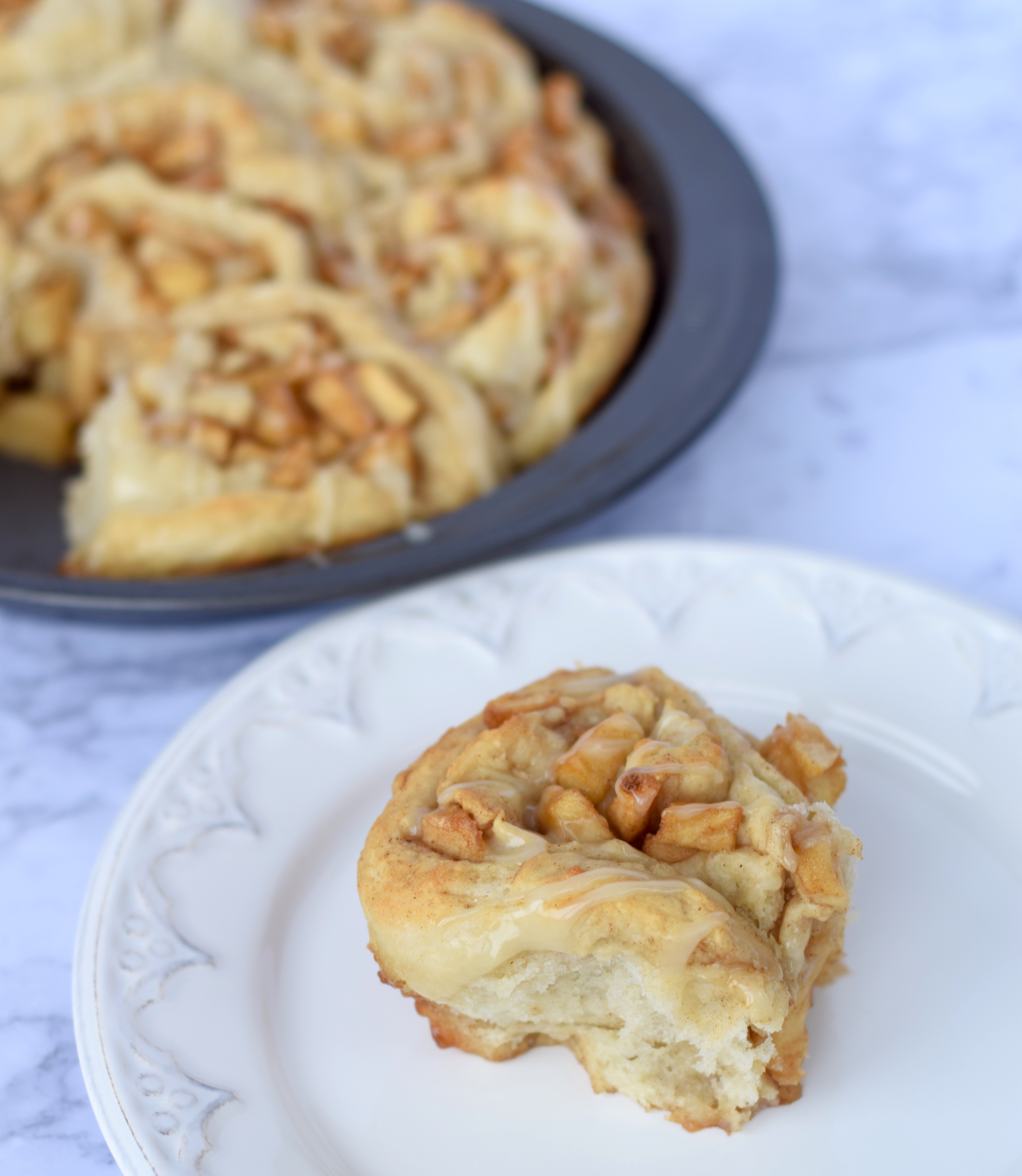 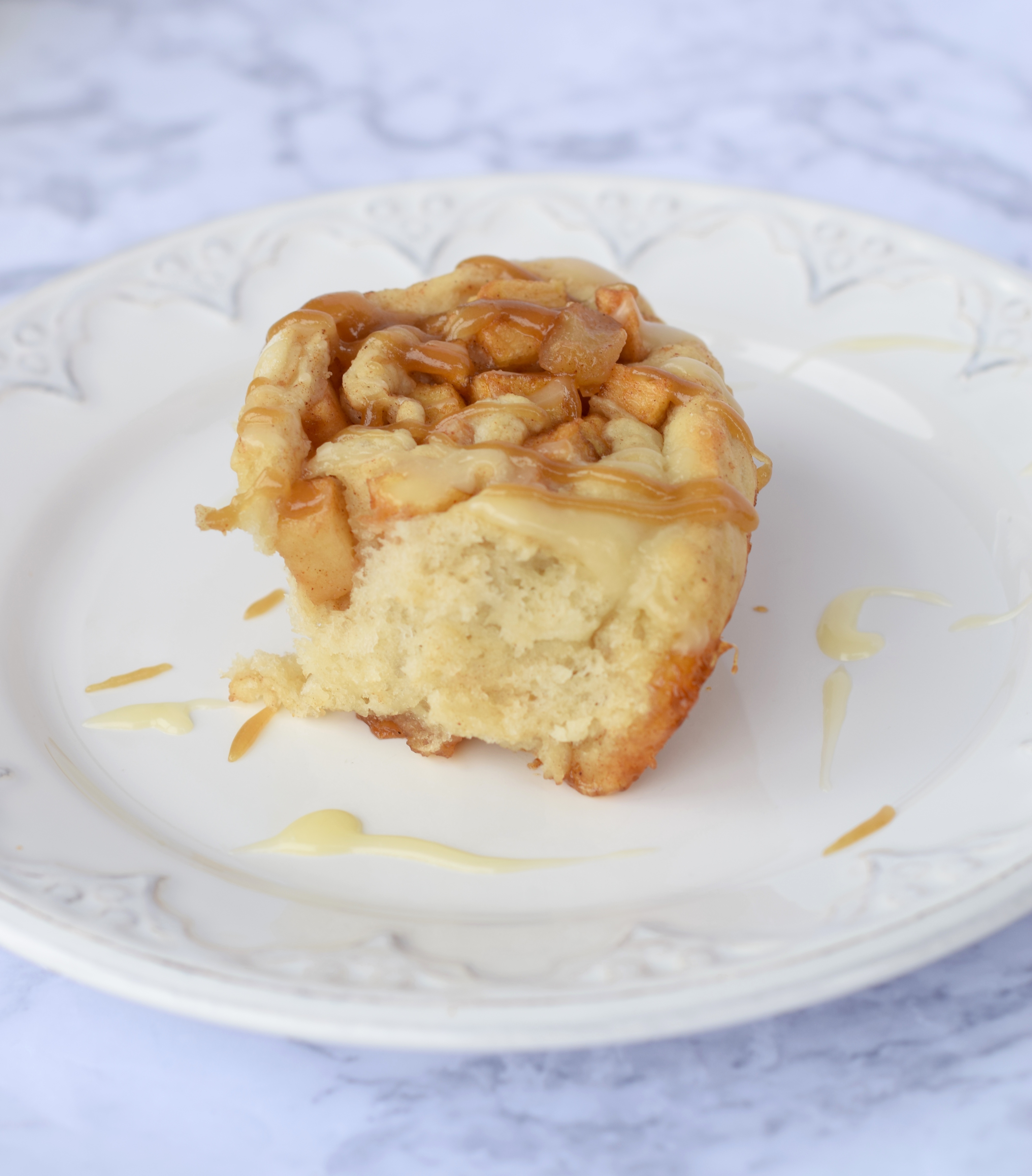