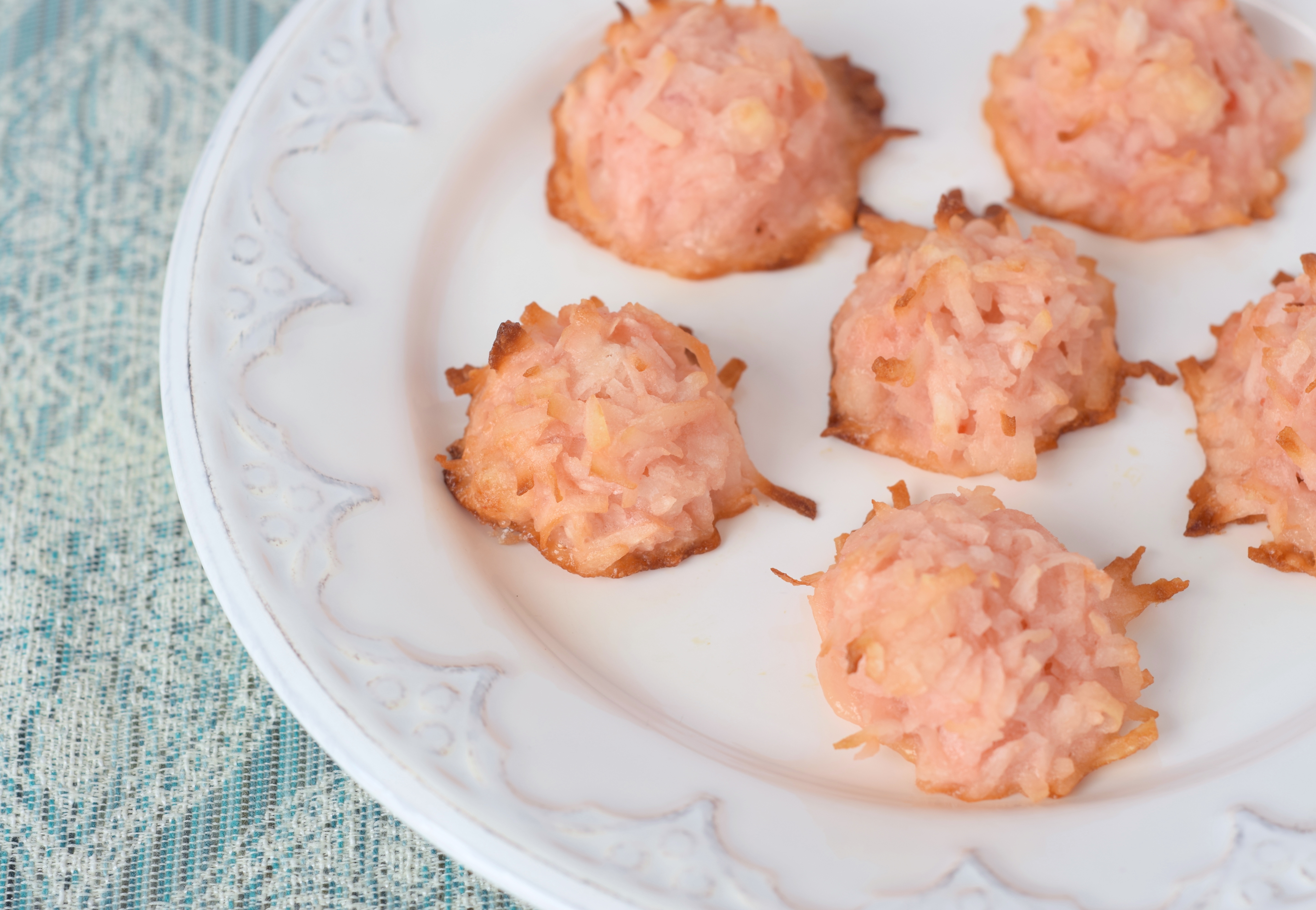 Most people don’t understand the difference between a macaron & a macaroon. Of course, they realize there are two separate types: one with coconut & the other a cute little patty but they truly don’t understand the spelling associated with each. A macaron, made from almond meal, is a delicate French pastry resembling that of a mini hamburger, in pastel colors of course! While a macaroon, as seen in this post, is a coconut based treat typically enjoyed on Passover as there is no flour in the recipe. As someone who believes all desserts should look as good as they taste, I was on a hunt to make macaroons as visually appealing as macarons.

The task, which I thought would take me several recipe to figure out, I was able to achieve on my first attempt! After whipping the egg whites & combining with sweetened coconut shreds I considered adding some food coloring as that would easily do the trick. Yet that seemed like the easy way out. Instead I searched through my pantry (which looks like a Costco warehouse…) and came across some raspberry jam I had previously used for this recipe. Just 2 tbsp of this red flavored jam combined with the egg whites & coconut flour resulted in a stunning pink color. While the food coloring would have done just the same, this attempt for a prettier treat resulted in not only that but a more delicious treat as well! 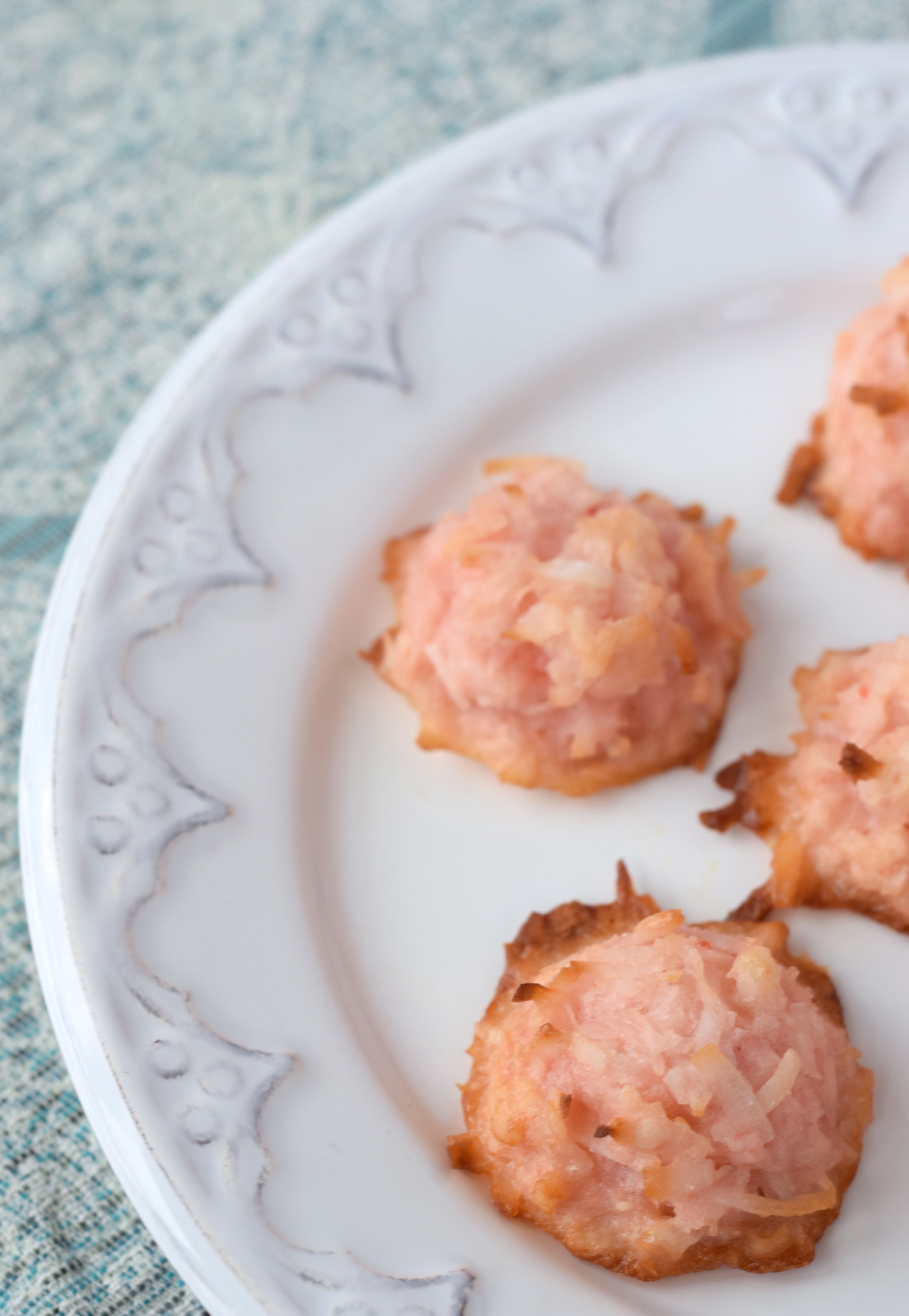