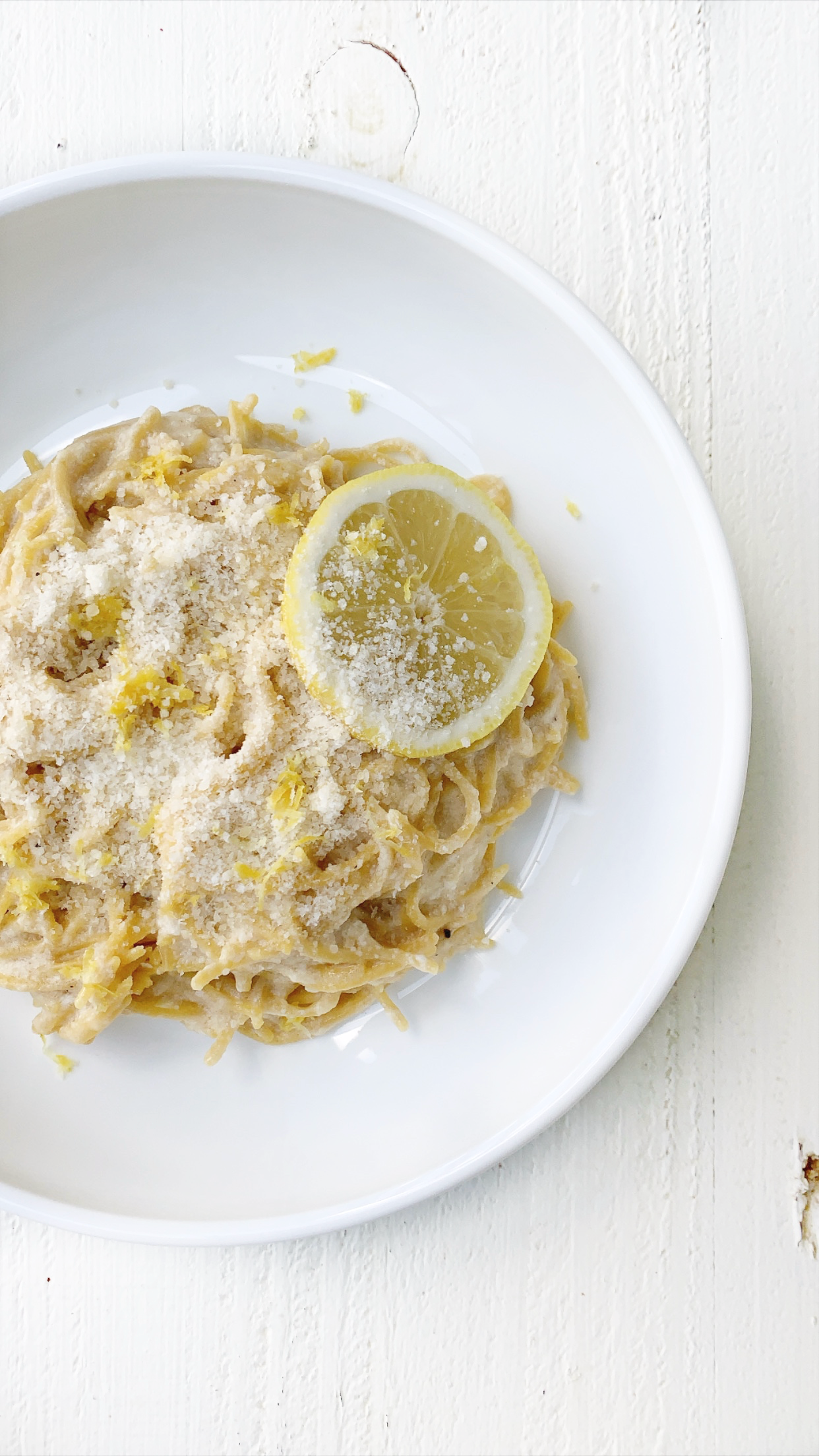 A while back when we interviewed Michaela Podolsky, she mentioned one of the people she’d love to spend time in the kitchen with was Frank Prisinzano. Her jaw dropped when I told her I had yet to eat at his infamous restaurant, Lil Frankie’s. Obviously as soon as our interview was over I went to grab a bite to eat there & every time I’ve been to NYC since, I’ve had this pasta limone from Lil Frankie’s. It’s one of the best dishes I’ve ever had & everyone who has had it seems to agree. So naturally I was determined to make it at home but to challenge myself a little more, I decided to make a better-for-you version. I think me having this pasta every night for the past week is an indication of just how good it is… To make it “better-for-you” I swapped out regular pasta for this Chickapea pasta that I’m obsessed with (it tastes like regular pasta but is GF, organic, non-GMO, has zero preservatives, is vegan, has 23 grams of protein & has no added sugar. The ingredients are just organic chickpea flour, organic yellow lentil flour, & organic red lentil flour. That’s IT! Plus there are 11 grams of fiber per serving for this pasta which is unheard of when it comes to fiber in pasta. Next instead of heavy cream for the base of the sauce I used coconut cream. At first I was nervous it would taste too much like coconut but the cheese & lemon flavors overpower the coconut making it the perfect swap! I also used a vegan butter instead of regular. This dish is SO easy to make & tastes so delicious! 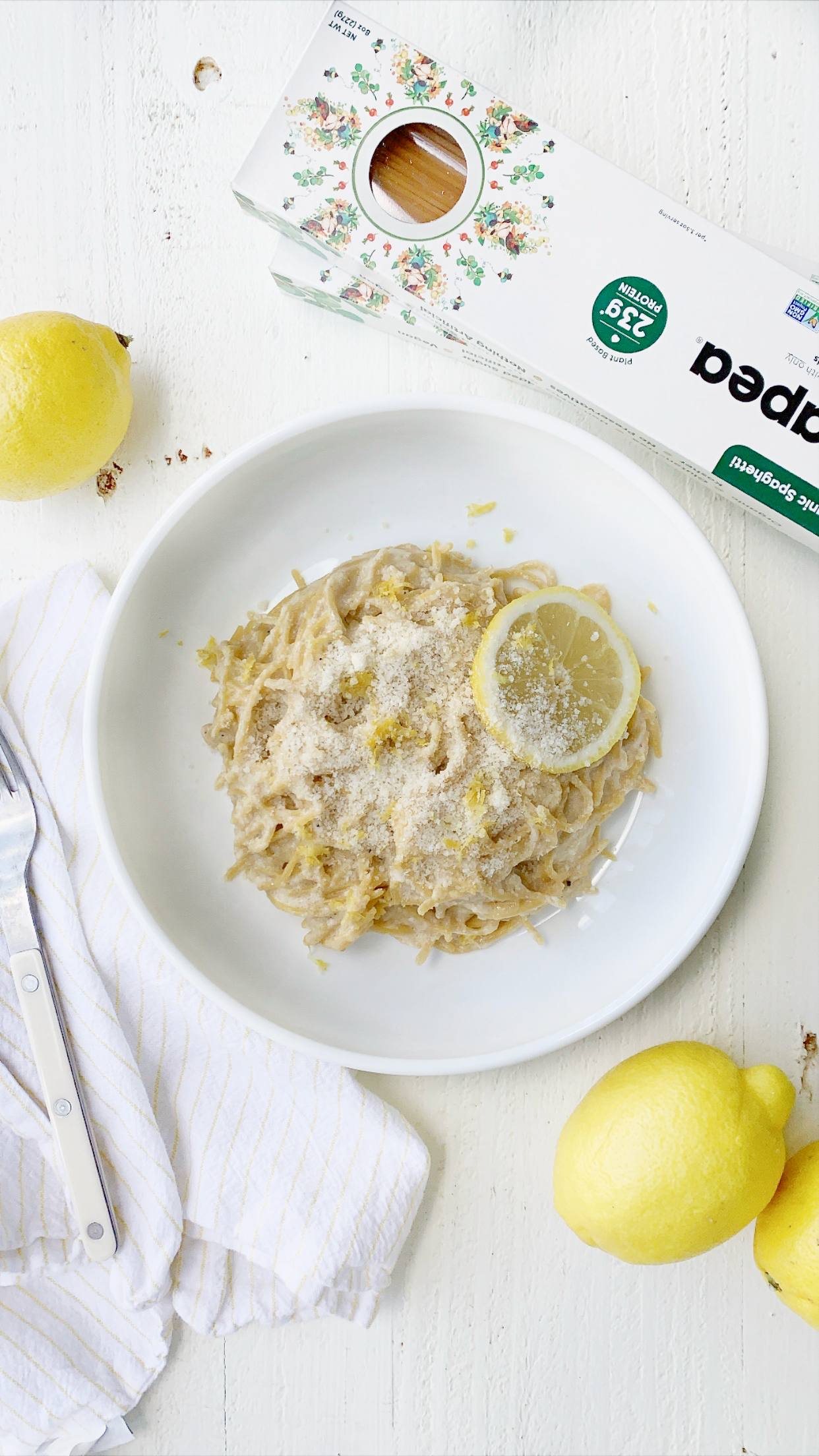 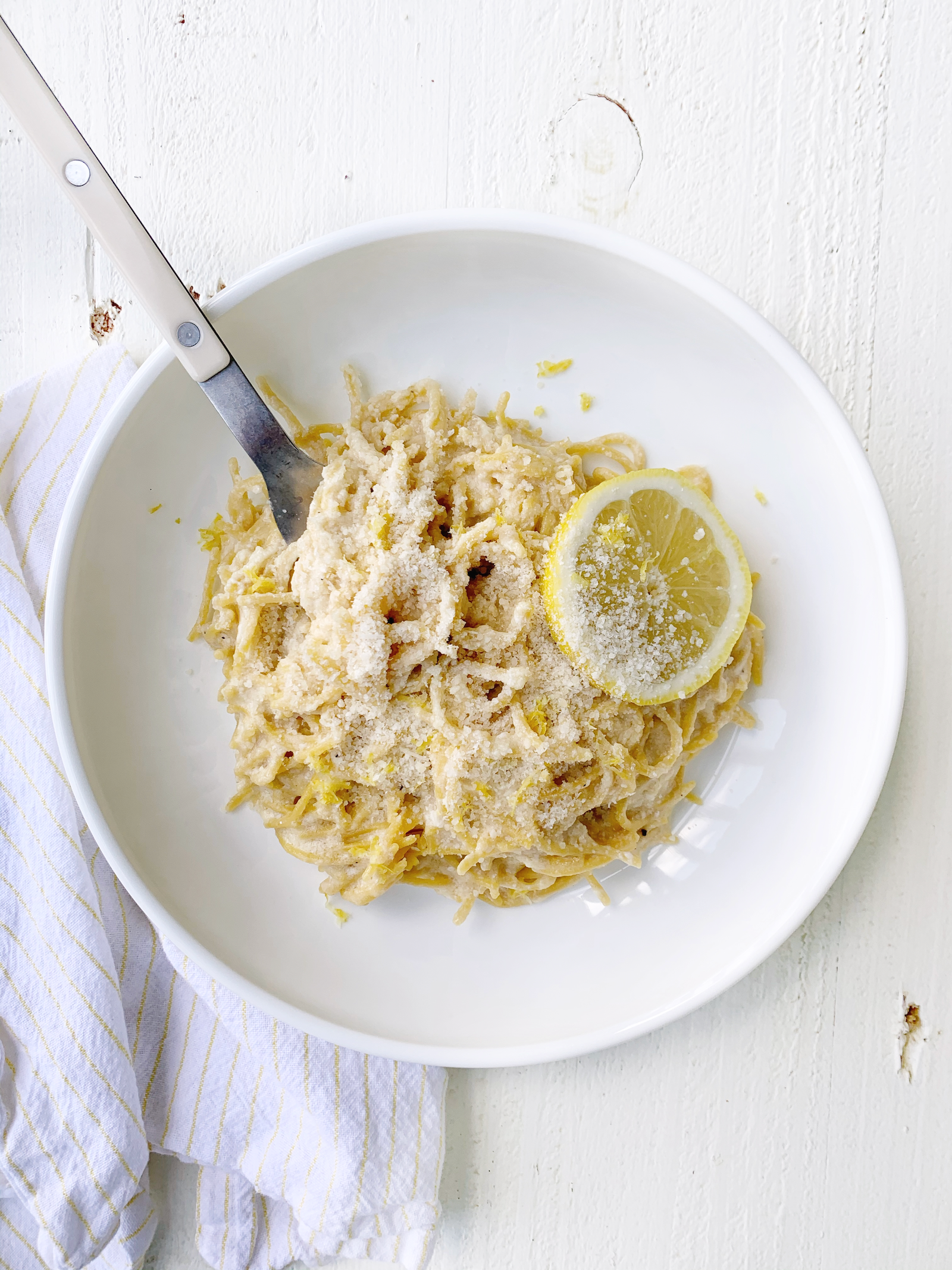