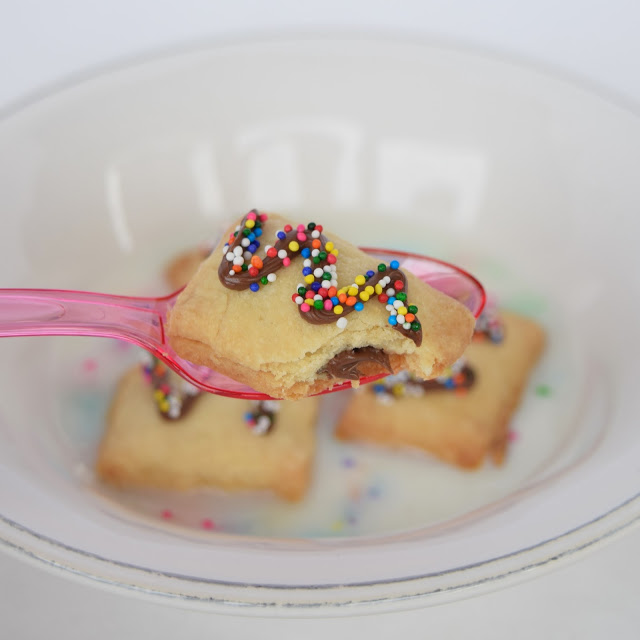 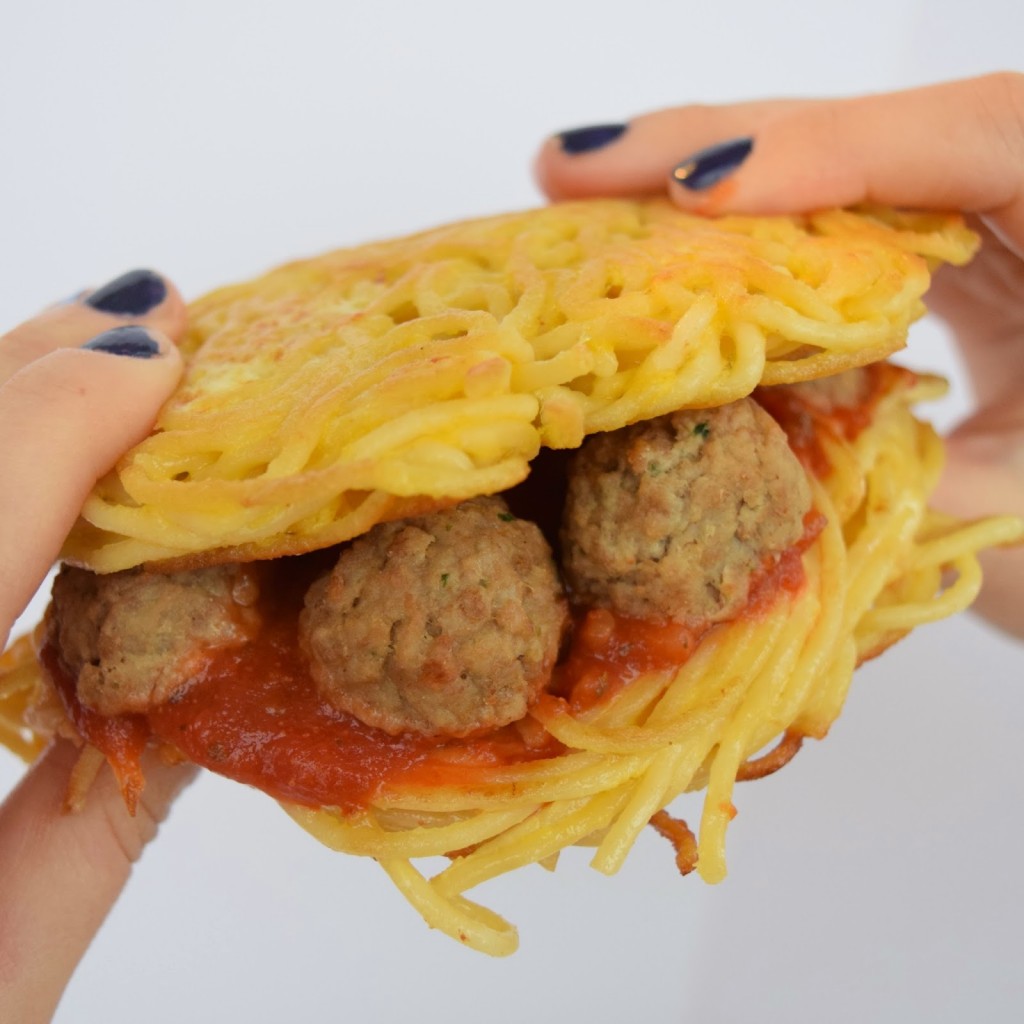 Spaghetti & Meatball Burger: Move over ramen burger, there’s a new pasta burger in town & it’s beyond delicious. Shall we name it the Spurger? Burgball? OK, so I admit the name still needs some work. But the recipe? That’s already been perfected for you. 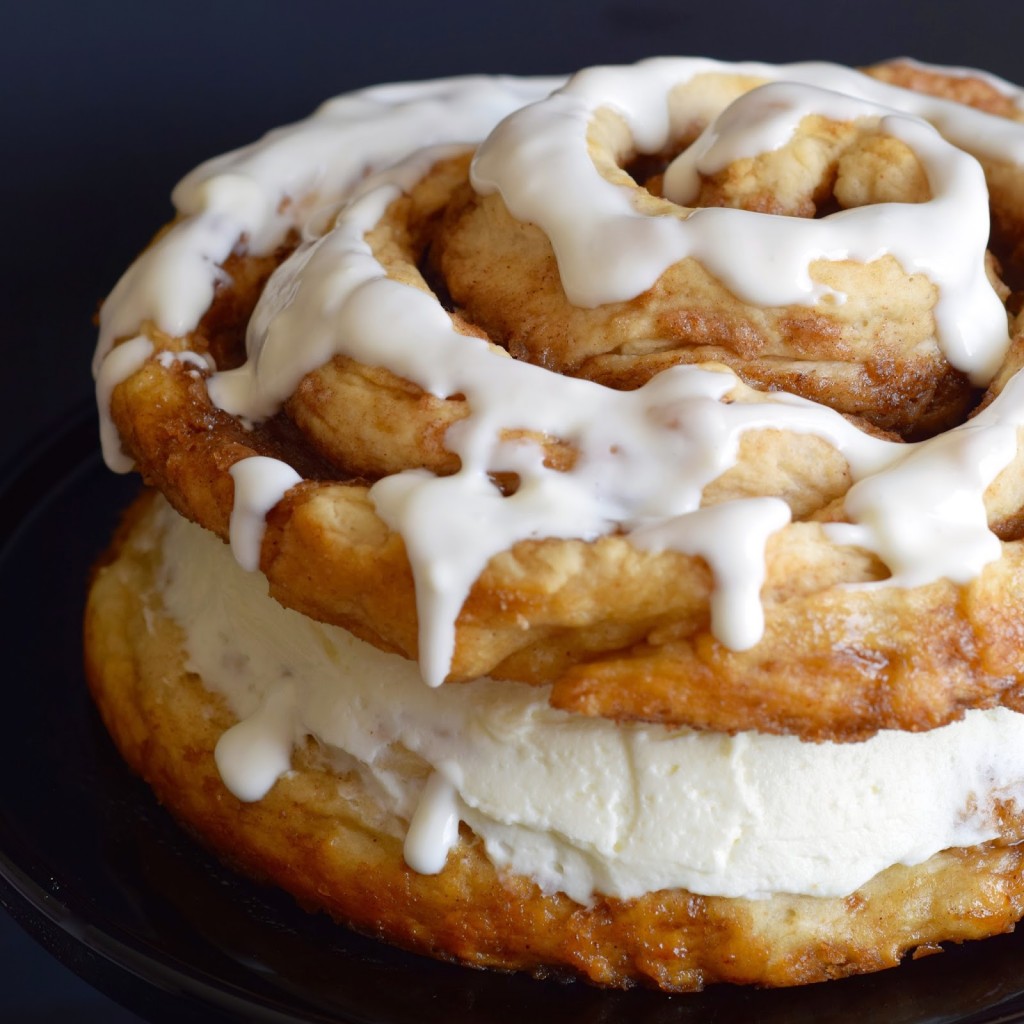 Giant Cinnamon Roll Layered Cake: This recipe is good, scary good, people. It only took me about 5 tries to get the perfect recipe but seriously, it’s so delicious. That’s coming from someone who doesn’t even love cinnamon. Or icing. I know, I know, how do I have a food blog again? 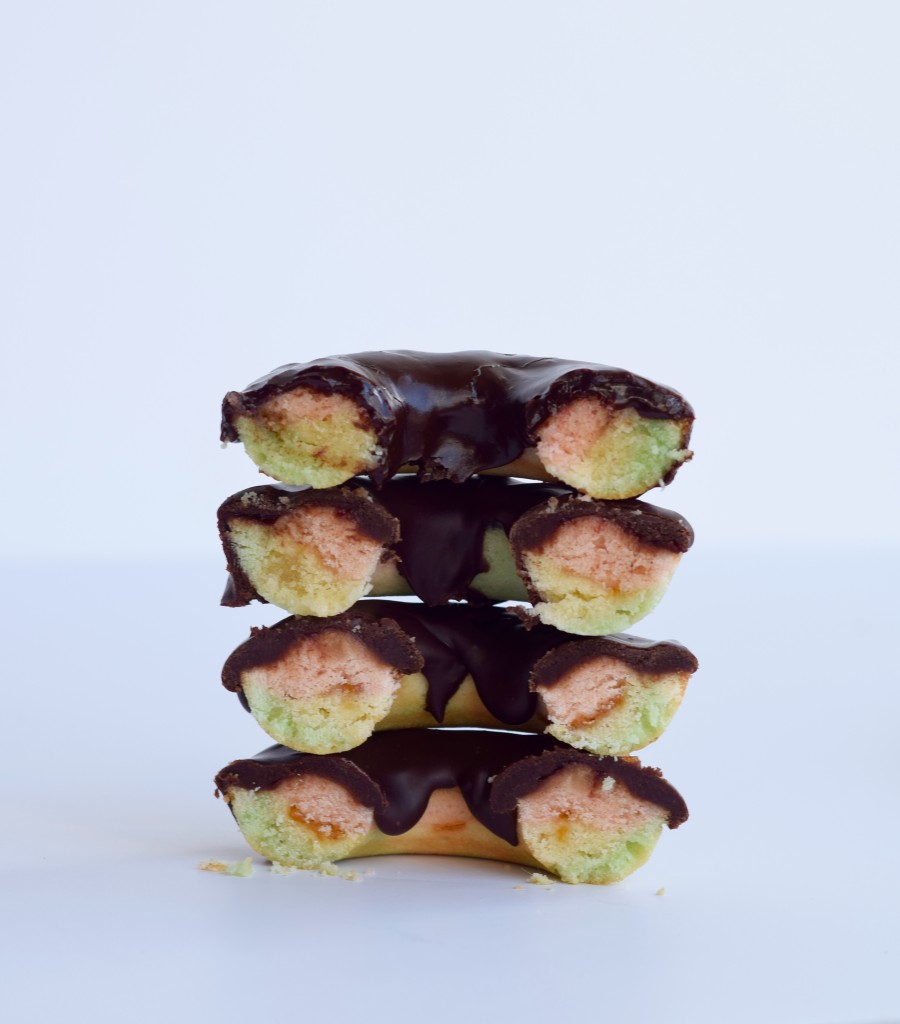 Rainbow Cookie Donuts: A twist on an old family secret recipe, this is one food hybrid not to miss. Between their dense cookie filling, gooey layered jam, or warm chocolate ganache you might want to make this your own secret recipe because trust me you won’t want to share! 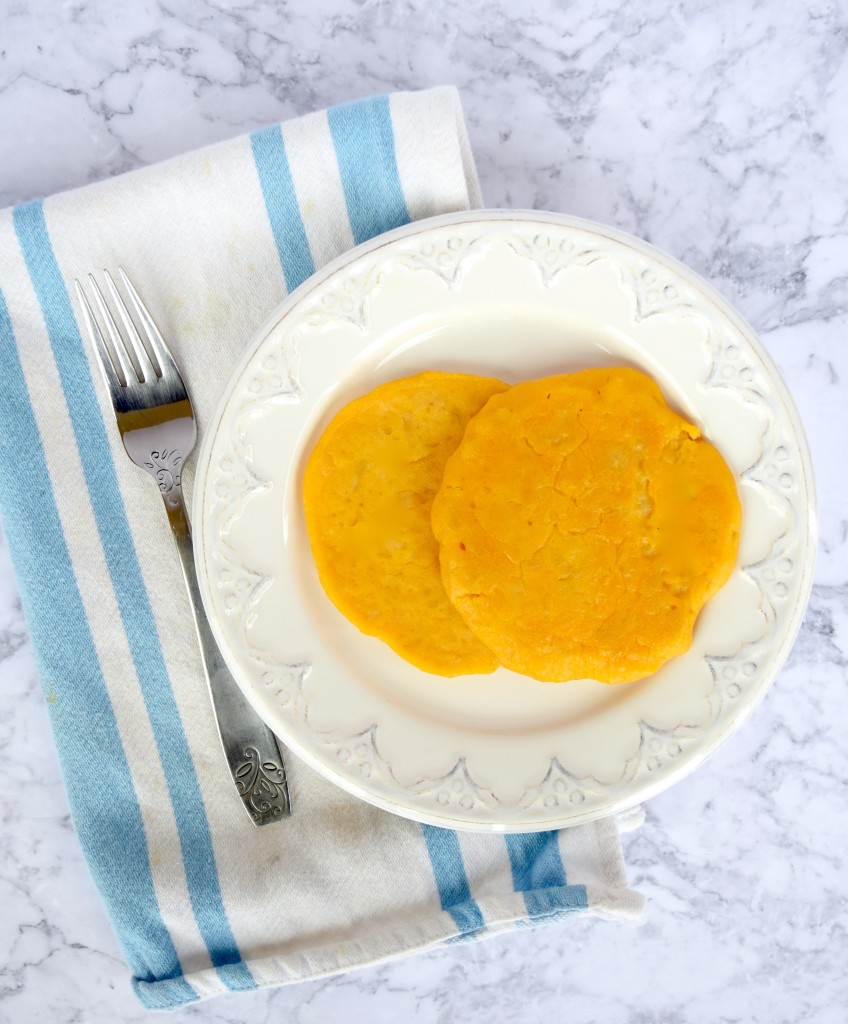 Mac & Cheese Pancakes: Before you start claiming I’ve gone too far this time with food hybrids, I dare you to try this recipe for mac and cheese pancakes. If you use boxed mac and cheese like I did, then it’s a super simple recipe. 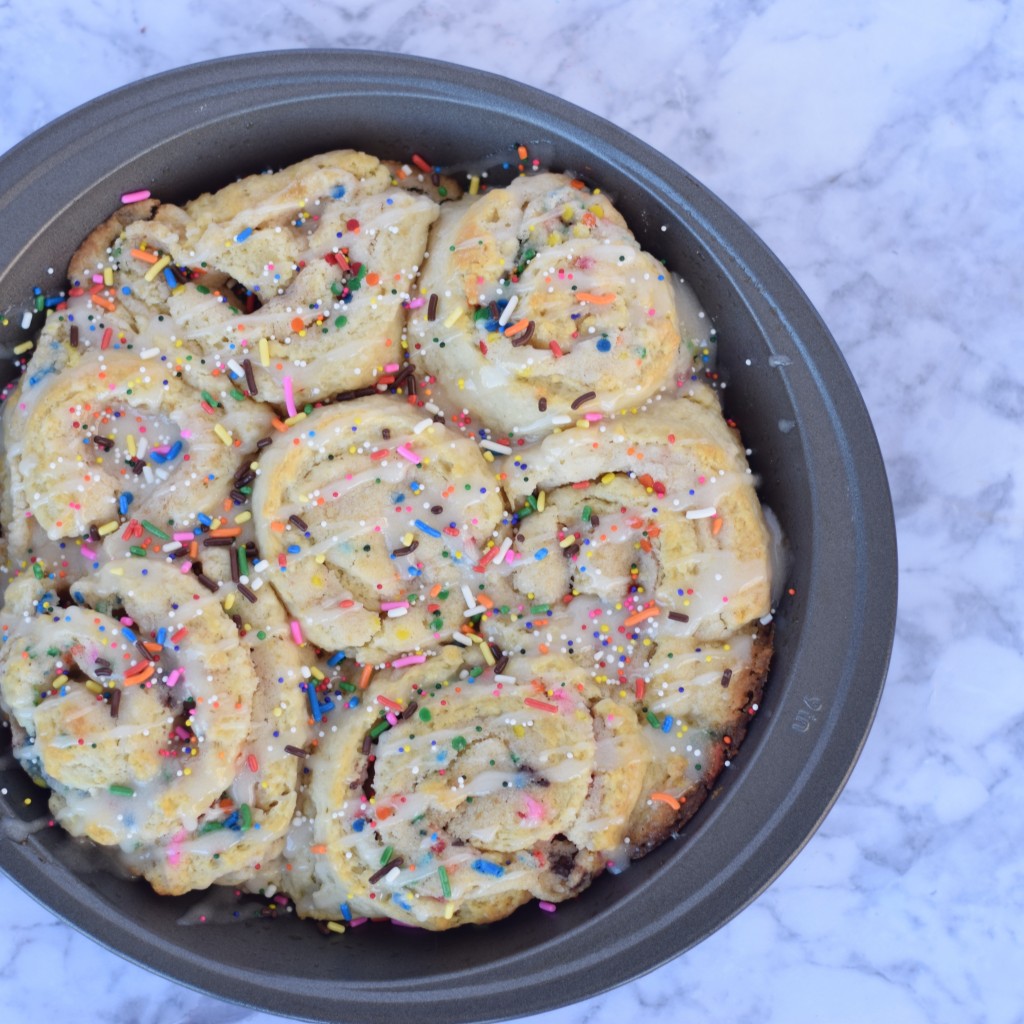 Cake Batter Cinnamon Rolls: In the past I’ve done a lot with cinnamon rolls: pie crust, giant layered cakes, & cookie dough infused. So it was only natural to combine cake into them somehow & come up with this recipe. 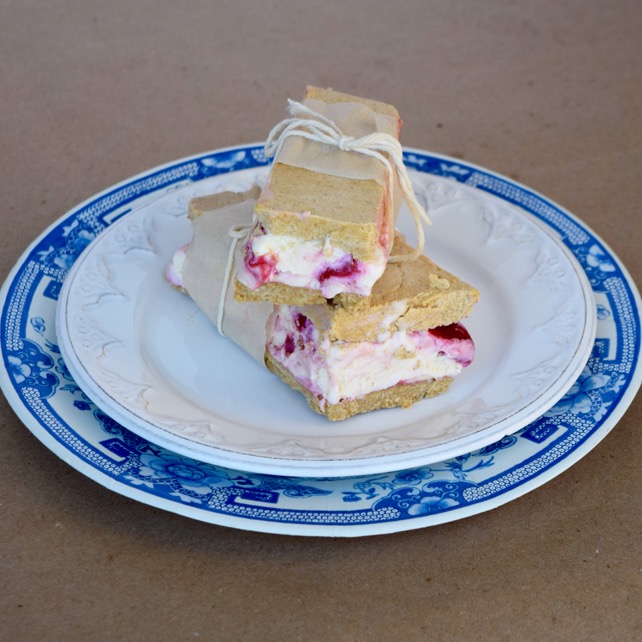 Ice Cream Pie Bars: A pie crust, gooey raspberry swirl ice cream, & a cute way to serve them? Yup, we know, we truly outdid ourselves with this recipe! 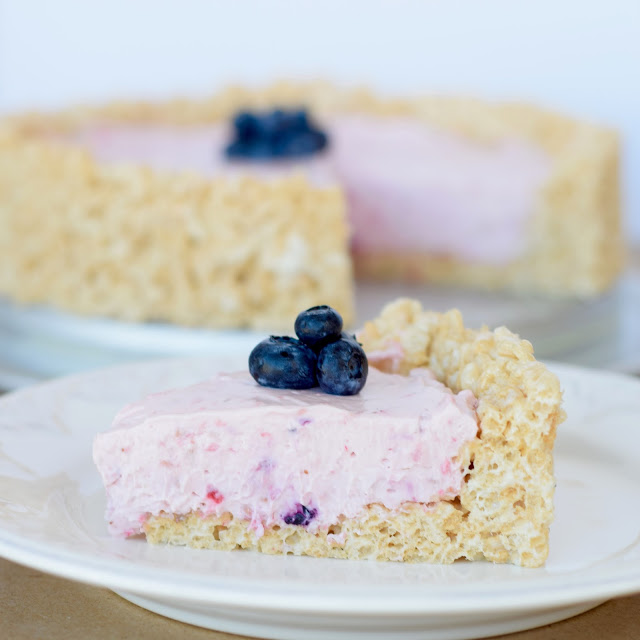